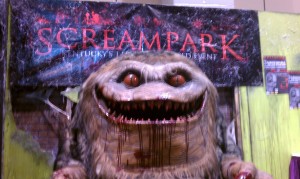 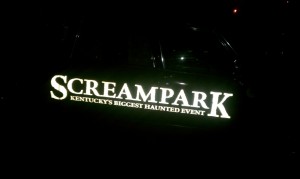 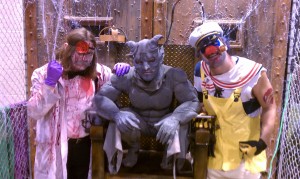 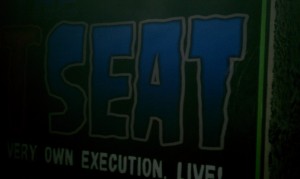 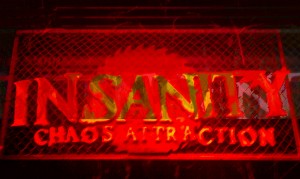 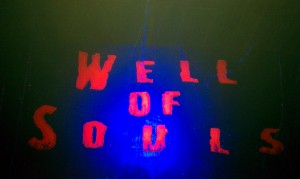 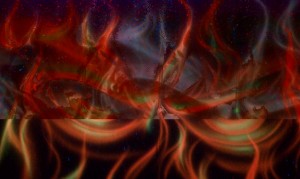 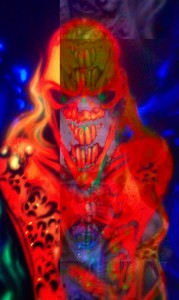 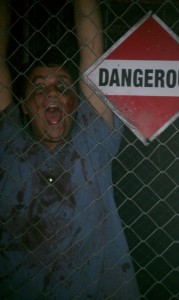 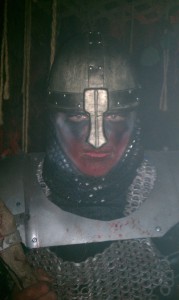 Per My Brother:
It’s been a while since I’ve attended a haunted house, of any type. Most likely, the last one I visited was pre-Millennium, while I was still in college. I can’t even remember where it might have been. Regardless, when I was given the option to attend ScreamPark, I jumped at the opportunity!

Located in Lexington, KY, ScreamPark isn’t just a haunted house, it’s actually three haunted attractions offering two disturbing shows and one monster midway! And new for 2012 is the “Well of Souls — A terrifying journey through Hell!”

Full Disclosure: As I have aged, the motion sickness which I developed as a child has never gone away… in fact, it’s gotten worse. This may be one reason why I’ve strayed from haunted houses and 3-D movies, but it shouldn’t be an excuse for anyone to stray from ScreamPark!

Late Saturday night, after attending the ScareFest Costume Ball, I raced over to ScreamPark for one of their last tours of the night. I jumped in headfirst!

Each of the three attractions are separate but equal within the haunted house. One of three included venturing through a castle. This is the one I considered the best! Great costumes, great props, great scares and pure darkness made me squeal like a pig in fear! My heart was pumping a mile a minute. The next portion included walking with 3-D affixed. For me, I can be a clumsy walker in everyday life. But add 3-D glasses ontop of my prescription glasses, and that can get quite dangerous… in addition to all the scares surrounding me. Quite a few 3-D scares had me going, but the final destination of walking through a 3-D tunnel actually made me feel like I was falling down… and I was starting to get a bit nauseous. That’s some good special effects!

The final attraction offered an especially scary maze, infested with plenty of ghouls! I always seemed to feel like there was no escape. Like the crazy creatures were sure to get me. That is a great feeling for a haunted attraction!

If you happen to be in Lexington, KY during October (and even if you’re not!), you should definitely check out the ScreamPark!