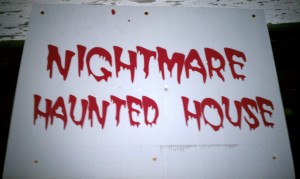 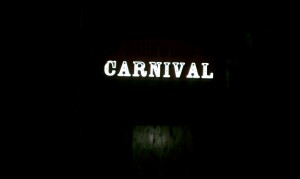 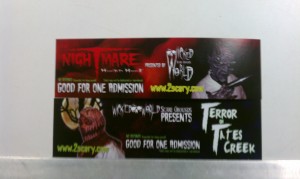 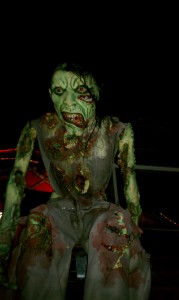 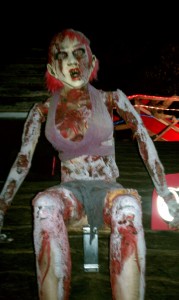 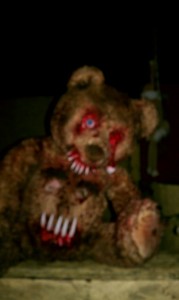 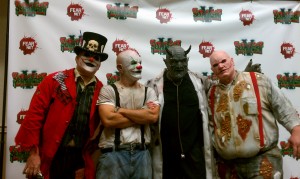 Per My Brother:
After attending ScreamPark, I was definitely interested in having another round of haunted-house shenanigans. Luckily, I ran across Wicked World Scare Grounds and it blew my mind! Located in Lexington, KY, Wicked World was the official sponsor for Syfy’s Monster Man, Cleve Hall. That’s a pretty big honor, coming from someone who knows a thing or two about special effects (he’s created creatures for numerous films at Paramount Pictures, DreamWorks, Warner Bros and Disney).

This is no ordinary haunted house. Wicked World includes two haunts within one location: The Nightmare Haunted House and Terror on Tates Creek, both with their own backstories that would thrill even the likes of Clive Barker!

At ScreamFest, I got a chance to sit down with attraction Owner/Creator Dean Stephens. According to Dean, he created a haunted house in his back yard in 2005. It had 13 scary rooms in it. With no advertisements, only word of mouth, he ended up having 1,000 people attending, all adding donations. That was when he put some serious thought into becoming a professional in the amusement park business. In 2006 he created The Nightmare Haunted House on Manchester Street. In 2009 he had the opportunity to purchase Terror on Tates Creek, which included an outdoor haunted trail in the woods, as well as a warehouse on the property. It’s now two full-length haunted houses, two of the longest-running haunted houses in Lexington, KY. Currently, Nightmare includes 28 rooms and the trail includes 20 different carnival scenes.

Randomly, someone contacted him, letting him know a hospital in Tifton, OH was being torn down and everything was being sold super cheap. “We took a 28-foot box truck to Tifton, OH and filled it from floor to ceiling. Everything in our hospital is authentic.”

The total attraction sits on 15 acres. The trail sits on 5 acres. And the other 10 acres are used to park cars. The indoor haunt takes about 20 minutes to go through. Groups of 30 enter the hospital, then sit in a movie theater and watch a film, which displays the hospital’s backstory. Then groups of six walk through the house. The trail takes about 25 minutes to walk, in groups of six to eight.

“Years ago, haunted houses had black plastic walls, stuff you’d buy at K-Mart, Wal-Mart. People expect more now. We have a lot of animatronics. We try to take it to the next level. We write every backstory as if it was a movie script, and that’s what we’re acting out each night. Our little twisted story.”

“We work on it year-round. We pride ourselves on making detailed sets. I’ve actually had people come to shoot short films on our sets, they’re so realistic. We started Dark Designs studio three years ago, we make a lot of silicon masks and props for the Halloween industry. We travel to a lot of trade shows to sell them. In March, we’ll be at Trans World in St. Louis, MO.”

With little hesitation, I was incredibly eager to visit Wicked World. Entering Nightmare, the attention to detail is incredible. A bloody nurse gives a brief introduction. Then a brief backstory on film. Great acting by the talent, a great number of scares, and did I mention the detail? This grisly 1950s hospital theme would easily win many awards on film. It was my favorite of the weekend. Some of my favorite parts were THE GORY COSTUMES!, riding in the hydraulic elevator, the realistic spark emitter was especially impressive and by far the scariest parts were walking in pure darkness with people popping in and out along the path.

I’ve never been on a haunted trail before, and having the Dark Carnival theme was priceless. Attendees start indoors, wind up outdoors, and end with 3-D special effects to wrap it up. The inanimate things that randomly popped out with real people was frightening. One building had an angled 3-D effect which was incredible, but a bit underused. The Darkwood Carnival a includes freakshow, midway and lots of clowns. Equally scary. And the conclusion of the trail, which offers a 3-D chainlink path to follow was a little too realistic. With my motion-sickness kicking in, I swore I was falling, but in reality, was walking forward normally. Bravo. I’m impressed. And would love to attend again!