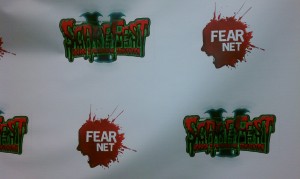 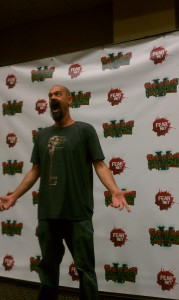 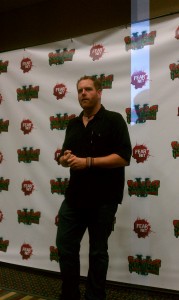 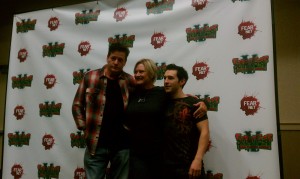 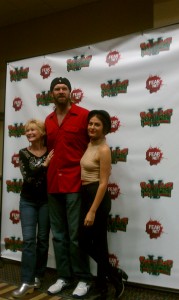 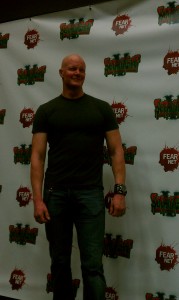 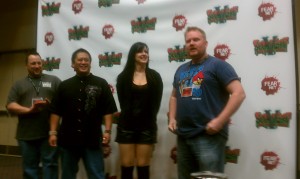 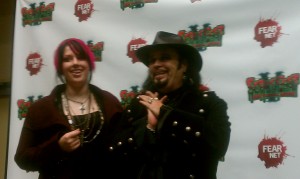 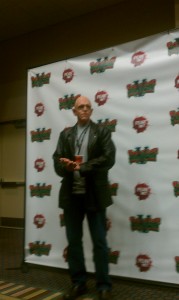 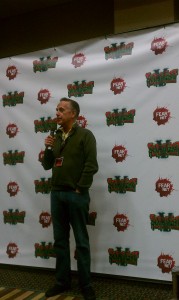 Per My Brother:
As ScareFest 2012 opened to the public, there was great pomp and circumstance. Members of the Lexington, KY Chamber of Commerce made a brief appearance, then an incredibly detailed Jason of Friday the 13th cut the ceremonial ribbon… with his machete! Natch!

Afterward, members of the media got a quick photo-op of some of the attending celebrities. Instead of having a Red Carpet gala, this was the Black Carpet introduction of some of the biggest names in the horror and paranormal genres!