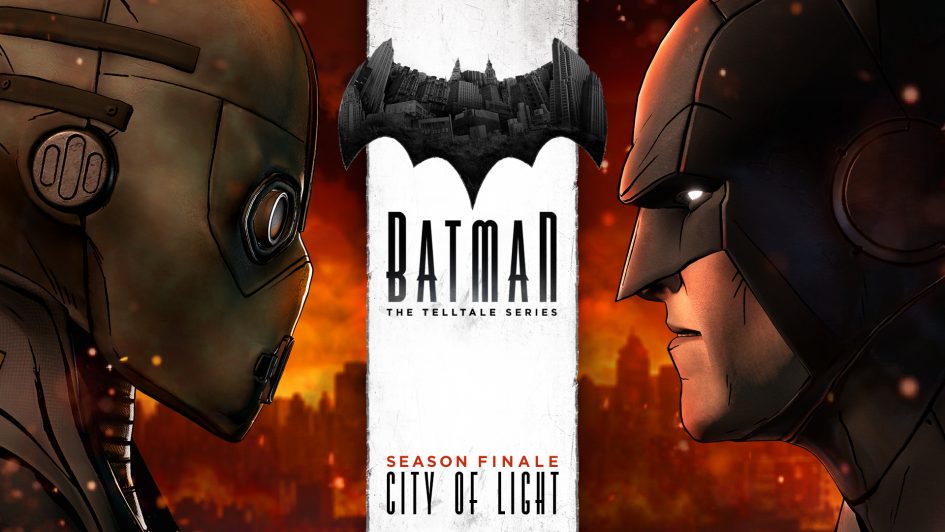 Some say that a person is the average of the people with whom they spend the most time. In the case of Batman, it is one interesting group. Batman – The Telltale Series: City of Light masterfully concludes the five-part series, giving both Bruce Wayne and Batman the redemption he deserves and the allies he has earned.

One of the game’s strengths throughout is its ability to throw curveballs at the player, based on the player’s familiarity with the Batman history. The player expects certain characters and events to unfold in a preordained manner, only to have things play out in a different way.

The series’ overall major villain, Lady Arkham, is reporter Vicki Vale. Players with any familiarity to the comic books or films identify her as a minor background character, who at times has had a strong relationship with Bruce Wayne. Telltale completely reconstructs the character as the orphaned child of the Arkham family, raised in an abusive relationship by her adoptive family. She is set on revenge against the corrupt elite that ended up destroying her parents. Similarly, the reconstructed Oswald Cobblepot is a dark reflection of Bruce Wayne, using guile and deceit to play out his revenge for the fall from opulence and death of his own parents. He is far from the cartoony Penguin of comics and cartoons.

Thomas Wayne purposely committed a number of undesirable people to Arkham Asylum who got in his way. Throughout the game, Bruce is paying for the sins of his family, losing Wayne Enterprises, becoming the most hated man in Gotham and eventually being locked up in Arkham. Every loss feels out of the player’s control. The player is helpless to every tarnish of the character’s reputation. If this feeling is what the game developers were trying to accomplish, they’ve done it, but it detracts from the fun factor of the game.

The final confrontations with both the Penguin and Lady Arkham are done well. Penguin’s final scene is a throwback to the character’s introduction in Episode 1. Lady Arkham’s final battle takes place in an underground mausoleum beneath Arkham Asylum. The dialogue is worthy of an epic boss battle — and although not challenging game play, it is satisfying to conclude this story.

After playing through the entire Telltale series, I’ve come to the conclusion there are no right or wrong answers. Each decision, each piece of dialogue either strengthens or weakens a relationship and it’s up to the player which relationship he or she wishes to cultivate. I feel I could have “won” the game as the cold, friendless Batman, but I value the characters greatly. I always felt Alfred was more than a butler to Bruce, and I let him know that. I constantly trusted Jim Gordon as both Batman and Bruce Wayne. And I replayed the last scene with Selena Kyle three times because I wanted to get it just right. I care about her character and wanted to end the game on a positive note with her. Hers was the only scene I replayed in the entire series.

In the end, Batman: The Telltale Series asks the player to make their Batman or Bruce Wayne as defined by those around them or those they chose to leave out of their lives. It was a fun romp through this version of Gotham City. I look forward to Telltale’s next chapter in the Batman series, one that looks to feature the Batman’s greatest villain in a new and interesting way.