Rogue One: A Star Wars Backstory 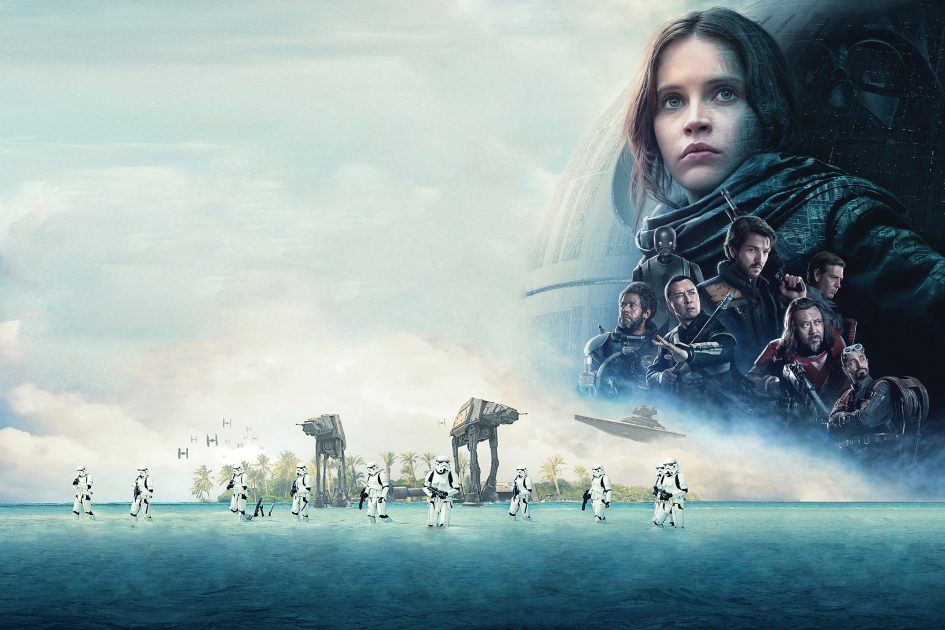 The Star Wars franchise is booming. It was just four short years ago when Disney bought out Lucasfilm and brought a new spark to this iconic movie franchise. Last year, The Force Awakens’ success gave new hope (pun intended) to Star Wars fans everywhere, as the franchise’s prequels garnered much criticism. For Rogue One, it is the perfect bridge between episodes three and four. Most fans knew where the plot would start and end; there isn’t really much of a time gap between the original trilogy and the prequels. What they didn’t know was just how everything would be tied together.

Just like The Force Awakens, there are plenty of cameos from famous characters. Yet, what really makes this chapter flourish is how it got back to its Star Wars roots in a way that younger generations have never seen in theaters. Episodes One through Three were really about diplomacy and the ways of the Jedi. Episodes Four through Six were a good balance between Jedi and warfare. Rogue One, though, is all about warfare.

Rogue One is a great litmus test for how to incorporate a Star Wars story without a single non-red lightsaber. The heroes are the average everyday variety, albeit in a sci-fi and fantasy setting. Some are force sensitive and some have less-than-virtuous motives. There is Jyn Erso, the daughter of a man thought to be traitor to the rebellion. Like Disney’s other new Star Wars heroine, she is a bit scrappy and street smart. Then there is Cassian Andor, a rebel pilot and intelligence officer who gets first word of the Galactic Empire’s new super weapon. The Imperial cargo pilot responsible for the Death Star’s leak is Bodhi Rook, whose choice to defect caused a lot of mistrust from the rebellion. And, of course, the comic relief of the film is a reprogrammed Imperial droid, K-2SO, whose one-liner zingers make it feel almost human. Many other characters add a depth to the Star Wars Universe as well, particularly in ways that intertwine Rogue One with other films.

Disney has, in a way, made their two new movies grittier than the ones they didn’t create. The Force Awakens had a scene where a Stormtrooper leaves a bloody hand print on Finn’s helmet, which was not only graphic for a Star Wars movie, but also a great way to differentiate his character from the rest of the troopers. Rogue One also has that ruggedness. It isn’t actually bloody, but the stakes are higher in an unprecedented way.

As I mentioned earlier, the military and tactics presented make this feel like one of the original films. The audience is treated to epic space dogfights from X-wings and TIE fighters, even as much to show the imperial pilots locking in their targets on a HUD. We also get to see the Death Star in its infancy. While we all know it can blow up a planet, it can also cause destruction on the level of a nuclear bomb, wiping out cities without doing too much damage. It’s beautiful, in a way. The earth erupts in a tidal wave of rock and dirt, in a mesmerizing display of genocide.

Full disclosure, there are plenty of original characters that are quite clearly CGI renderings. It is perhaps the only noticeable flaw in the film, unless you get tired of K-2SO’s unrelenting humor, like I was. Computer-generated imagery often gets criticized, but it is right to be assessed here. It was a bit of a distraction and sometimes just looked unnatural, like a cut scene from a video game. That being said, the inclusion of older characters seemed quite necessary, as they were so integral to the subsequent timeline.

I feel this is the new film that fans will gush over. The Force Awakens was good as well, but had too many parallels to A New Hope. Rogue One is original in its own way, while still being fully apart of other franchise staples. It is a refreshing look at what the Star Wars Universe can accomplish and bodes well for the future of Disney’s acquired franchise.