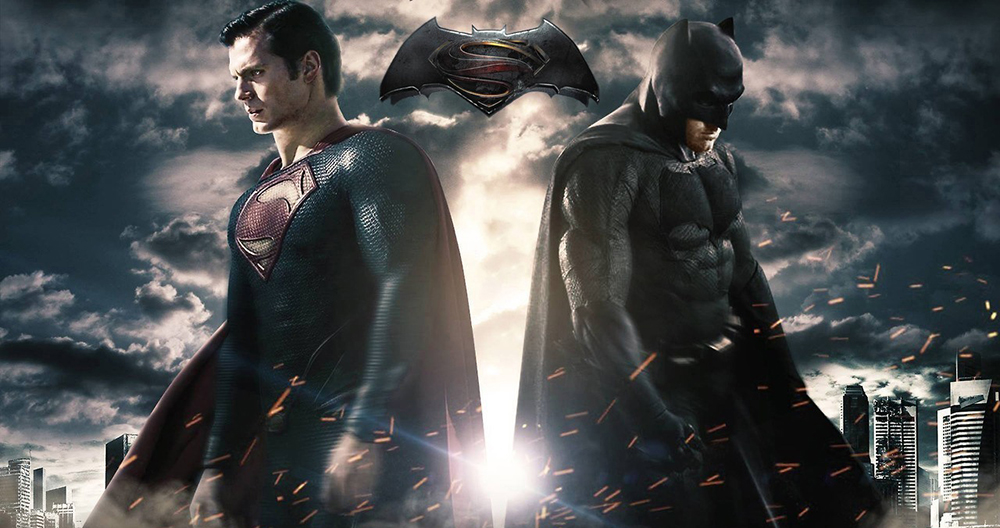 Batman v. Superman: Dawn of Justice really needed to be a masterpiece. It needed to be so impossibly perfect that the most cynical among us would eat their hats, stuffed with crow meat. Heaven and earth needed to move, not just a jiggle or a rattle, but to a seismic extent.

It would be generous to say that the ever-so-cranky geek-culture gave this film a chance in any reasonable way from the moment its title was announced.

Since the miracle-film needed to abate the endless cynical cascade from every basement, blog and comic shop backroom did not occur, the job left to the occasional more-realistic observer among us is to sort out the good, bad and ugly from the rubble. It would be generous to say that the ever-so-cranky geek-culture gave this film a chance in any reasonable way from the moment its title was announced. While that pedestrian mouthful was indeed a precursor to debatable story notions and spoiler-rich trailers, the final product is not a total train wreck.

The debate can be closed on whether or not Ben Affleck should have been allowed to play a character already presented by a half-dozen other leading men. He’s one of the better versions of Batman we’ve had, and his Bruce Wayne performance could be placed next to that of Christian Bale. His grizzled devil-may-care version of the Caped Crusader works in the context it is presented — one where Wayne Manor is a burned husk. More so, in a certain dystopian vision, Bats even willfully uses a firearm, which has been a major sticking point for the most vocal among us. Given the circumstances, that’s the least of our challenges.

It is about time DC got their shit together and screened an actual Wonder Woman. One that doesn’t get sidelined to debates over pants.

Another casting debate to be settled is the everlasting hand-wringing we’ve seen over Gal Gadot’s Wonder Woman. Time to put away the catty snipes concerning her figure or height. Curiosity can now end about her taking her superhero knocks and getting in some bad-ass action next to the boys. While she could have used a little more screen-share overall, it is about time DC got their shit together and screened an actual Wonder Woman. One that doesn’t get sidelined to debates over pants.

Other defensible aspects of the film include a loud but appropriate score from Hans Zimmer, expectedly cool Bat-tech, interesting glimpses of some super-peers to come and an arguably underutilized Jeremy Irons as a very sarcastic and worn-out Alfred. Even the too-much-too-soon wad-blowing performance of Jesse Eisenberg as Lex Luthor is something of a manic novelty. While the total delivery of his brand of intellectual crazy would have been more effective if paced over two movies, those who lament his youth, his hair or his gleeful mental imbalance are ignorant to some roots of the character.

There is still plenty to be concerned with in this film, which drags it down from being good, to being just mostly good enough — and even that measure depends on your patience and flexibility. The tone is very dark, Superman is even more lacking in depth than in Man of Steel, Lois seems forced into the plot, Clark and Bruce find a somewhat disappointing basis for truce, and the whole film runs a solid half hour longer than needed.

Don’t bitch about spoilers, you got this far, and if you didn’t see him in the trailer, you were asleep.

That is chiefly because of a clumsy effort to cover far too much story ground. They’ve combined the Bats v. Supes story with a bit of Injustice and topped it off with Doomsday. (Don’t bitch about spoilers, you got this far, and if you didn’t see him in the trailer, you were asleep.) Each of those plots is easily a hefty tale of its own, and when rolled into one, it makes for a very busy piece. The worst part is how much promise each of them might hold as their own standalone. We only see a glimpse of those two subordinate tales, while knowing that’s all we’re likely to have.

All of the biggest weaknesses of this film come back to the one most bothersome thing about DC’s efforts in cinema: idiotic disconnection. This release really needed to make a solid case for their insistence on separating their superior television universe from their film continuity, and it did not. In fact, it simply reinforces the mystery of why that’s not the case. Fans bemoaning the presence of director Zack Snyder can whine and cry about his style all they want. Ultimately, it falls to DC that they’ve allowed the stark contrast of motifs in these two areas of their media.

For a company whose primary competitor has suffered endless headaches concerning licensing and creative control over their characters on screen, you’d think DC would want to flaunt their total-ownership at Marvel and unify everything in their empire. This causes one to ponder… are they just stupid? Inept? Lacking in vision? Something that seems like such an obvious opportunity to say, “See? We get to use these characters in any way we want, any time,” surely should have appealed to someone with decision-making power along the way.

We don’t need another Flash, we’re missing Arrow’s charm, and we’re starting to see the time displacement of Gotham and all its darkness as being a breath of fresh air from wherever DC is trying to go, when it comes to this Justice League venture.

Time will tell, and giving up on DC’s films would be a bit drastic, right now. However, there is plenty to be criticized in Batman v. Superman and it all seems very earned. Conversely, there is plenty to be enjoyed as well, and those of us who are hard-core nerds to every stroke of the story from the page probably need to loosen up and remember how to simply enjoy a flick, toss back the popcorn and chill out.

It is still great to be alive, when we have all these comic book films to bitch and moan about, right?