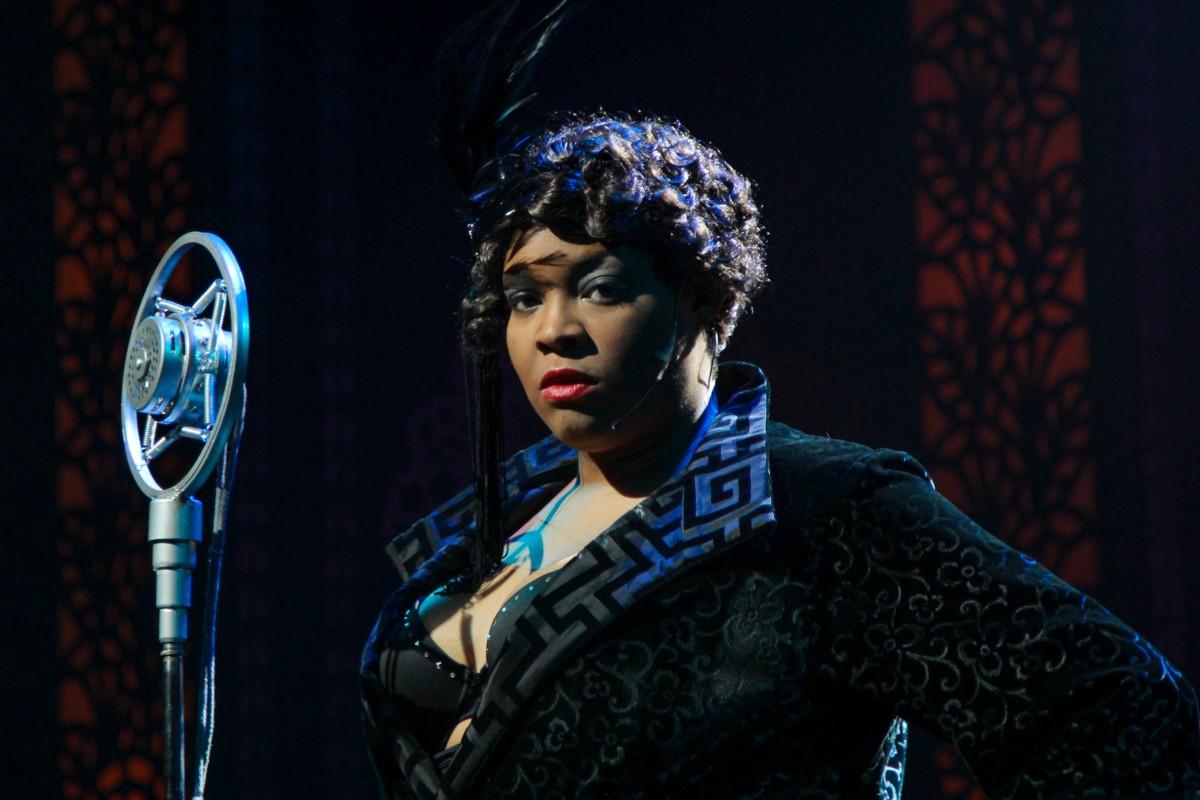 Per Matt
The truth may be out there, somewhere, but at the Cook County Jail, it’s a fuzzy science.

Appearing at the Andrew Johnson Theater in the Tennessee Performing Arts Center through April 16, 2016, Chicago is a killer musical, where all the convicts believe in their innocence so much, they practically will it into existence — in spite of the facts. Set during the Roaring Twenties, Chicago focuses on the women who commit high-profile crimes of passion and the Razzle Dazzle they hope to create by pulling all of the necessary emotional strings that will result in their freedom. These celebrity criminals speak toward the U.S. justice system, which still feels relevant in this day and age.

The notoriety of vaudeville star-turned-killer Velma Kelly (played by Corrie Maxwell) quickly gets bypassed when Roxie Hart (Martha Wilkinson) gets booked for shooting her lover in this Nashville Repertory Theatre production of the Tony Award-winning musical. As Roxie becomes the new It Girl of the cell block, Velma desperately reaches for the spotlight, but ultimately fails. As the two prisoners quickly learn, When You’re Good to Mama — that is, “Mama” Morton, powerfully portrayed by Jennifer Whitcomb-Oliva — good things will happen. Not only the local talent scout for the prison, but, for a price, Morton can hook up the inmates with the most unscrupulous lawyer around, who has an unblemished track record for reimagining the truth: Billy Flynn (Geoff Davin). Roxie’s all too eager to become Flynn’s media puppet, in order to break out of the big house.

Throughout the play, Nashville Rep creates an intricate nightclub setting that feels larger than life whenever the live band performs. Overall, the attractive stage is used effectively, which allows the actors to create great audience interaction. Surprisingly, there were quite a few performers making their Nashville Rep debuts with this production, including Belmont University graduating senior Wesley Carpenter. Each of the actors transforms into their characters nicely, with notable performances including Whitcomb-Olivia and J. London. The true unsung heroes of this production are the musicians in the pit, led by Music Director-Conductor Jason Tucker, who create a fun, flapping atmosphere, where the music becomes a very important supporting character in the show. As you can tell, I was really digging All That Jazz.