Beer with a Brewmaster: Ben Bredesen 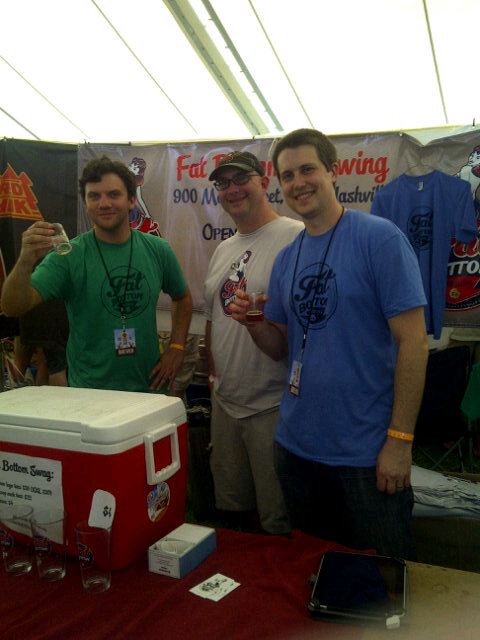 Per Matt
Fat Bottom Brewing was the first brewery to call East Nashville home, thanks in part to Owner and Head Brewer Ben Bredesen. In my Beer with a Brewmaster interview, we discuss Mr. Bredesen’s brewing background, preview its upcoming Fall seasonal beer and highlight the brewery for being the first in Nashville to can its own beer.

How did you get started in the beer industry?
– “Originally, I got started as a homebrewer. I was buying too much beer, so my wife said I had to stop. She got me a book on homebrewing. I did that for about 10 years and I finally decided to take the dive and open a brewery.”

What were some of the crazy ingredients that you tried to brew, to see if they’d work?
– “The craziest one is the ginger, which ended up in our Ginger Wheat. I love that beer. In 2008 or 2009, I was experimenting with different ways to bitter the beer and landed on ginger root. It took me about two to two-and-a-half years to really figure out how to add ginger, how to prepare it, when to add it in the process, to really nail it down.”

Did you know any of the current brewmasters while you were a homebrewer?
– “I didn’t know anybody before starting the brewery. It’s something I actively tried to cultivate, while I was in planning. I wanted to go meet everybody who had a brewery open or was planning to open one soon, because I want to be a part of the community. That was an important thing for me, to go out and meet people and cultivate that relationship.”

Was there anybody who offered advice while you planned your brewery?
– “I probably spent the most time talking with the folks at Jackalope, particularly about the equipment, because they were getting their equipment in right before I ordered. We talked a lot about manufacturers, set ups and lay-outs and lot of things that were really helpful in planning my brewery.”

Does the Nashville brewery scene act like a community, helping each other out?
– “Absolutely. We all try to help each other out, when we can.”

Fat Bottom was the first brewery in East Nashville. How did you choose that location?
– “Well, I live in East Nashville. I live about a half mile from the brewery. I was really fortunate to find the space. There’s not a lot of industrial space in East Nashville. I was looking in Sobro, Germantown and a couple of other areas. This building just fell in my lap. I knew an interior designer. Her husband was the leasing real-estate agent and he heard I was going to open a brewery. So, he got in touch and I fell in love with the building and got a lease done.” 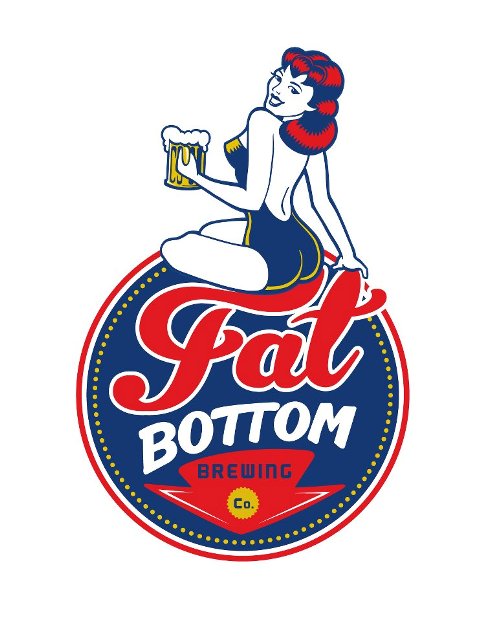 Isn’t the Ruby a little hoppy?
– “It’s got a little bit of a hop bite to it. It’s really balanced. I mean, it’s got some malts we toast on the front and then there’s hops to balance it out, on the back end.”

Tell me a little about the canning process for your beer.
– “We’re the first brewery in town to introduce 16 ounce cans — the first line to actually operate in town. There’s not a lot of packaging brewers in town. Most of them are doing bottles. We really wanted to stand out, with a different package and to select a better package for the beer. We think cans, overall, are a better package. It helps the beer survive on the shelf longer. In general, we can’t control the beer, after it leaves the brewery. So, we want to be as protective as possible.”

As a dark-beer fan, what kind of trends have you noticed in the craft-beer industry?
– “Well, we’re definitely seeing dark beers become more popular. The Bertha, our oatmeal stout, and the Betty, our black IPA, those are both more popular than I expected them to be. Actually, in Chattanooga, we’re seeing a big surge in the stout, even in the middle of the summer. More people are drinking that beer and they get really excited when they see dark beer, especially in the warm months.”

I’m always visiting your booth at the Way Late Play Date. How did Fat Bottom get involved with the Adventure Science Center?
– “That was actually a friend-of-a-friend connection. My original salesman knew some folks over at the Science Center. They told him about the events and told him they were looking for some beer. We got the connection and it worked out so well. It’s such a great event to attend that we’ve participated ever since then.” 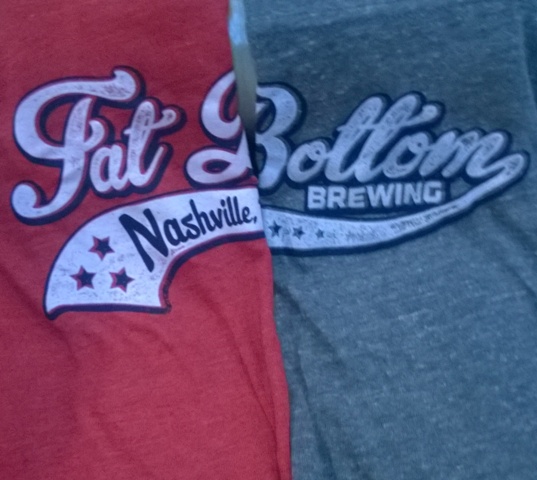 In terms of hoppiness, what kind of beer trends have you noticed in the craft-beer industry?
– “Hops are definitely popular. Our second-best seller is our IPA. I think it’s a flavor people that people understand. I will say I love hops and I love IPAs and big-hoppy beers, so I think that’s why it’s popular. Certainly, I would like to see everybody explore and try new beers and expand their reach, but certainly I understand why hops are popular.”

What are your thoughts on pumpkin beer? Will Fat Bottom release one in the future?
– “We get a lot of requests for pumpkin beer. Personally, I’m not a fan of them. I like pumpkin pie, I like the spice, I like all the flavors, but I just don’t want it in beer. So, I’ve never really worked to make a pumpkin beer.”

Can you preview your upcoming Fall seasonal beer?
– “We’ve been playing with some different barrels over the last 12 months. I think we’re going to release a bourbon barrel-aged Scottish ale as our Fall seasonal.”

What do you think aout Nashville’s expanding microbrewery scene?
– “I think it’s great! I love the fact that there’s so many brewers opening, so many in planning. I think that having more breweries just builds more awareness. I mean, we’re still fighting an uphill battle against the macros. When I look at all the breweries in town, I don’t see them as competition. They’re really partners in arms, I guess. We’re all very friendly with each other. While we’re certainly competing for the same local drinkers, just having more beer on the wall, more beer on the shelves will help bring more people into the craft fold.”