Blumhouse Gets Freaky with Vince Vaughn 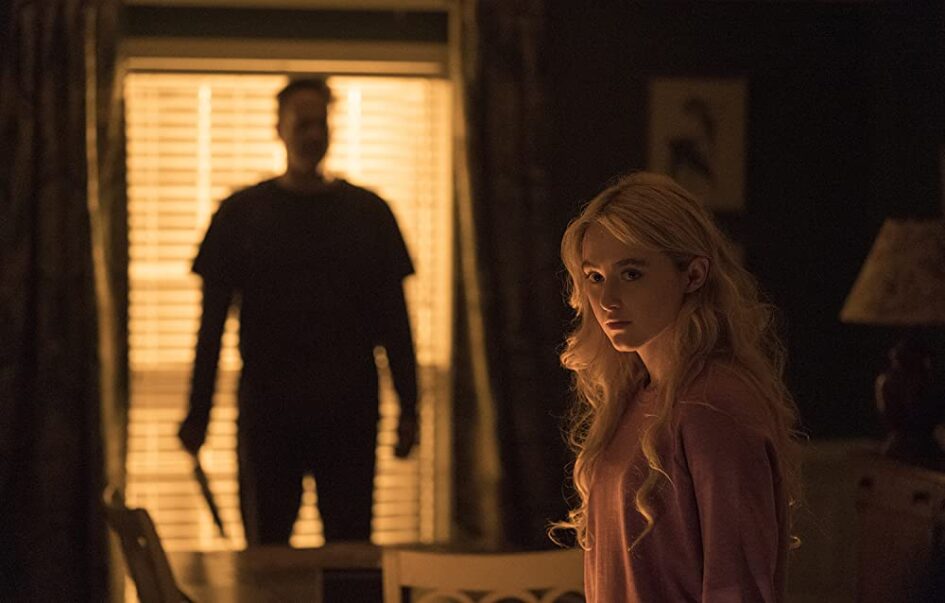 Per Matt
I’m not gonna lie, I wasn’t expecting a lot from Freaky. While I haven’t seen a body-swap movie in a hot minute, I didn’t know whether Vince Vaughn could actually pull it off. As a film with a familiar twist, how would the comedic actor pull off dual dramatic roles so central to the film’s premise?

While watching this slasher, I kept thinking to myself, “Blumhouse Productions is stacking the script, placing Vaughn’s character in uniquely difficult situations, building upon each one while allowing the actor free reign to release his outrageousness within this horror comedy. I love it!”

In his first-ever horror film (that I believe), Vaughn does a pretty great job as the protagonist/antagonist here, while the perceived main character’s screen time (played by Kathryn Newton) is inexplicably minimized. That leads to some bloody sweet situational comedy as the Blissfield Butcher unwillingly switches bodies with a female highschooler on Friday the 13th.

Homecoming gets canceled while the death toll increases, and an urban legend becomes reality. Will “Murder Barbie” continue her rampage, while a middle-aged psycho killer gets wrongfully blamed? Now, that’s Freaky!

Honestly, I hadn’t seen anything with Vince Vaughn in it for a long time — I mean a REALLY long time! I wasn’t even sure if he’d been working lately until I finally caught him in the latest season of Curb Your Enthusiasm a couple of months ago. While the actor seems to continually play himself in every project he appears in, I was ecstatic he went against type with this role.

His voice can be annoying as he tries to sound female (while running like a girl, BTW) at times, but not others. The horror tropes are present throughout the film, although his counterpart has the strength of a high school girl in all but the final confrontation. Somehow, she temporarily becomes unusually strong in that scenario. Some consistency would’ve been helpful.

Emitting eerie voices, the McGuffin here (an Aztecan sacrificial weapon) never gets fully explained. As a lifelong fan of supernatural stories, I wanted to know more about the mystical artifact and its powers, but once the characters’ consciousness changes back into their original bodies, the storyline no longer needs to show the item’s importance.

So, what would you do in order to permanently switch bodies with a cold-blooded killer? It seems like Millie (Newton) will do whatever it takes. She makes a pretty good final girl, even if she spends three-fourths of the film silent, masquerading as the bad guy. I would have addressed this situation within the script, but that’s really the only complaint I had.

As a Blumhouse fanboy, I enjoyed the movie more than I had previously expected, and the antagonist’s costume is yet another Halloween idea to come from the studio that may keep the character within the pop-culture zeitgeist for years to come. And the creepy Aaron Rodgers mask was a pretty great addition as well — inadvertently the funniest/scariest element of the entire film!