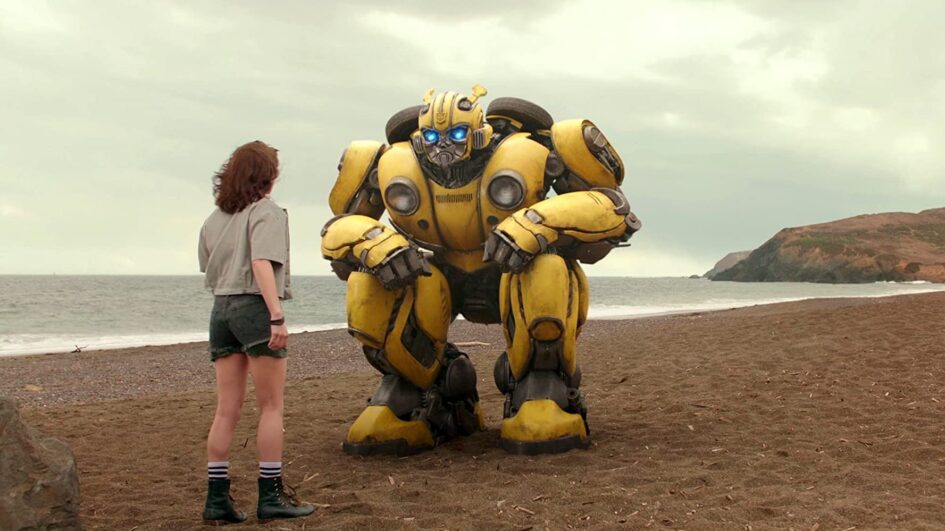 What's next for the Transformers film franchise? Why, Bumblebee 2: Electric Boogaloo, of course!

Per Matt
The robots in disguise are definitely stuck between a rock and a hard place. On one hand, there’s the Michael Bay live-action movies (affectionately labeled as Bayverse), which focused on endless action, terrible writing and extremely poor-looking character molds. Then there’s the Travis Knight-directed Bumblebee prequel/spin-off, which was created to effectively reboot the big-screen franchise, branching into a different direction than the Bayverse. But was the film too much, too late?

This fanboy believes there’s more than meets the eye when determining the success of the franchise and I demand a better Transformers big-screen experience.

For 34 years now, I have declared The Transformers Movie as the best film of the franchise (and honestly, the ONLY movie, in my opinion). After five releases racked up hundreds of millions of dollars at the box office, the Bayverse Transformers definitely suffered from Franchise Syndrome by its conclusion, which sparked a rare genius moment for its filmmakers. What if the franchise swerved into a different direction? One which offered a bit of fan service, since each of the five outings totally destroyed any sense of continuity previously established by its canon. Could a fan-favorite character, one which never actually “speaks” in the previously released films, potentially resurrect the entire franchise?

Wiping away the Bayverse as if it was a bad dream, Bumblebee, as a prequel/spin-off, offers a decent storyline structure that future sequels can follow. I would argue there’s far too much teenage angst to go with so much exposition in the film, along with too much time focused on the humans, but it did get one thing right: Make the robots identifiable. The fight scenes were still a mess — although a tad more perceptible than Bay’s blurs — Bumblebee was the most child-centric of all the Transformers movies. Regardless if you, the viewer, believed Hailee Steinfeld as the outcast teenaged mechanic, its unnecessary misfires at humor and human-centric storyline removed the Cybertronians from the robots in disguise, pushing the stars of the franchise into the background while featuring too many period pop-culture references.

Honestly, as a soft reboot, Bumblebee was a letdown, as the storyline is way too slow to develop. There were some great Easter eggs, though.

The gears have been grinding out an all-new canon for the franchise for many years, now. While there’s G1 canon that differed between the original animated TV show and the grittier, more deadly Hasbro comic book series, I prefer an amalgam of the two. Subsequent series tried to stay within the same universe while making drastic changes. I chose to believe those were taking place within the multiverse, never actually influencing my favorite characters, taking place within a totally separate storyline. But then High Moon Studios released War for Cybertron, followed up with Fall of Cybertron and I was hooked on the slight mythology changes for these robots’ backstories, creating an all-new modern-day world for which these ’80s characters could live. Bumblebee, much like its Bayverse predecessors, ignores all of that.

It should definitely be noted that The Transformers‘ Live-Action Future Relies on its Animated Origins, despite the direction where the films might go.

So, what’s canon vs. non canon for these shapeshifting, sentient robots? The truth is definitely a murky gray. The easier answer stems from which version of the robots you like the best.

Michael Bay remains a part of the creative process for future films, credited as an executive producer. How long will it be until these new films follow his past influences? As the best-reviewed live-action TF film, Bumblebee earned more than $400 million at the worldwide box office, so green-lighting a sequel seemed like a no-brainer. The big surprise was the announcement that story development has already begun for a sequel to The Last Knight, picking up much later after that film’s conclusion.

As a decision I made long ago, Michael Bay won’t receive one more of my hard-earned dollars for what he’s presented on the big screen for my all-time favorite ’80s toy line. He could have attempted to follow Hasbro’s lead long ago, but he obviously thought he could tell a better story than the original one told by its creator. I do hope for a storyline closer to that which originated years ago, but I am incredibly realistic. Fool me once, shame on me. Fool me six times… have I learned nothing from DreamWorks’ and Paramount’s past endeavors?