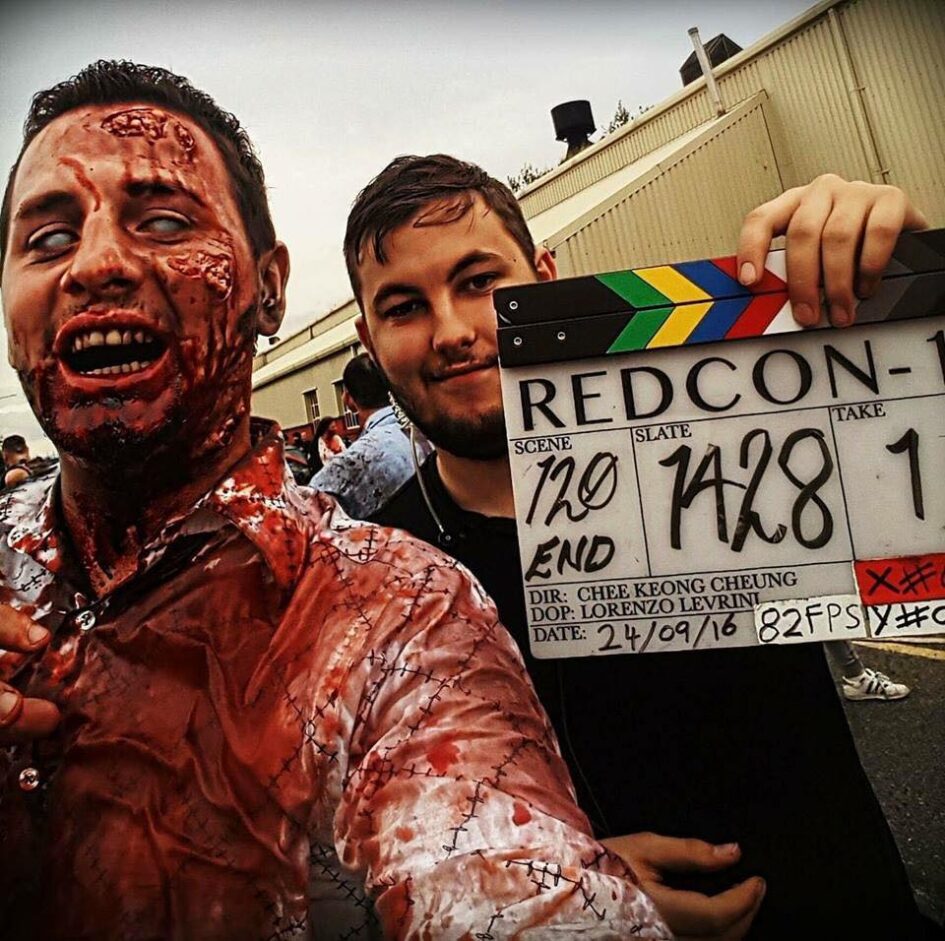 Per Matt
During these harrowing times of the COVID-19 pandemic, I turn to survival horror in order to somehow make it through the day. So, I was actually looking forward to finally watching Redcon-1, a British Zombie movie that was originally released overseas in 2018 for My Guilty Pleasure.

Writer-director Chee Keong Cheung tells the tale of a military special-ops unit that’s deployed to rescue a scientist within 72 hours, before the quarantine zone gets overrun by undead monsters. The bloodborne pathogen presents never-ending threats to humanity. Ultimately, it’s an extinction-level event that’s a race against time, fighting an enemy without compassion, a soul or a heartbeat.

On the outside looking in, that synopsis sounds entertaining, possibly even mirroring our current situation. Released by Apocalypse Pictures (sounds appropriate, ‘natch), riots break out before a deadly outbreak spreads from a prison to the outside world. Highly controversial genetic manipulations have mutated and the undead are evolving, attacking out of fear and paranoia. The soldiers seek Dr. Julian Raynes for a cure, but may find answers in unexpected places.

“It’s me and you against the world.”

After 31 days, the team is no closer to finding a cure as they fight off hordes of the infected. There’s so many enemy ambushes and double-crosses, eventually they actually feel predictable for this gritty, grimy shaky-cam movie, featuring a whole lot of over-exposed lighting. Moving as a team through tight quarters really reminded me of Left 4 Dead at times and the slow-motion finale where the heroes fight off hordes of monsters
felt like inspiration from the Dead Rising video game franchise.

The special effects were below par for the grim storyline, but in the end, there is hope. Kinda like this whole Coronavirus thing.

From what we know about the initial outbreak, it seems like all of this could have been prevented… but it wasn’t. A lack of communication between two opposing parties prevented any actual progress in ending the threat. And the origins seem to change by the minute. While I didn’t really enjoy watching the low-budget movie, maybe Redcon-1 was the perfect film for a horrified public to watch during an actual outbreak.

At one point, I thought this one had the initial feeling of 28 Days Later, yet another British film dealing with fast-moving hordes of the undead, but then that thought quickly vanished. There are individual scenes that are not cringeworthy, although the storyline wears a little thin at times. The walkers are obviously the enemy, but the bigger ones are those with ulterior motives. Sounds familiar.

COVID-19 is nothing to laugh at, but seeing a character’s knees get shot, with obvious splatter packs exploding really is. Sadly, that’s not the only laughable special effect on display.

Redcon-1 might just be the low-budget Zombie movie you need to watch to get your mind off the horrors of real life.