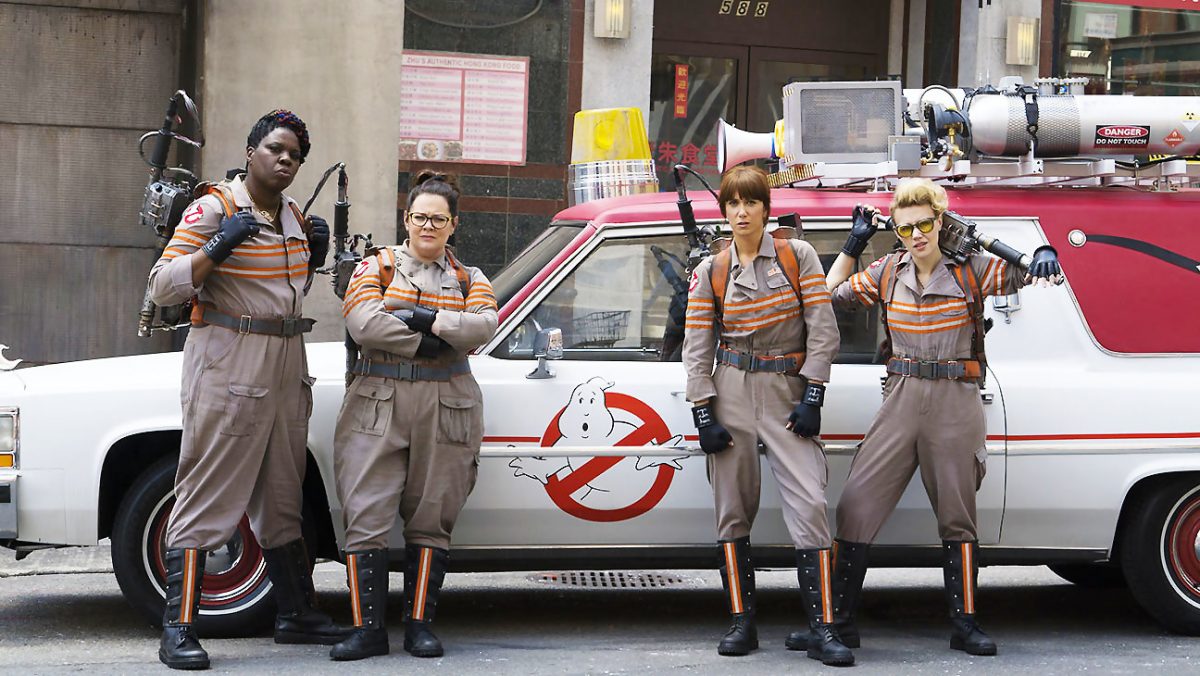 It is interesting that now, upon the anniversary of Ant-Man schooling the haters on how wrong they can be in pre-judging a film, we find ourselves here again. Where, you ask? Why, Lucas’ I-Told-You-So Wonderland, of course!

At first, it was simple. Droves of cranky neck-beards, blathering on through the various channels of the Internet, skeptical about the film’s likelihood to ever live up to the original, or be loyal to the franchise, and so on. Then came the butthurt of a segment of fragile male egos — hell-bent to trash the concept of an all-lady cast for the Ghostbusters, themselves.

Then came the mediocre trailer, reinforcing the presumptions of all of the above, while red-flagging all the critics, professional and armchair, to begin their preemptive strike on the flick. Regardless of signs of hope for a decent movie, their forcefield (and by “forcefield,” I mean fingers in their ears like a toddler) would not be penetrated. The wall of negativity became thicker than almost any genre-cynicism phenomenon, so far. We officially entered the wait-and-see phase.

Now, I cannot speak for much more than the experience I witnessed in my own circles, but luckily, my circles are a much more interconnected sample of the larger geek-sphere than the average Joe. If this movie really was going to suck, I’d see it panned handily between the fandom culture and industry folks I can immediately sample.

Might some hero arise to beat back the dubious rumor mill? Would a band of brave champions aid us in a more fair assessment?

The answer was found in the Ghostbuster fan groups. For me, that came in observing the reaction of those members of the Tennessee Ghostbusters who attended the premiere in Los Angeles. These super-fans would be the proton-pack-clad canaries in the cinematic mine. If and when it sucked, they’ll be vocal and warn us all! They will bellow from the mountaintops about its ills! We’ll hear all the dirt when they leave the premiere and post about what a waste of time is was! They’ll release the honest truth abou–

A few days after those lucky dogs took an early peek, the rest of us in the advance-screening pool were able to take a look, just this week. The fan group members were there, loving it again for a second time. Sure enough, after the credits rolled (and a really great stinger-teaser played afterward), it was all smiles, and pleasant reception.

I began contemplating this ugly spiral down the expectations drain and the opposite reality of the film. I tried to talk myself out of agreeing that it was, indeed, a perfectly fine revival. But you know what? I got nothing. There is no good reason to hate on this film. Unless you’re one of these sniveling MRAs, or you’re part of the ever-present traditional critics pool who have decided their mission in life is to hate everything, except maybe two indie films and one foreign film per year.

There are brilliant cameos (torch passing), great musical traditions respected (including a classic opening), a cast of people who are mostly known as goofball comics of their era (hello… just like the original cast), and so on. It is worth seeing, worth even liking, and worth admitting such in public. Those who were sure that the likes of Rotten Tomatoes (in their waning relevance and reputation) would award this no more than something in the mid-teens. Instead, they’re being met with high-70s.

So, the moral of the story for the haters is this: You were wrong a year ago about Ant-Man and you’re wrong again. The summer of Warcraft and Independence Day: Resurgence is on a great trajectory to be the biggest year of disproving your efforts to piss on everything which might be enjoyable in the theater. Will Suicide Squad be the closing note of this Summer of Underestimation? We shall see.

For now… Told ya so.