From Brings a Killer Mystery to EPIX 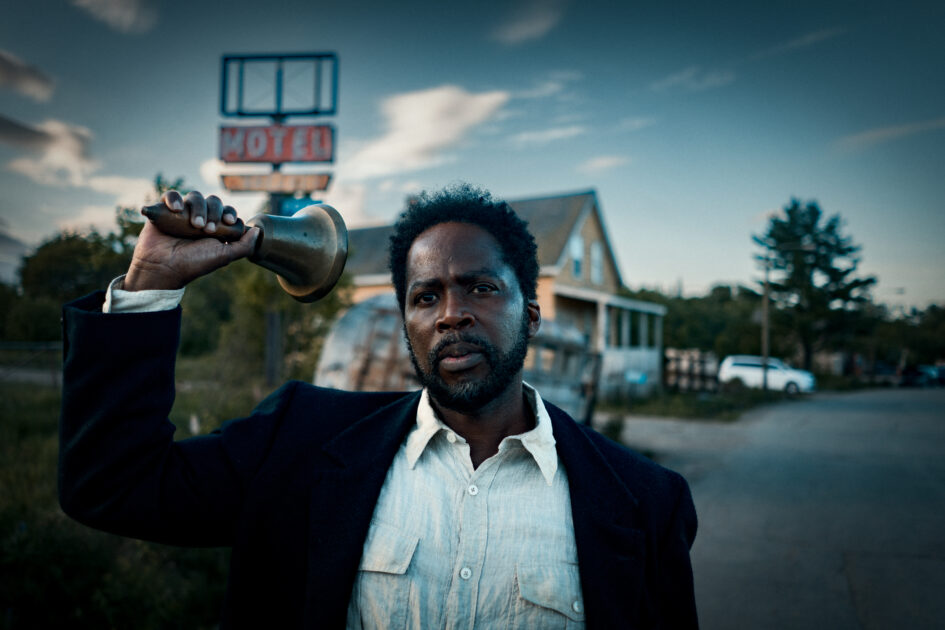 Now Hear This: A new mystery unfolds in the EPIX TV series, From, as Harold Perrineau leads an ensemble cast trying to escape a killer small town.

Per Matt
If you were trapped inside a small town with a location loop and hunted by creatures of the night, how would you react? EPIX presents these mysterious circumstances in the new horror drama, From.

Sheriff Boyd Stevens (played by Harold Perrineau) has some hard rules that are necessary in order to guarantee the survival of his town folk. Small-town life is usual during daytime business hours, but once the sun goes down, everyone MUST retreat inside. Windows are nailed shut and doors are locked in order to prevent the nightmare creatures from feasting on human flesh. But once the sun returns, they retreat into the nearby woods, awaiting the next evening.

So, darkness falls, bringing a killer mystery to light (figuratively). Soon-to-be victims cannot escape, managing their lives until their time has come. And then some strangers arrive. With them, the show’s writers choose to define specific elements of the show’s backstory, while drawing in viewers.

After watching the series premiere, “Long Day’s Journey Into Night,” I’m already hooked for the duration of this series. The only concern I have is with the show’s creators.

I’m just hoping the good story elements are drawn from the previous series for inspiration, not their shortcomings.

From is also brought to life by Midnight Radio, with Anthony and Joe Russo’s AGBO. That’s incredible news! But it’s also coming from the crew who created LOST. Now, nobody was a bigger LOSTie than me, but its writers admitted the filmmakers didn’t know where the story was going and they were just making it up as they went along — later seasons definitely felt that way! I don’t want that to happen to From.

Perrineau (severely underused and underappreciated in Lost) tries to maintain order in this unnamed, nightmarish town that traps all who enter and there seems to be a mystical energy that protects all who display a talisman from these monsters in disguise…

“There’s no such thing as monsters, honey.”

Executive producer Jack Bender directed the first four episodes and Season 1 only includes 10 episodes, so hopefully there won’t be any time available for filler storylines and red herrings. I am interested in finding out how the outside world reacts to the disappearance of these characters. Will there be multiple missing-person cases, along with investigators actively searching for them? Or will the world simply move on with their lives as if there’s nothing more to see (much like Manifest)?

“This isn’t your fault…”

While I’m NOT a fan of one-word titles (especially those that aren’t expressly defined in the first episode), I am glad the network is actively promoting #FromonEPIX. I REALLY think this show will become a huge hit for EPIX with active contributions of the Russo Brothers. I mean, together, they helped expand the Marvel Cinematic Universe to previously unknown heights. I hope they can do the same for this series.

Immediately trusting weird strangers is something these characters must do, much like viewers of a new TV show. Ultimately, we can only hope for the best, while buckling in for a wild ride which we cannot control. And that is definitely an accurate description of From‘s pilot.