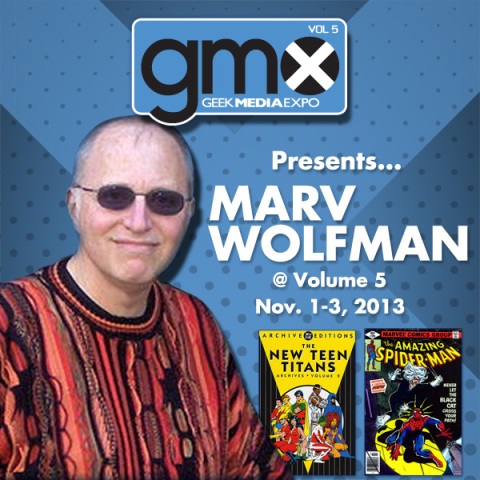 Per Matt
When it comes to cartoons, comics, superheroes and video games, Marv Wolfman is the ultimate authority.

He has worked in each medium and he has created memorable characters in every franchise he has worked. He’s had successful runs while working at Marvel and DC Comics and has combined to work in more than 30 different TV shows and video games. Recently, at the Geek Media Expo near Nashville, TN, we visited with Mr. Wolfman to discuss working on Batman and The Transformers, giving his opinion on the current state of comic-book movies and offering a bit of advice to the inevitable live-action Justice League movie.

I learned about you from your work on the Batman comics. What was it like to work at DC at that time?
– “I remember really enjoying my Two-Face story and the Joker story the most. I have to admit, it’s back in the ’80s, so I don’t remember the specific issues, but I remember those, specifically, were ones I liked.”

What do you remember the most about working on the Joker and Two-Face stories?
– “I just liked the plots. You do a lot of the stuff and sometimes the plots don’t come together exactly right. If I recall correctly, I really liked the Two-Face one because it was a very complex story. Two-Face was always doing things that would lead you in the wrong direction. The Joker is a character who is trying to confuse you, in many ways, so you have to plot it in a much tighter way. And when you succeed with a very tight plot and a very complex story, it’s more fun, as a writer, because you’re challenging yourself. Those characters challenge you more than, say, some of the other characters.”

What was it like to work on storylines that crossed different comic titles?
– “I’d go about stories, if I knew there was a crossover… if I was writing both parts, it wasn’t a problem. If I was working with another writer on their book, you just get together and work it out. But if I’m writing it, it’s exactly the same as if it’s on one title, I just that I spread it over different stories. If Batman is the guest star, he may have a little more important role in his own book, as opposed to Teen Titans, where he may be diminished, just a little bit.”

What would you say is the main difference between working in multiple comic book titles?
– “The difference would be that knowing a lot of people know who the Titans are, may not know them by Batman’s audience. You’d want to make the Titans stronger, so they would be following the characters they loved in the first place, but maybe want to check out the other (title). Same with Batman. They may have been Batman fans who had not read the Titans, so again, you want to play up the Batman character, because you don’t want them disappointed in the book that they bought, but you want to hint at what had happened in the Titans story. You just play with it and try to make it work, so that the readers will want to read all of it.”

With all the superhero movies being released, do you ever think about how you’d write the characters differently?
– “I think, as a writer, you do that anyway. You look at stuff and you go, ‘Here’s what I would do differently.’ But, we’ve been very lucky. We’ve had some really good superhero and comic book movies that have nothing to do with superheroes, as well. We’ve been pretty lucky that the majority of them have been excellent in, say, the last 10 years.” 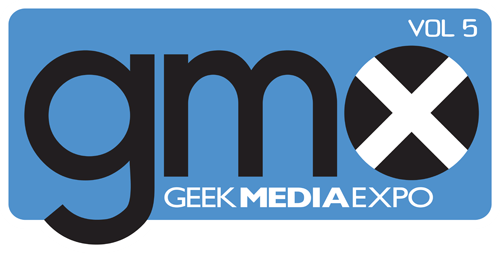 Are there any in particular that you liked best?
– “There’s so many. If you’re thinking of superheroes, The Dark Knight, with Heath Ledger’s Joker was utterly brilliant. What Marvel’s doing with Iron Man and Avengers has been incredible. You could go back to The Mask. That was hilarious and that was a great, great, great movie based on a comic book. There are so many different ones… to break down every one, I’d have to have a list, and I don’t have one in front of me. Those, I can think of, off the top of my head.”

Do you have any tips to give Warner Bros. for their rumored Justice League movie?
– “Be honest with the characters, that’s all I ever say. I think Marvel’s done a very good job of being honest with the characters. They make changes. They make a lot of changes, but it feels like the characters from the comics. There’s a reason these characters have existed and have survived, 75 to 80 years, now. You move it into a different direction, because it’s a completely different medium. You’re telling it in a very different way than you do in a comic book, because it’s live and you have an actor who can just move an eyebrow and convey emotion, which you can’t do in a comic book. You want it consistent in feel and tone, and so far, most of the movies have been. In the past, you wouldn’t have said that, but in the last 10 years, almost all the movies have been really consistent, in terms of tone, with the originals.”

What are some of your current projects you’re working on?
– “At the moment, I’m writing Superboy, for DC. I just did a Looney Tunes (comic) for them. I do animation, so I’m hoping to develop a Captain Action cartoon show. I’m working on the pilot. And I do video games. I’m working with a company that’s developing a game right now. But, I don’t talk about that… because you can’t.”

For the animation, are you looking to release it on the Internet or possibly on TV?
– “This would be for TV.”

Speaking of animation, you worked on The Transformers, which is my favorite cartoon. Do you have any stories from working on that show?
– “It was fun. This was about ’85 or ’86. I was one of the story editors, working on a number of episodes, but as a writer, I wrote The Return of Optimus Prime two-parter, after he was killed in the movie.”

Have you worked on any of the current Transformers cartoons?
– “No.”

Will you be headed to any upcoming conventions?
– “This is it, for this year. I know I’m going to Wondercon and I have a number of conventions set for next year. I always go to San Diego (Comic-Con). That’s the only one I do every year. I’m going to WonderCon, because they’re not far from my house and they’re the same people. I like them a whole lot. I think I’m going to Pennsylvania and Chicago some time next year. We’ll see about the others.”