Cosplayer of the Month: Callie Cosplay 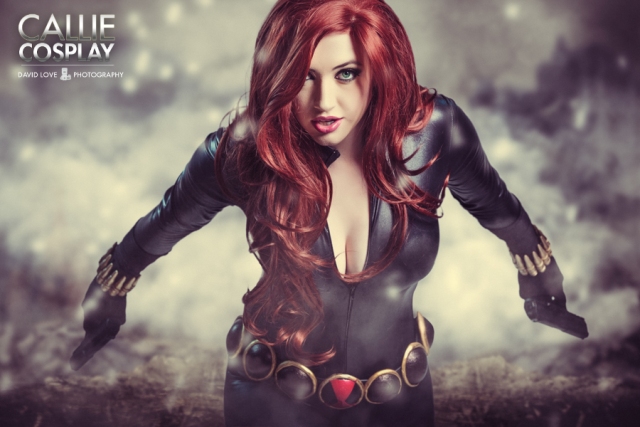 Per Matt
Earlier this year, Megacon took place in Orlando, Fl. While tens of thousands of attendees flooded the crowded convention center, we were drawn to photography and art of Callie Cosplay, as well as the great Zatanna costume she was wearing. After chatting with her for a few minutes, we decided to feature her as our Cosplayer of the Month. Although we have had some technical difficulties since then, I managed to transcribe the interview from my audio recorder. I hope to eventually post the video interview. Until then, read on to discover how Callie embodies the Black Widow character and find out about the upcoming play she’ll be appearing in, which is based in the Marvel Universe.

How did you get into cosplay?
– “Well, it first started when The Avengers came out. It was the Marvel movie marathon and my boyfriend at the time actually gave me a Black Widow costume. So, I remember putting it on and I looked in the mirror and said, ‘Oh, my gosh,’ because I didn’t look like myself. I looked like Black Widow and it was the greatest feeling I’ve ever had in my life. It was like I could bring this amazing character to life. I researched cosplay, found out what it was and I was just so enthralled and amazed that this was this community. I just went from there.”

How many years ago was that?
– “That was two years ago.”

How many costumes have you made since then?
– “I would say about 50. I have done a lot. This is my second con, so I have been more costume focused and photography focused. I do a lot of cosplay modeling and the photography side of things, creating art.” 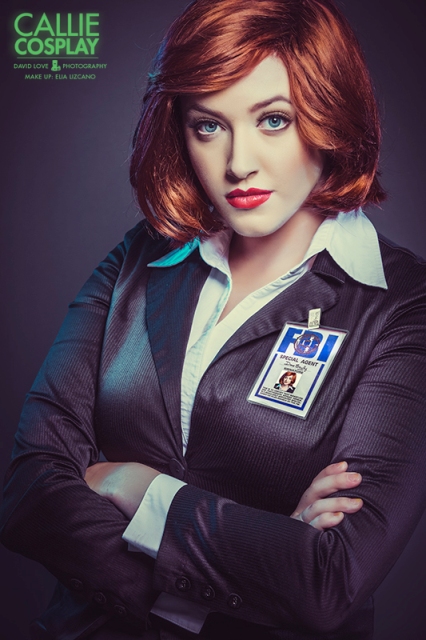 What costume are you most recognized wearing?
– “Oh, I don’t know. Wonder Woman is my favorite, but I will have to say I’m probably known most as Black Widow.”

Did you choose that character for a specific reason?
– “Well, she was my first cosplay and I’ve done several versions of her since then… everyone just loves Black Widow. She is awesome. I’m also going to be Black Widow at Cos Couture’s event called A Night in New Orleans – Marvel, which will be in September, so stay tuned for that.”

What kind of advice would you give beginner cosplayers?
– “Don’t lose focus. Don’t gossip. Don’t listen to it. The cosplay scene is wonderful and what it stands for is great. Definitely do what you do, because you love it.”

What are you currently geeking out to?
– “I met J. Scott Campbell and that was amazing. I kind of fangirl, geeked out over that.”

Are you a gamer?
– “Yes. I am a gamer and I love Titanfall! It’s so amazing. I actually do co-op, so my gamertag on XBOX Live is Callie Cosplay. I’d definitely love to play Titanfall with you guys.” 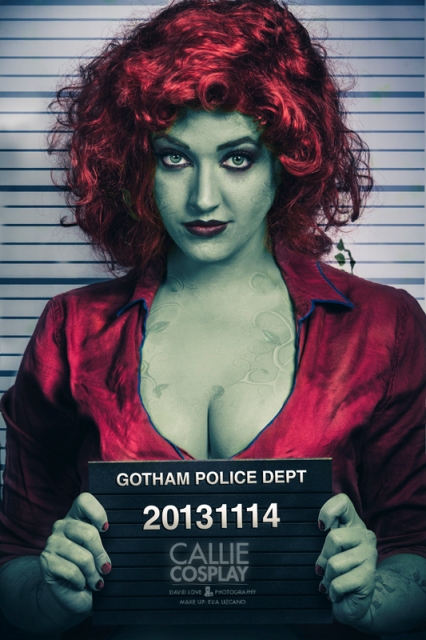