Cosplayer of the Month: Yaya Han

Per Matt
Yaya Han is one of the most iconic cosplayers around. Whether she’s appearing on Syfy’s Heroes of Cosplay, attending a convention as an invited guest or judging a costume contest, her costumes are instantly recognizable. She puts a lot of time and effort into her creations and it shows.

At Dragon Con, we spoke with Ms. Han about the diversity of the convention and her cosplay creations. She is our Cosplayer of the Month!

How did you get your start as a cosplayer?
– “I was just a fan. I was just a newbie kid and I who didn’t know how to make anything, but I was devouring anime, manga, video games and such, so when I discovered cosplay 16 years ago, it was really like a lightening strike. This is how I want to express being a fan.”

What are some of your cosplay influences?
– “I get influenced by anything and everything. A lot of times, it’s the character, itself, but then it’s also the costume. I really like ancient history and mythology, so I really like doing costumes with historical influences, but that are still very fantasy based. Overall, it’s really just what I’m in the mood to make and whoever I want to be.”

What costumes are you best known for wearing?
– “I’ve made over 300 costumes, so there’s a lot. I don’t have a list for all of them.”

What attracts so many great cosplayers to Dragon Con?
– “It’s incredibly unique and I think it’s amazing Dragon Con has held on to this feel for community and this emphasis on inclusiveness of different genres of costuming. I think that is the reason why Dragon Con is so beloved and legendary amongst cosplayers and costumers. No matter what you’re dressed as, you belong here. You’re totally accepted.”

How does Dragon Con compare to other cons?
– “If you’re at other conventions, like an anime convention, people are going to expect more anime and video game costumes. If it’s a comic convention and you bring an original costume, people might not understand it. Here, it really is just whatever you can wear, whatever you can make, everybody is very open and accepting of it. That is the uniqueness of Dragon Con.” 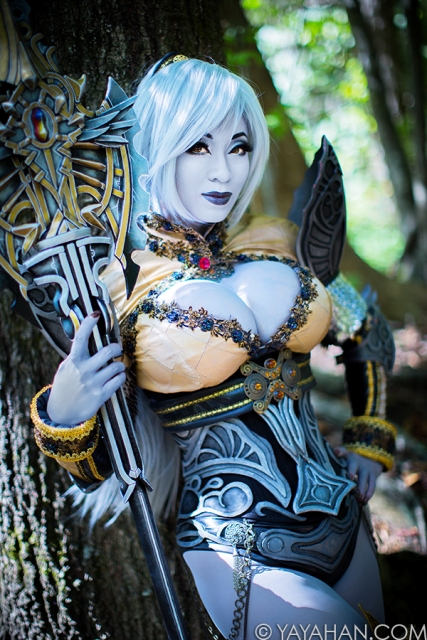 You were featured on Heroes of Cosplay. How do you think that show has opened up the world of cosplay?
– “The goal of being on Heroes of Cosplay was to introduce it to the mainstream audience and to show that it’s not just an alternative form of modeling or just geeks running around being stupid. It’s really an art form and it’s a very positive pastime that can be enjoyed by families. So, that goal was certainly reached. I have seen an explosion of newcomer cosplayers and just a general shift in how people perceive cosplay. Now, there’s really more of a desire to try to make costumes yourself and to see how the next generation is being supported by their families, it’s more than I could have hoped for.”

You were one of the very first people to make cosplay a full-time job. What kind of advice would you give to beginner cosplayers?
– “Well, it’s difficult to pinpoint a step-by-step guide, for how to make cosplay a living, because it is all encompassing. You can make an emphasis to create costumes for other people, you can sell your products or sell a service that people can’t get somewhere else or you can try to promote yourself as a spokesperson and cosplay. There’s a lot of different avenues that can be taken.”

“My advice for aspiring cosplayers is to find the reason why you truly want to get into it and hold onto it. Is it the feeling of attention? Is it the rush of dressing as a character? Is it the enjoyment of making something? Whatever it is, find it, hold onto it and then stay true to it. It is a lot of hard work to run your own business. As long as you are willing to work hard and know that you have to provide a valid service or product for people to want to give you money and to hold onto the utmost quality of it. That’s what we do, with our business, whether we’re making ears and wings or whether I’m making a new costume for my portfolio or I’m preparing for a panel or judging a costume contest, it’s about holding onto that utmost standard and the truth to why I love this.”

Is there anything else you’d like to add?
– “I hope to see you guys and your costumes at Dragon Con next year.” 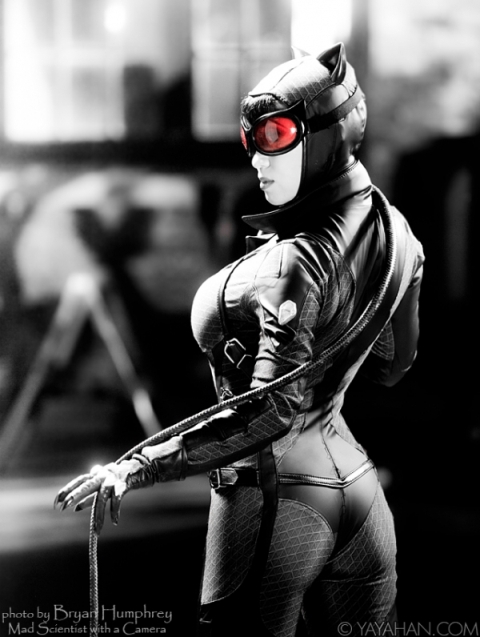