“Cursed Child” is Harry Potter for a Grown-Up Generation 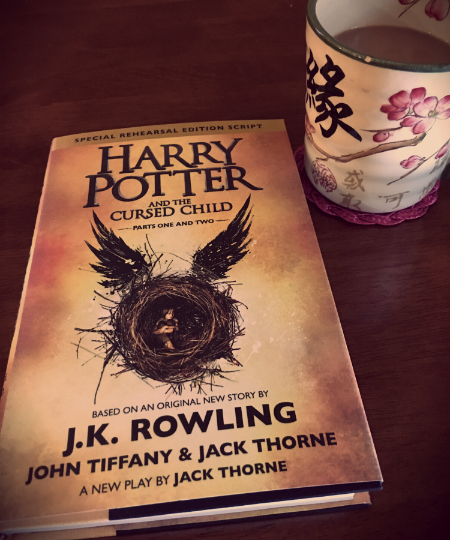 It had been a long time since I had stood in line in a Barnes & Noble at midnight. In fact, it had been almost a decade, and it had been for the very same beloved book series: Harry Potter. With the conclusion of Harry Potter and the Deathly Hallows, many of my fellow Potterheads resigned ourselves to the finality of the series. J.K. Rowling, herself, had said she was finished writing about Harry and his fantastical world of witches and wizards, and that she had no plans to revisit the series. She had written some short stories and informative essays for the Harry Potter fansite Pottermore, but fans had little hope for another novel. 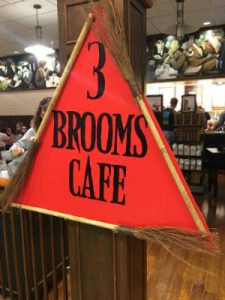 So then, one can only imagine the level of excitement when it was announced that the story of Harry and company would be continued in a theater production of Harry Potter and the Cursed Child, an adventure about Harry’s son, Albus, and his best friend, Scorpius Malfoy — that’s right, Draco’s son. The tale of these two unlikely friends was all it took to reignite the HP fandom. Once again, nine years later, I was standing in line at Barnes & Noble wearing a Slytherin school uniform and anxiously waiting for the clock to strike midnight so I could rush home with my First Edition copy of a new Harry Potter book and begin reading it. 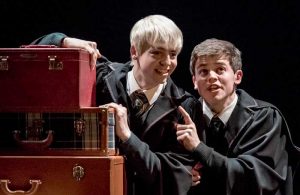 There’s a few things about the story that completely took me by surprise. **WARNING** Spoilers ahead, friends. Don’t continue on unless you’ve finished the book (or don’t intend to.) First off, many longtime Potter fans were taken aback that this new book is actually not a book, but a script of the Cursed Child play that premiered in London’s Palace Theater on July 31st. However, many fans (myself included) had been tracking the stage show’s progress, happily sharing cast photos and tidbits of news as it was released. We knew the “book” was actually a script, so we’ll have to chalk that one up to the fact that many fans had fallen out of the loop over the years. Many complained about the script formatting, whining that they could have easily turned into a book adaptation that would be easier to read. As a former theater kid, however, I had no qualms reading a script and was quite pleased about it, frankly.

Only a few chapters into the book, and one thing is for certain: Albus Potter is one jaded youth. For all of his father’s emo moments throughout the HP franchise, he has nothing on his son. Cursed Child moves quickly throughout the young Albus’ first few years at Hogwarts, which is the exact opposite of our one-book-per-grade-year standard in HP. This makes perfect sense, since we are telling a story in the time it takes to perform a play: two acts, each about an hour long. I did enjoy the fast-paced storytelling and the many twists and turns it takes along the way. I do wish there had been a teensy bit more time spent detailing how Albus and Scorpius came to be such good friends, but perhaps there’s a layer of emotion in the acting that doesn’t translate quite so clearly in the text alone. Regardless, Scorpius and Albus are the best of pals, much to their fathers’ chagrin. In true HP fashion, we spend most of the book trying to figure out which of the two friends is — more — of a cursed child. Albus angrily trudges through life trying to escape his father’s shadow, while Scorpius is a precious kid who lost his mother at a young age and is constantly followed by dark rumors. (Thanks, Voldemort.) 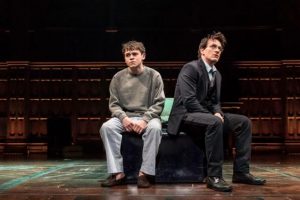 Speaking of Voldemort — what, you didn’t think we’d have a HP tale without his legacy, did you? Even from beyond the grave, old Voldy is wreaking havoc on the wizarding world, albeit inadvertently this time. **SPOILERS AHEAD** As the story goes, we discover more and more that Voldemort is to blame once again for the Potter family’s woes. It seems that a certain Voldemort-obsessed Black sister actually was more than just a loyal Death Eater. That’s right: Bellatrix Lestrange was Voldemort’s lover, and somewhere along the lines she has a child… and yet another contender for the title of Most Cursed enters the ring. I won’t go into much detail here, but I’ll attest that I was simultaneously shocked, appalled and delighted as that portion of the story unfolded.

The trip you take while reading this story is nostalgic, intense and at times a little needlessly gut-wrenching. There are plenty of moments that lead us back to points in the original series that we may cheer over, while others may find themselves wanting to fling the book across the room. I’m not much of a book-flinger, but when I found myself entering the scenery of the Triwizard Tournament that ended so bleakly in Harry Potter and the Goblet of Fire, I definitely had to walk away from it for a moment and give myself a pep talk that I wasn’t going to have to think about Cedric Diggory again. **SPOILER ALERT** Half of the damn plot movement is about Cedric Diggory. Don’t say I didn’t warn you. Naturally, there’s a Time-Turner involved, and as one can imagine with time travel involved, there’s a whole lot of wibbly-wobbly, timey-wimey stuff happening as Albus and Scorpius play Marty McFly and fail miserably at it. 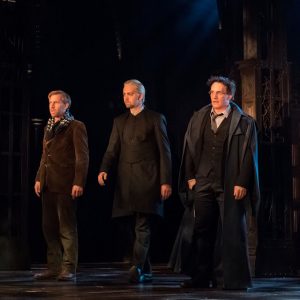 Overall, Cursed Child is not a perfect story, but that has always been the appeal of the HP universe. Imperfect characters living imperfect lives making bad decisions and trying to redeem themselves, just as we all do. I don’t believe I could have asked for a better “next chapter” in the lives of my favorite fictional friends. There were a few moments that made me a little queasy — Albus’ trip into an alternate universe where Hermione is a bitter, hateful spinster Hogwarts teacher made my skin crawl with unfamiliarity, and I all but shed tears at several other heart-breaking scenes. Ultimately, though, these characters many of us grew up relating to are now grown-ups themselves, trying to balance careers and family (plus you know, being wizards), while still trying to figure out how to live life as best they can. If that’s not relatable, as I now have my own kids to raise and protect, I don’t know what is.