Debating the Merits of Incredibles 2 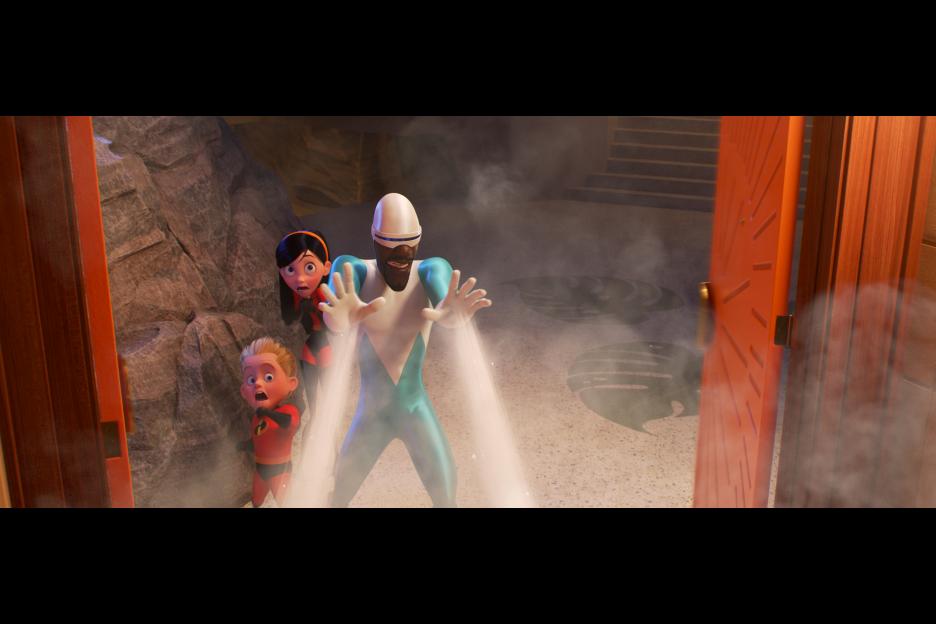 Frozone (voiced by Samuel L. Jackson) suits up as a superhero in Incredibles 2. Photo Courtesy: Pixar/Disney.

For the longest time, The Walt Disney Company, as a motion-picture studio, generally never released sequels to its animated films in movie theaters. With the release of The Little Mermaid, followed by Beauty and the Beast, Aladdin, The Lion King and Pocahontas, Disney animated movies won 10 Oscars during a six-year stretch. These movies became box-office classics.

But then a little company called Pixar took the animation world by storm and Walt Disney Animation Studios had to re-evaluate its portfolio. Pixar was bought by Disney and John Lasseter was named the head of animation for both Pixar and Disney releases. All of this is background information intended to get to the main point: Disney animated films were now controlled by a new regime. Sequels to Disney films, which were originally direct-to-video projects, began popping up in movie theaters, and with the releases came some box-office missteps.

On Friday, June 15th, Disney will release Incredibles 2. While the film will most likely make millions at the box office because animated films that can be enjoyed by the whole family are hard to find, as an overall movie, it brings differing opinions to Zombies In My Blog film critics. Matt and Lucas debate the merits of this new release:

Matt: It’s been 14 years since the original Incredibles was released — which won two Oscars — and I can barely remember its storyline. It was basically a Disney/Pixar version of The Fantastic Four (which isn’t a bad thing). I’ve been a BIG Brad Bird fan throughout the years, and his work on The Simpsons, King of the Hill and The Iron Giant are some of my favorites. As a filmmaker, he really excels within the animated medium (Please forget about his Tomorrowland misstep).

Lucas: Yeah, there was a certain magic about the first Incredibles film. If you knew the bodies of work from those responsible, you had high expectations, and you were likely pleased. Combine that with the sheer joy for the approach taken with the story, the retro flair, the plays on many tropes of genre films across the spectrum of influence for the film, and there was a unique thrill to it. I happen to have seen the film many times, own the DVD, and adore it (so I recall the plot pretty well).

Matt: As a spy movie which features some faux James Bond music, Incredibles 2 is decent, but not great. However, the storyline for Incredibles 2, sadly, feels more like a response to the #MeToo movement, instead of a superhero movie. Both the main hero (along with the film’s villain) felt a little too, well… #MeToo. And that’s a stark contrast to Pixar’s behind-the-scenes happenings (maybe a direct result). In a Friday press release meant to downplay its impact last week, Disney announced the exit of animation chief John Lasseter, which is a huge deal for the company and the social-justice landscape.

Lucas: Faux Bond music? How much have you forgotten about the first film? That Michael Giacchino score from the first (and now second) film is a huge part of it’s charm. Now, then it comes to the increasingly laborious overcompensation in entertainment to the topic of #MeToo, that’s certainly a liability, and it might indeed have held this film back. I have very vocally felt that Lasseter was getting a raw deal, and was not comparable to universally agreed-upon monsters like Cosby or Weinstein. Pixar may indeed be shooting themselves in the foot on this one, and the timing of the news and the film do seem more like a coordinated media PR effort than a film release.

Story-wise, though, I am happy with the episodic feel, and the fact that they avoided the low-hanging fruit of an incredibly obvious would-be double-cross in the setup. Nothing will ever have the magic of the original Incredibles, so it is nice that they seemed to be aware of that.

Matt: With Solo dropping like a cement block in the proverbial box-office ocean, Disney really needs Incredibles 2 to do well. There are a couple of characters that might help it become successful. Baby Jack-Jack gets almost all of the jokes (and a little responsibility for moving along the storyline), but it’s a good thing Samuel L. Jackson’s Frozone is featured. I really enjoyed his character the most (although he only appears in a supporting role). I hope that Jackson will get more opportunities in the future to work as a voice actor, as he does a great job.

Lucas: Jack-Jack is, indeed, the one stealing the show in a lot of ways, but that fits the formula here. The animated short featuring him, released after the first film (at DVD release if I recall correctly), was a hit with fans. That seems to have informed the building of this second film. I enjoyed the additional “supers” in this film, as well. There is a lot of humor in how those are presented, and they offer a nice background detail to the universe of the Incredibles.

Matt: Incredibles 2 suffers from sequel-itis. As an animated-movie fan, I haven’t been this let down by a Disney film since  Cars 2. The CGI looked great, but I really didn’t care that much for the characters or the storyline. That speaks volumes for a Pixar or a Disney movie (and probably explains its delay as a release). There’s a reason Disney (and now Pixar) movies originally didn’t release sequels at the box office. They never live up to the originals. I’m probably in the minority here, but I rate the film two-and-a-half out of five.

Lucas: I won’t beat it up that hard, but I can acknowledge that it might have been a bigger and stronger film if various changes had been considered. I’d have enjoyed some nods to the Marvel Universe, possibly lifting from the fourth-wall-breaking humor of Deadpool. It seemed that this film left a lot on the table in playing to the “geek culture” audience who would no doubt be present, and who have come a long way through a lot of media since the first one.

We would be remiss not to mention the animated short attached to this film: Bao. It is a charming Asian-infused tale of motherhood — simple and poignant with a twist of shocking weirdness. I like it and I think it felt like it was trying to be artistic, rather than some of the cheekier shorts over the years. This higher-minded aim might cause some viewers not to prefer it, but I liked the depth right before we dove into the fun of the main film.

I’d be more charitable on Incredibles 2 and give it a solid 3.5.