Take a Trip to Dimension 404 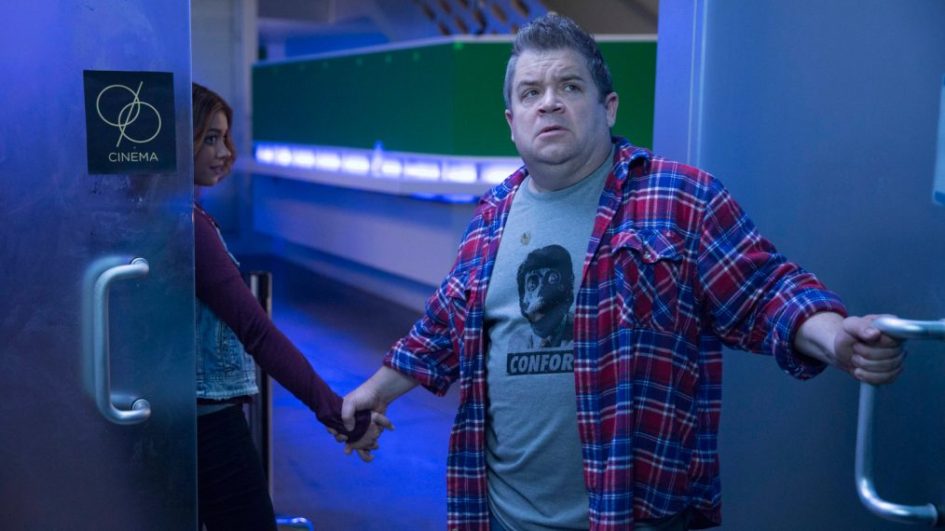 My favorite thing to watch is a good anthology series. Hands down, I will binge watch an anthology every opportunity I’m given. That’s why I couldn’t believe I had missed Hulu’s answer to The Outer Limits, Dimension 404.

Each episode is narrated by Mark Hamill and as the title suggests (404 is the error code for file not found), each episode is about technology gone wrong. Instead of Black Mirror, the show is more of a mix of The Outer Limits, The Twilight Zone and Amazing Stories. Fans of anthologies will appreciate the noticeable influence, without the direct theft of these shows. There is a definite feel-good vibe that is missing from similar shows out there now, and the feeling is contagious.

Dimension 404 skips the cynical attitude and never takes itself too seriously. Dimension 404 is light horror, campy sci-fi and completely rewatchable. Perhaps our world needs more happy endings on TV, more heroes who aren’t antiheroes or dark heroes, but just regular, good people who fight the bad things, making the right choices. As far as production goes, it’s low budget. The stories being told were huge ideas with budgets that didn’t match. There is a beauty in that, though. It gave the show an ’80s feel in a good way and not an over-edited, forced way.

I’d say that the bulk of the budget actually went to the guest stars, both geek and mainstream. Patton Oswalt, Sarah Hyland, Robert Buckley, Lea Michele and Megan Mullally all make appearances, among others. That’s part of the fun of the series, looking for the guest stars as they can appear at any time. The show was created by Dez Dolly and Will Campos, who are also the masterminds behind RocketJump on YouTube. It’s easy to try and take the idea of the show too seriously and perhaps think they were trying to warn us in a jovial way against technology, much like Black Mirror. However, the name, Dimension 404  and the ideas expressed seem to actually be more focused on a lost dimension, a place the same but slightly different than our own world and less about a war on technology.

Currently there is one season of Dimension 404 streaming on Hulu, which was released in April of 2017. There are six episodes so far. The show has not been canceled, so I hope sometime soon we will see more episodes. It’s a shame Hulu didn’t market the show any better. I found the show by chance, looking for something to watch. Considering I do that most weekends and it took me this long to find the show, you can see that marketing wasn’t a top priory for the show, despite the use of a few well-known actors.

The great thing about an anthology series is that if you don’t like one story, the next one might just be your cup of tea. I enjoyed every episode, even though I liked some more than others. If you go into the show expecting Black Mirror or straight horror or hard science fiction, you will be disappointed. Dimension 404 is lighter fare, perfect for a weekend summer binge. If, like me, you had no idea this show existed and you are looking for something to watch this summer, take my advice and take a trip to Dimension 404.