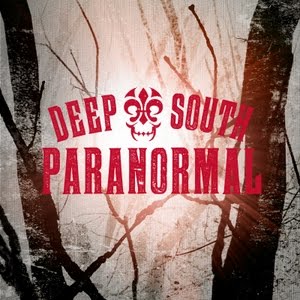 Deep South Paranormal attempts to get proof of the paranormal from a different perspective. These self-proclaimed rednecks ghost hunt everything from the bayou to haunted plantations and everything in between.

Deep South Paranormal is a new ghost-hunting TV show airing on the Syfy Channel. The group interacts as one big family… A gumbo of ghost hunters searching for lost souls and lonesome spirits! The group consists of:

The pilot episode consisted of ghost hunting in an abandoned sawmill in Long Leaf, Louisana. Before their session, they meet with locals who were former sawmill employees and learn a little of its history (along with a lot of its rumors). Many gruesome deaths are linked with the location. Later that night, many unexplainable events transpire.

I really like how the gang remained on the property for more than one night, staying through the next day (and night, as well). During the daytime, the gang divides into smaller groups to explore more areas of the property. A friendly fishing bet at a nearby lake turns into a scary proposition later that night.

Being from the South, I was afraid of Deep South Paranormal being a bad stereotype with lackluster results. Good thing I was wrong. The group has down-home Southern charm, which makes for an original voice on TV. This is no Ghost Hunters or Ghost Adventures knock-off, thank goodness! Although no hard evidence was collected, several members experienced paranormal situations. The group’s extended on-location investigation was also welcomed. The other paranormal TV investigators seem to be more keen on getting in and getting out of possibly haunted locations than actually doing some real investigation. This group is unlike the others, full of characters who do their homework.

Deep South Paranormal is a fresh new voice on TV. Hopefully Syfy keeps the cameras rolling for more than a little while.

Strength: New locations explored with an original voice.
Weakness: No hard evidence was collected (but there is some hope).
WTF Moment: The intro music is oddest aspect of this show. Most likely performed by Keith’s band.

Notable Quotes:
– “This place is bigger than your beer belly.”
– “We come out here to find ghosts, not to turn into one.”
– “You’re older than some of the ghosts here, huh?”
– “We’re here for ghost hunting, not fish hunting.”
– “This place is darker than a black cat’s backside.”