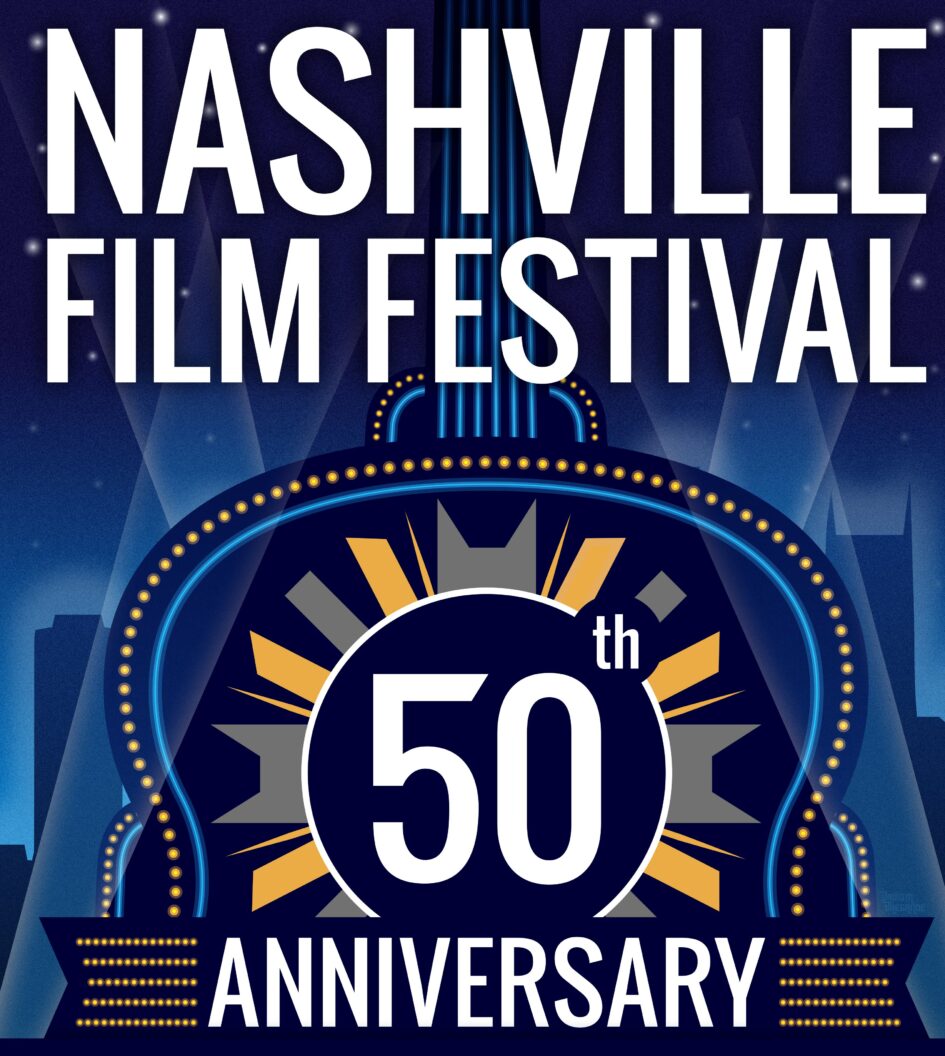 Per Matt
When attending an iconic event for the very first time, there’s always going to be some sense of nervousness until you finally get situated. But when you’re attending the Nashville Film Festival, which is currently celebrating its 50th anniversary, that initial uneasiness immediately disappears. My first day attending NashFilm was an incredibly successful one which will hopefully lead to many more.

Once I checked in and received my media badge yesterday, Saturday, October 5th, I had some very tough decisions to make. Throughout the day there are so many scheduled screenings of movies from multiple genres, if you haven’t made a list of what you’re hoping to see from the handy app or the festival handbook, you can really miss out on some great films. From animation, to shorts, to documentaries, to horror, to everything in between, the Nashville Film Festival offers something for everyone throughout the event’s nine days (October 3rd – 12th).

By the time I figured it all out, I was dead-set on attending the surprise screening of The Death of Dick Long. If there was any doubt left about the tongue-in-cheek nature of this Southern crime caper after reading the film’s title, know that it’s distributed by A24 Films, so there’s that. I’ve long been a fan of A24 (I really enjoyed the art-house horror of The Witch and It Comes At Night, and more recently there’s Hereditary and Midsommar). I was not let-down by the killer twist that slowly unfolds as the movie develops. I really shouldn’t spoil the big reveal, but know that there’s PLENTY of unfortunate circumstances surrounding some deadly mistakes and more than a few terrible decisions have repercussions in this film.

Afterward, actors Michael Abbott Jr. (who’s originally from Tennessee) and Sunita Mani (currently appearing in GLOW) held a brief Q&A session with the audience. As this was the ONLY screening of the film in Tennessee (!), the stars were pleased by the audience’s reactions, most notably the awkward laughs prompted by the big-screen events that weren’t found in New York and other screenings. I was pleased to hear Abbott’s comments about how he chose to work on this film, choosing it instead of ALL the other scripts he’s read that puts a negative light on Southerners or continues bad stereotypes. Bravo for both actors. This one is really good.

There’s an ongoing Staind reference that’ll definitely get stuck in your head. Prepare to “get weird” while watching this one…

The other big-screen event I was able to attend (and thorough enjoy) was watching was the documentary, Kate Nash: Underestimate the Girl. As a big music documentary and docudrama fan based on prominent musicians, I was blown away by what unfolded on the screen in this one. While I recognized the artist’s name, I didn’t know a whole lot of her personal story and her fight for success. Immediately a pop princess at the tender age of 19, this British musician never really felt comfortable in the spotlight. But once she dove head-first into punk music, her label immediately dropped her and she quickly learned how to make waves in the music industry.

Learning how to personally book gigs and promoting yourself via social media, as well as personally paying for recording sessions were all a trial by fire… even more so when learning your professional manager had been stealing money for multiple years. There were plenty of trials and tribulations found in this doc, which felt more like a pop-culture warning sign sprinkled with plenty of great musical events than a pure music documentary — and that’s not a bad thing.

Afterward, Director Amy Goldstein spoke about creating this underdog tale, which took 4.5 years to film. Kate loved the filming process and offered to continue filming herself, even when the cameras officially turned off. Goldstein discussed how Kate wrote songs about her life to tell the overall story for the film as they were happening (which were then recorded on camera). She wanted something that was raw, showcasing Kate’s vulnerable side, and the behind-the-scenes action (don’t forget her GLOW audition for Netflix, continuing the wrestling theme) was powerful. Kate never made any excuses for her status in life, always fighting and believing in herself, proving to be a true bad-ass musician and person.

The punk spirit has always been a DIY process, and Nash shows how you can go from immediate success to rock bottom, back to the top of pop-culture pile, but it may take some time to get there.

Afterward, I spoke to Goldstein about some of her influences for making this film, which she naturally referred to This is Spinal Tap. Surprisingly, she wrote her thesis on punk music and Director Penelope Spheeris was her filmmaking mentor. I didn’t know that. She was also a big fan of the EPIX PUNK docuseries. She’s a true fan of the genre (and a great filmmaker).

While this film has secured the BBC as a distributor in the UK, it’s still seeking distribution here in the U.S. If you don’t catch this one at a film festival, hopefully you can catch it elsewhere soon. It’s a great ride.

I really enjoyed my first day at the Nashville Film Festival and I’m making my plans for the next one. Check out their webpage or download their app for future screenings. To be continued…