Die, Develkok, Die! is the Best Film You Have Never Seen! 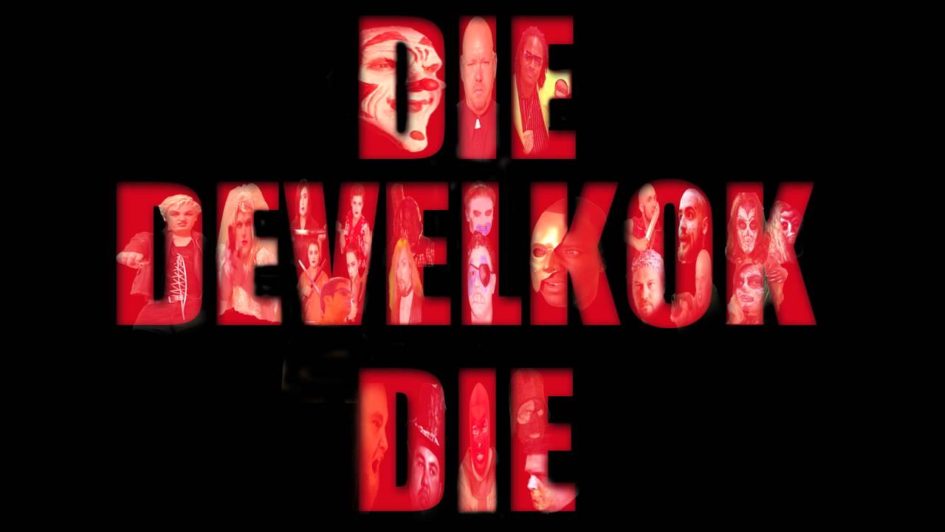 Welcome back to this week’s installment of #HauntLife, the blog were I talk about things that interest me, primarily B-movies, haunted houses and 3-D printing. This week, we are going to look at a film that is very near and dear to my heart. The film is Die, Develkok, Die! released in 2015 from the creative minds of writer/director Mike Dobrzelecki and writer Chad Laha.

Before I get into the background on this flick, I am going to let you all in on why I totally love this film. You see, Mike and I go way back. When I was working with Monster Mountain Haunted Attraction, Mike was brought in as the senior makeup effects artist. He was pretty awesome at his work, and I was immediately drawn to his skills. As I learned more about him, I found that he was an aspiring film director and writer. He told me about some, but one in particular caught my attention. That would be this film I am about to review. And when Mike asked me to be a part of it, I jumped at the chance.

Die, Develok, Die! is the story of Terry Develkok (Laha). Terry is going through a rough patch in his life. All around him he sees the dredge of humanity, from pimps to skinheads and a gang of demented rapists. One night, he just had enough and takes matters into his own hands in the form of a handgun. Putting the gun in his mouth, he pulls the trigger, ready for the sweet release that death with bring.

Only he doesn’t die. He barely even flinches as the gun smoke exits his mouth and his brain is exposed to the cool air.

After many more attempts, including hanging, electrocution and having a friend bash his head in with a bat, Terry decides to put his newfound immortality to good use by cleaning up the streets. He begins a one-man war on crime. After saving a girl (Molly Hall) from her pimp, called Pimp Daddy (Anthony Thomas) and attacking the hideout of Creepo the Clown (Dustin Rye), he gains the attention of The Preacher, the man behind all the evil and villainy. Having no answers with the local group of thugs and madmen at his disposal, he puts a hit out on Develkok. Assassins from around the globe descend onto Terry’s town, all looking for a way to grant his wish for death.

Die, Develkok, Die! combines all the aspects of B-rated films that I just love. The actors in the film fit their characters perfectly in mannerisms, body types and dialogue. You can tell that the people in the film love their characters and the directions from the director. The film quality was designed to look like a grindhouse exploitation film, which adds to the quality of this film. And the special effects, while not Hollywood blockbuster material, are exactly what you would expect from this type of film. Not too gory, but very believable.

The characters are flamboyant and exaggerated, but balanced well with reality, for the most part. The assassins that come in to kill Develkok have names like The Lucha Lunatic (a psychotic professional wrestler), Frankenbomber (a monster with a penchant for explosives), the Voodoo Vixens (a group of bayou witches), Lumberjack the Ripper (a crazed woodsman), and The Quiet Italian (a mouthless killer), plus many more. These characters all bring their own unique skills to the film, and add color and diversity. Too many times in films you end up with one villain who is unique and everyone else on his side is bland and cookie-cutter. Die, Develkok, Die! does not have that problem. 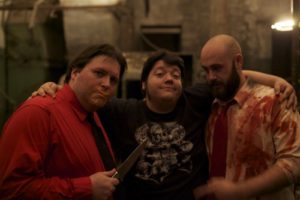 A lot of the people in this film worked with me in the haunt industry. Like I mentioned earlier, Mike has a background in haunted house sfx. Matt Scott, the special effects director in the film as well as the Lucha Lunatic, is now the chief makeup artist for Nashville Nightmare Haunted Attraction. Several of the sets in the film where shot on location at Monster Mountain and were designed by Carroll Moore, who also portrayed Lumberjack The Ripper. And several others in the film have worked in the haunt industry, as well. It proves to me that the best actors and crew at any haunted attraction could also be great members of the film industry.

So, why have you never seen this film? Beats me! The film has been up for free viewing online for a few years now. You can find it on YouTube to view by following that link. The film is only 60 minutes long, but it is one of the best 60 minutes in B-film. The only thing I could say negative about it is that it ended too soon.

Check out this film as soon as you can. Of course I give it five out of five stars. I would love to see Troma or some other studio tap Mike for some further Develkok madness. His brilliance just needs to be given the opportunity to shine!