Dirk Gently’s Holistic Detective Agency Takes You On A Journey 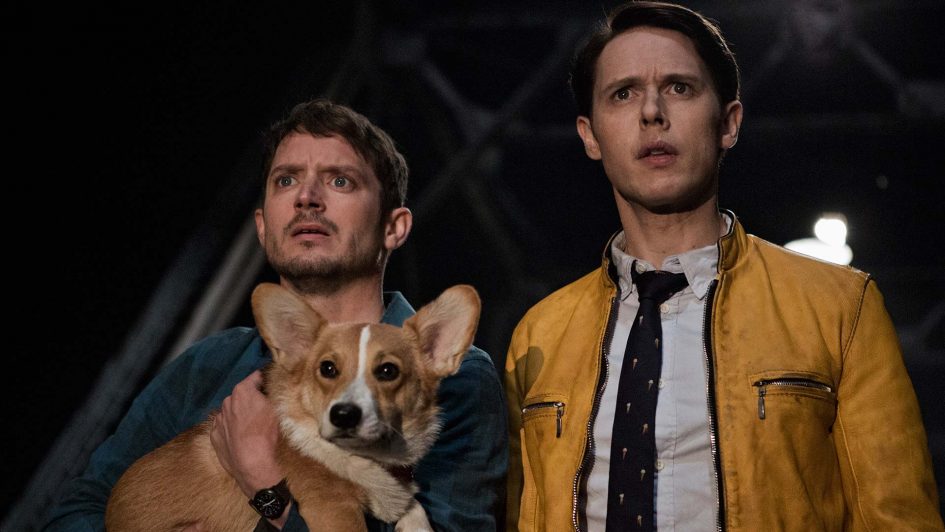 Dirk Gently’s Holistic Detective Agency is quirky, random and filled with dry humor. It feels like a Quentin Tarantino or Coen Brothers production, but with more charm. That seems to fit the description of Douglas Adams’ style. It is based on his book, after all.

Featuring Elijah Wood in his first full television role since Wilfred. He portrays Todd Brotzman, who (much like his aforementioned role), is an everyday guy garnering a lot of sympathy. He has money problems and not much going for him, in general. That is, until Dirk Gently comes crawling through his apartment window, the night a savage and beastly murder occurred in the same hotel where he was recently fired.

The turnaround is a testament to the flowing plot of the TV show’s style. Everything comes soaring into the story in quick succession, just building off itself. Dirk (played by Samuel Barnett) is a holistic detective. The assassin, Bartine Curlish, describes the holistic aspect of the show nonchalantly, after blasting a couple of targets in a service station. “Everything is connected,” she casually tells hacker Ken, adding that she’s “never killed the wrong person.” It’s a bit of nihilism and a bit of fate. Just looking at the actions and situations Dirk and Todd find themselves in, for no apparent reason, proves those points. The show is quite perfect for those with shortened attention spans. Almost every scene is introducing new characters and making the audience question more and more uncanny occurrences, one after another. To give a tally of just how many characters show up in the pilot, there are Todd and Dirk, the assassin Bartine, hacker Ken, Todd’s cracked-out landlord, Todd’s sister (who is stricken with a genetically transferred sickness, which causes her to feel different physiological pains and feelings throughout her body), Todd’s overly disdainful ex-boss, and a number of thugs and cops, each with their own weird tendencies or conflicts. All the storylines; however, load the plot with an endless number of directions to go.

So, Todd and Dirk are bound by fate to solve what’s going on with the brutal murders at the hotel. The thing is, Dirk doesn’t really piece together the crime like a normal detective would. He just waits for the inevitable to happen, so to speak, then figures things out from there. It doesn’t make a whole lot of sense from the initial episode, but it is entertaining and full of humor, even if that humor is delivered quickly without warning. Dirk comes off as a sort of alien being without knowledge of human norms or courtesies. He ceaselessly makes himself at home wherever he is with pestering and witty dialogue, all delivered through his British inflection.

The show is one wild ride, to say the least. I feel it can’t go wrong as long as it sticks to Adam’s formula, at the time the novel was written. Elijah Wood and company fit together naturally and have a great chemistry. This may definitely be a show I stick with through the rest of the season.