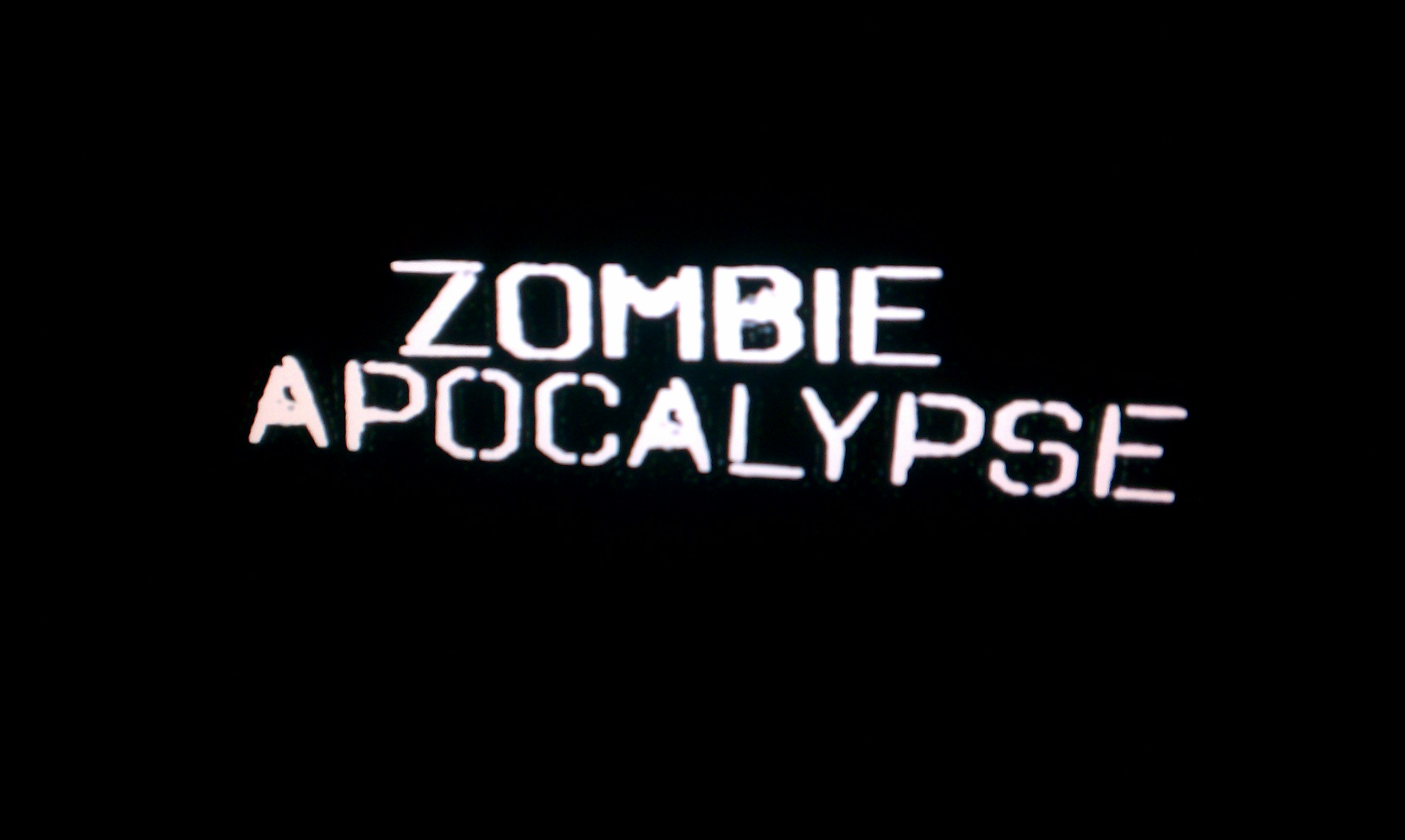 In what has become an incredibly overused (and non-trademarked) phrase, the Discovery Channel rounds up some scientists and zombie preppers to hypothesize their what-if-zombies-become-a-reality scenarios.

This pseudo-documentary premiered on TV just before Christmas for some reason, possibly hoping to cash in on many End of the World prophecies. It includes zombie preppers, as well as scientists, who absolutely believe the human-to-zombie transformation not only a possibility, but also a probability.

Love the cold-open introduction:
“This investigation mixes archival, fictional and re-enactment footage. Zombies are real… They’re just not what you think they are.”

So, some scientists and professors with long-winded titles claim a quick-spreading mutated contagion (or virus) could cause a pandemic among the human population. And should that single zombie reach a major city of half a million people, within seven days, “everyody would would be dead or a zombie.”

This program warns: those who aren’t prepared won’t make it. It also defines zombie behavior through three categories: pursuit, attack and feeding.

The necessity of creating a zombie-preparedness kit is discussed in detail, and the stocking of cupboards with tons of food and water helps, too. Zombie Preppers display ways to zombie-proof your house for extra protection. 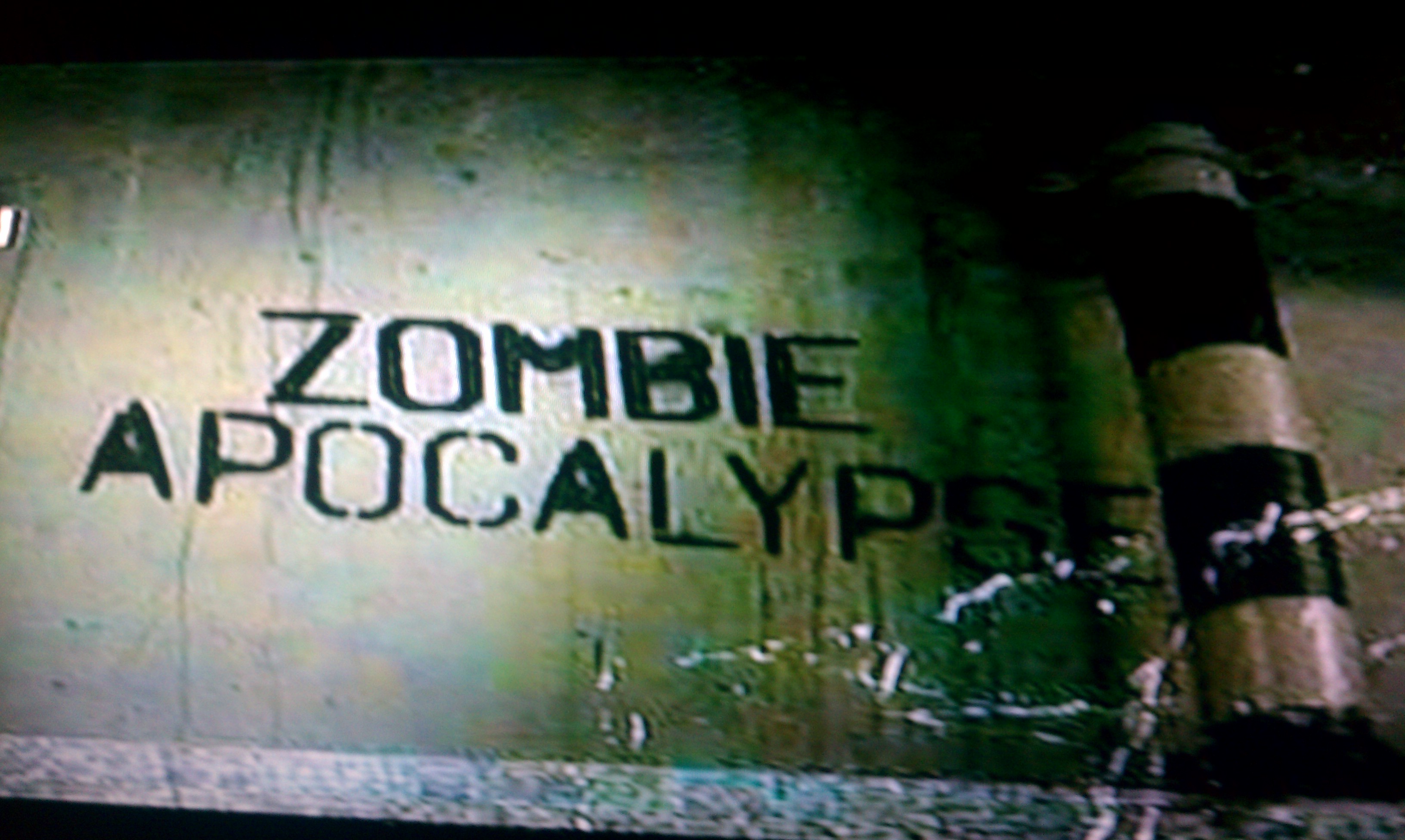 This program offers an odd assortment of so-called “experts” were interviewed for this program, government conspiracies (The Centers For Disease Control issued a public statement, saying “We are not aware of any zombie epidemic at this time”). They also warn of a new, high-security bioreasarch lab and animal-testing center run by the Department of Homeland Security relocating to the Midwest as a possible epicenter of an outbreak. “The more that you invest in this stuff, the more you increase the likelyhood of some kind of accident.” This location in Manhattan, Kansas, is suspect, practically located in the center of the country. Should an outbreak happen, it would easily spread throughout the country… in every direction. This location is also familiar, because in 1918 Kansas was where the Spanish Influenza began and spread disease and death throughout the world. According to these “experts,” a zombie pandemic will most likely begin in animals and be spread to humans.

Strength: A sometimes-factual and scientific look at zombies.
Weakness: Extreme (and sometimes ridiculous) hypotheses.
WTF Moment: Tetrodotoxin, from pufferfish, could cause a zombie outbreak.

Notable Quotes:
– “Something is on the horizon. Something is building up.”
– “Even my daughter knows, we only shoot zombies in the head.”
– “Mad Cow Disease is often talked about when we talk about zombies.”
– “In a very short space of time, there’s been a number of violent attacks.”
– “The zombie brain has almost no activity in the frontal lobe.”
– “If that zombie brain evolved, we’d be in trouble.”
– “Some people’s epiphany is when they realize the guy that lives on their block with all the guns and ammo ISN’T crazy.”
– “In theory, we can stop a zombie outbreak. In practice, we probably can’t.”
– “Some people put their money away in savings accounts; I stock up on food, because you cannot eat money.”
– “Experts predict very few infected people will be able to make the ultimate sacrifice.”
– “A week after the Miami attack, the phrase, ‘zombie apocalypse’ started spiking on Google.”