Disney Pixar’s Soul is a Welcome, Yet Depressing Christmas Treat 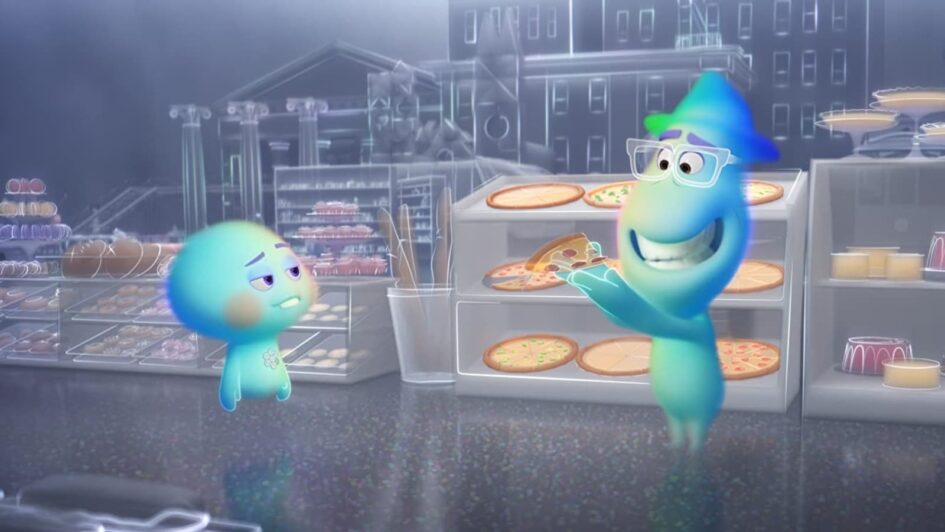 Every year I look forward to Christmas Day. Now, I do look forward to the traditional holiday hype, such as presents, family get-togethers and just the feel of the holiday. But in my family, it has been a tradition to go out and catch a movie at the local theater together. Going to the cinema was nothing unusual for us, but it just felt different on Christmas.

But 2020 is far from the normal Christmas. The fear of COVID-19 has ravaged the world, seemingly sucking the life out of many people. Events we all look forward to each year are postponed or cancelled. Theaters are closed, and the ones open are very limited in the movies they show, due to Hollywood being closed down, as well. Families are being told to avoid getting together. Travel is extremely limited. It’s something that someone with mental health issues (such as myself) feels even more lost in this world.

But Disney Pixar has decided to toss us a favor this year, though the premise seems to be very depressing. Soul is the tale of Joe Gardner (Jamie Foxx), a schoolteacher who has always had aspirations of making it big as a jazz musician. One day, luck shines on him, and he is given the opportunity to play at the Half Note Club (a real-life jazz club in New York City). Feeling that he finally had a chance to get away from his job as a teacher, Joe was on Cloud Nine. However, fate changes his fortune as Joe falls into an open manhole, sending his soul to the Great Beyond.

Unable to accept his fate, Joe breaks away from the escalator to the Great Beyond and ends up in the Great Before, an area where souls are developed into people. Here, they gain their personalities and traits that they will use when they are sent to Earth. Since he was a teacher on Earth, Joe is given the task of training 22 (Tina Fey), a soul that has a grim view on life and does not want to go. When Joe finds out his body is still alive, he risks it all as he and 22 plunge from the Great Before back to Earth, with 22 taking over Joe’s body and Joe taking over the body of a cat.

I know a lot of Disney films have tragedies in them, and Soul is not any different. Maybe it is the year. Maybe it is the premise. But Soul just tears at my heart. This guy, Joe, was always striving for a goal. He was driven. He was a decent man from what could be told in the film. He just wanted to become something. He wanted to reach a pinnacle that had eluded him for his entire life. And just when he reached that pinnacle and was about to touch it, life kicked him square in the nuts. I felt that. Not the pain of his fall and near-death, but the pain of coming so close to what you truly want in life and having it taken from you. It’s like a cruel cosmic joke, where your ambitions are the punchlines for which all laugh.

2020 feels a lot like this. Many of us had some great goals set for this year. From my perspective, I had just made it into the Music City Film Critics Association. This was something I have worked toward for years to get. I was looking forward to getting out of the house several times a month to go see the latest film offerings. For a man dealing with depression and feeling like his house is a quasi-prison, it was a light at the end of the tunnel.

But almost as soon as I was accepted, movie studios stopped production. Films that were slated for this year were pushed off, or even cancelled all together. The local Regal theaters did their best to stay open, showing classic movies every week. I took my kid almost every Saturday morning to watch one of these films. But seeing as we were almost always the only two people in the theater, I knew it would only be a matter of time before the economics of it all caught up and ended that. So, now this depressed, introverted guy really has nowhere to go when his child is not around, which just furthers the depression.

As you can tell, Soul may have hit me a little too hard.

Soul does have a good story to tell. The film is going to draw a lot of callbacks to the film, Inside Out, as it deals with real-life issues in an animated fashion. But beyond that, the films are in no way related. Soul stands on its own as a good family film. The life lesson it attempts to teach is a little convoluted and I do not think a young child will understand, but maybe that is what the director was going for. It could be that this film, while animated and funny at times, is aimed at a more mature audience. It could be the rare film where your age determines exactly what you take away from it.

I give Disney Pixar’s Soul four out of five stars. While the movie spoke to me in a way totally different from my 6-year-old daughter, it was far too depressing of a concept to begin with. The story took you down a deep slope, but just barely made it back over the hill. Had the payoffs been higher, this film would be worthy of a perfect star rating. However, at least in this reviewer’s eyes, it slightly fell short.