Diving Into The Shape of Water 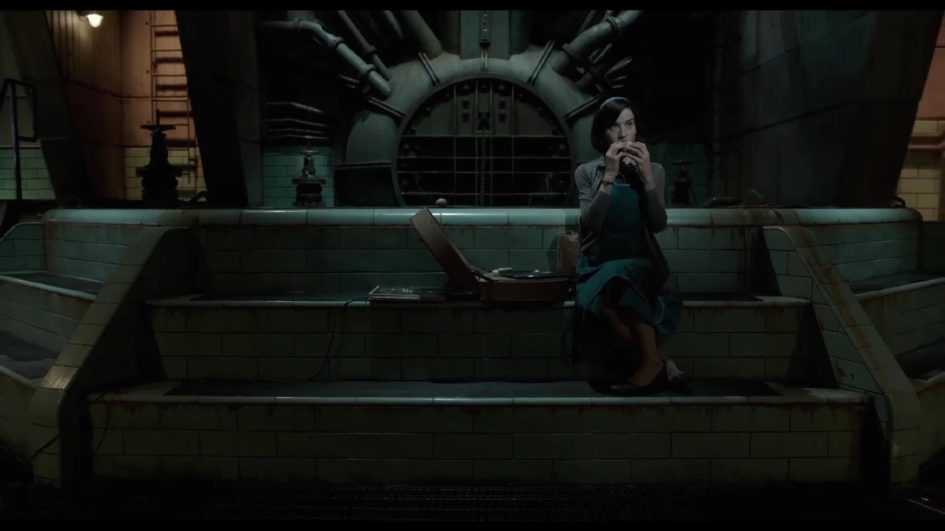 What you will think about the new Guillermo del Toro movie will depend on what kind of film you wanted to see. It has been labeled as a fairy tale with whispers that it is somehow tied to the Hellboy series. The director made the film because as a boy who loved Creature from the Black Lagoon, he always wanted the Gill Man and the female lead to get together. So, as an adult, he made that movie.

In the film, Elisa (Sally Hawkins), who lives in a small apartment above the Orpheum Theater, is a mousy, small person whose smallness seems augmented by the fact that she is a mute. She has no voice and goes unnoticed by most. The exception being her two friends, Zelda (Octavia Spencer), who she works with at some undisclosed government agency and Giles (Richard Jenkins), who is her aging gay neighbor. All three of them are outsiders in some way. Zelda is black, Giles is gay and Elisa is a mute. All of them are searching to be seen as who they really are and not by what sets them apart from society.

The Asset is then brought in by Strickland (Michael Shannon) and Elisa is quickly drawn to him. Realizing they intend to kill him to study his insides from a better vantage point, she decides to rescue him with the aid of her friends. It’s a romance, plain and simple: A modern, adult fairy tale.

The movie was obviously lovingly crafted. I wasn’t as awed with the beauty of this film as I was in Crimson Peak, but perhaps it isn’t fair to compare two movies so very different in themes. It was, however, definitely missing… something. The film was good, but also I felt somehow unsatisfied at the end of the film. There are so many interesting subplots going on in the movie. It’s kind of… part glorious old-school musical, part Russian spy film, part gay unrequited love story and part civil rights epic. All of these things are going on, but not much is said with subplots that had such great possibilities. The bad guy isn’t really that scary in this film… so if you are a horror fan, Strickland won’t hold up to the likes of real movie villains. Sure, he is selfish and not very bright, but that isn’t very hard to beat, is it?

I give The Shape of Water four stars. It is certainly a film worth watching, it just wasn’t quite the film I had hoped to see. Somehow, del Toro always manages to let me down just a little bit with his storytelling, while visually keeping me on the edge of my seat. The Shape of Water is currently a limited release. Please check local listings for times.