EPiX Brings the American Myth of Helter Skelter to Life 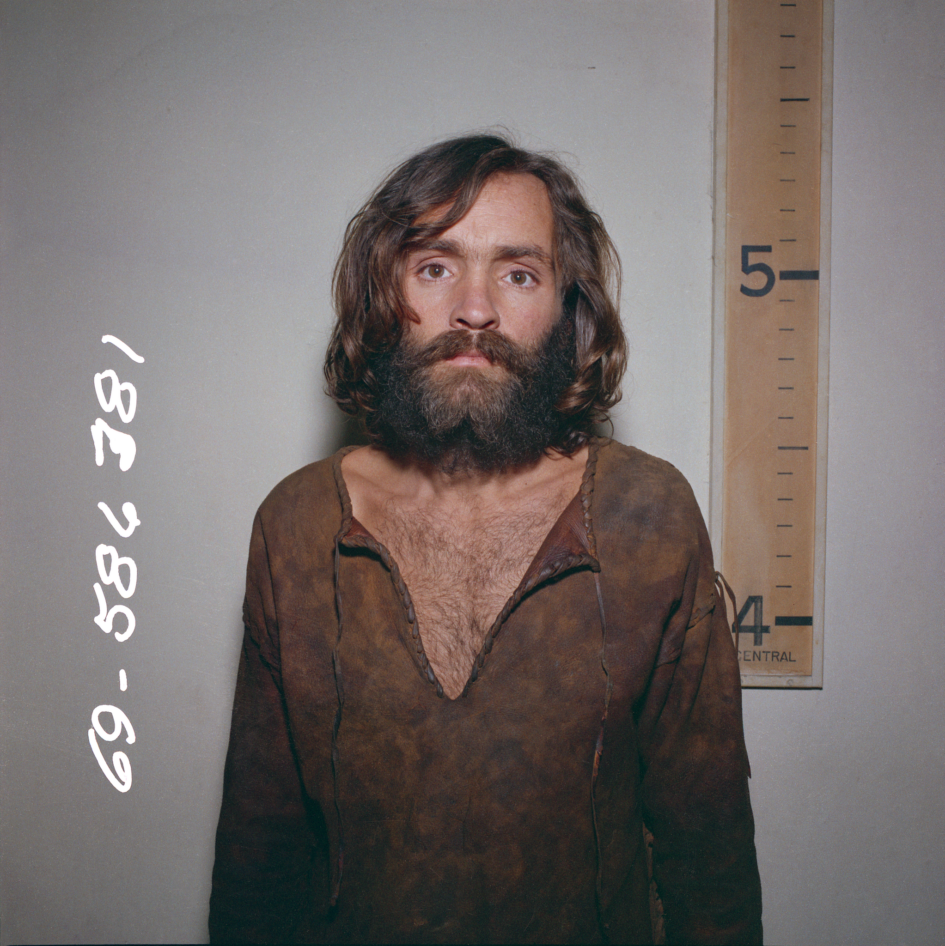 Per Matt
Not every monster covered in Zombies In My Blog is fictional, but just about every one of them is spooky. And the scariest one of them all can be found in real life. The creepiest thing that I watched throughout Halloween this year was Helter Skelter: An American Myth, which covers the complex story of the Manson Family in the six-part docuseries created by Greg Berlanti, Sarah Schechter and Eli Frankel. Through archival footage, newspaper headlines, news reports, vintage and recent interviews, the viewer is able to get a behind-the-scenes perspective of the crime of the century.

The real Charles Manson was nothing like that which was depicted in Quentin Tarantino’s recent release, Once Upon a Time… in Hollywood. Described at different times as “playful, funny, impish and demanding” as well as “interesting, philosophical, friendly” and “a gentle human being,” Charles was depicted differently, depending on each person’s needs.

He was a charismatic master manipulator who was able to immediately read people’s weaknesses, using them to start a pseudo-religious cult. This hippie collective began with six women, as he encouraged them to forget their families, lose their inhibitions and ignore society’s standards. “The Family,” as he called them, was on the fringe of show business, rubbing elbows with celebrities, each one wanting to become musicians. Once his musical career was canceled, he turned to the Helter Skelter phase of his life by moving out to the desert, away from society, hoping to start a race war.

“Helter Skelter is an edge-of-your-seat thriller about a small-time con artist who spearheaded one of the most unspeakable murder tragedies in history,” said Brooke Karzen, the Executive Vice President and Head of Warner Horizon Unscripted Television. “It explores the age-old question: are killers born or are they made?”

This is definitely the most freaky part of the series. Hearing him speak his words is scary enough, but learning the details of what he did and his reasons for doing them is the absolute worst. He’s humanized when referred to as Charlie, something I absolutely choose not to do.

“It’s strange what can change your life…”

The first two parts of the documentary focus on his upbringing and attempts at starting a musical career. The third episode goes a bit off topic, focusing more on race riots, leaving Charlie and The Family in the dust for a tad too long, while part four gets to the bloody heart of the matter. Roman Polanski becomes an undercover investigator in the fifth part, which also focuses on the surviving journalists who covered the trial (it was also the most powerful). The final episode attempts to wrap it all up, eventually offering up potential conspiracy theories way too late to explore.

Manson was a puppeteer who kept pulling the right strings to get what he wanted at just the right times, brainwashing so many people into doing his dirty deeds. His lifestyle was not at all glamorous, as some have implied. Above all, Manson wanted to be famous and important. So many years later, by becoming a celebrity criminal, it seems as if he has accomplished that, at the very least. After all of the murder convictions, in 1972, the California Supreme Court ruled the death penalty unconstitutional and the majority of convicted Manson Family members have been denied release multiple times throughout the year, although a couple did manage to eventually get set free.

Watching the period b-roll is an informative, less-stressful experience, seeing what was taking place during the late ’60s before The Manson Family struck. Each of the six episodes are tough to watch, as I was dreading what was soon to be revealed. The crime-scene photos were absolutely gut wrenching. My stomach literally tightened up as I watched. At certain points, the storyline and quotes repeat, which makes the multi-part docuseries feel like it’s sometimes filling space, but it does a pretty good job approaching the real-life people from different angles. There’s definitely some powerful, painful negative vibes on display.

“The Manson trial became symbolic of everything evil that was happening in society.”

It’s interesting to hear from a clinical psychologist make informed comments about these people, as “damaged” is the correct descriptive word for Manson and his ragtag band of followers. There’s never been a lack of interest in the Manson story because it actually changed society, bringing a paranoid culture into Los Angeles that wasn’t previously there in the ’60s, officially ending a more innocent time. But what else would you expect from a man who spent more than half his life in prison? He knew how to twist people; he knew how to survive.

“You can’t have a philosopher or a guru, without also being a con man.”

The horrible behavior, the mind games and the abuse of his fellow misfits, as well as the slaughter of innocents is absolutely indescribable, unrelenting and inexcusable. There’s so much psychological horror pent up in this mystical, bearded Svengali. It’s hard to look away and imagine that he almost got away with it all. Unfortunately, it almost happened.

“I thought Charlie was a great con man.”

Snake, Mother Mary, Katie, Lulu, Blue, Sadie, Gypsy, Squeaky and Tex get sizable amounts of screen time, but the one current-day interview I kept hoping would manifest was one involving Roman Polanski, but that was never the case. There is a decent clip rolling behind the scenes on his film, The Vampire Killers, which includes a young Sharon Tate, but that was all.

Even in death, Charles Manson was and still should be considered a monster. He was a terror raised by society through the lowest common denominator, so seeing him exploit that same system shouldn’t be a big surprise. I just hope and pray there won’t ever be another just like him.