What Does Jon Favreau Bring to The Mandalorian?

As Avengers: Endgame wraps up one film franchise, another one prepares to begin. And the shiny connection that links the two is filmmaker Jon Favreau.

Hired as the behind-the-scenes force to bring the first live-action television series set within the Star Wars Universe to light, Favreau has a lot of pressure riding on his shoulders. But what does he bring to The Mandalorian?

Favreau brings credibility as a filmmaker. As a struggling actor, he wrote and acted in Swingers, which began his journey behind the camera, eventually leading to directing blockbuster films. As a director, he’s had some hits (Elf, The Jungle Book) and some flops (Zathura: A Space Adventure, Cowboys & Aliens), but he receives a TON of credit for helping mold the Marvel Cinematic Universe with Iron Man and Iron Man 2.

Favreau is a builder of universes. At the time, Marvel was bankrupt, having previously auctioned off its properties to rival studios. It took a lot of hard work to build the Marvel Cinematic Universe from the ground up, and the resulting films that routinely rake in billions of dollars at the box office would not be remotely possible without the man’s efforts.

Favreau is no stranger to Star Wars, having previously voiced the role of Pre Vizsla, the leader of the Mandalorian Death Watch in Star Wars: The Clone Wars. So, the actor was already familiar with similar-armored characters based in a galaxy far, far away.

Favreau brings a level of celebrity to Star Wars, which in turn means he’s got plenty of filmmaking connections. As of now, not a ton of details have been revealed about the upcoming TV show, but there was a Q & A session at Chicago’s Star Wars Celebration, where Favreau discussed the upcoming series. He will serve as writer, executive producer, showrunner and creator, while working alongside executive producers Dave Filoni, Kathleen Kennedy and Colin Wilson.

November 12, 2019 is the premiere date for The Mandalorian, which will air on the new streaming service, Disney+ to no one’s surprise. Season 1 will consist of eight episodes.

Currently, there’s no episodes listed crediting him as the director, but there’s some familiar names who should be recognizable: Dave Filoni (Star Wars: Rebels, Star Wars Resistance and Star Wars: The Clone Wars), Deborah Chow (Fear the Walking Dead, Jessica Jones, American Gods, Beauty and the Beast and The Man in the High Castle), Rick Famuyiwa (Dope, The Wood), Bryce Dallas Howard (???) and Taika Waititi (Thor: Ragnarok, What We Do in the Shadows).

Director Bryce Dallas Howard brings a serious WTF reaction to this longtime fan, but I’m most interested in seeing what Taika can bring to Team Disney. I’m more hesitant to see what The Maker, himself, George Lucas, will bring to the show, stepping out of retirement. 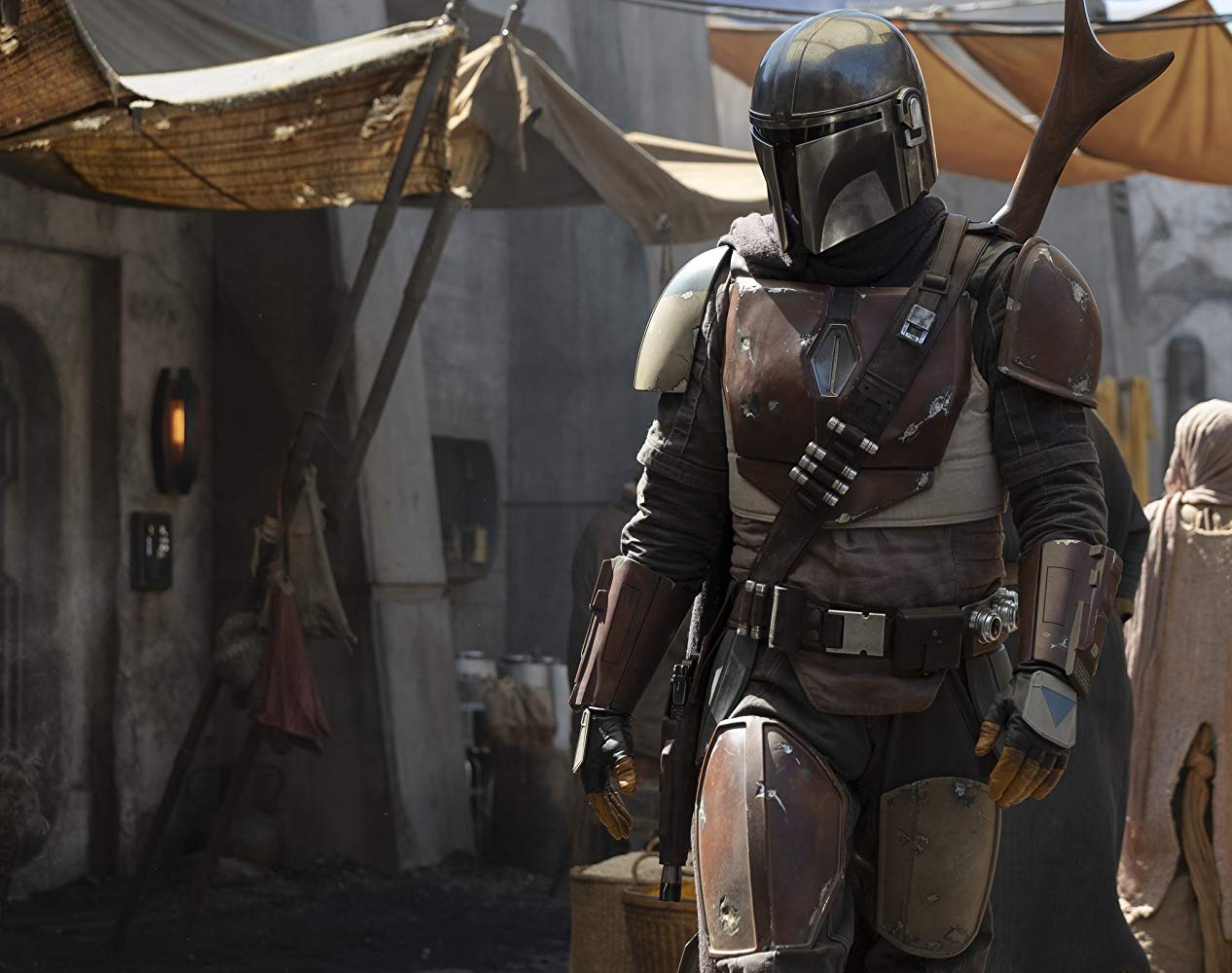 The Mandalorian is on the hunt. Photo Courtesy: Lucasfilm

According to the teaser: The Mandalorian is set after the fall of the Empire and before the emergence of the First Order, following a lone gunfighter in the outer reaches of the galaxy, far from the authority of the New Republic.

Pedro Pascal will star as the title character, along with Carl Weathers (COOL!) as Greef Carga and Gina Carano (YES!) as Cara Dune, along with Nick Nolte and Werner Herzog (REALLY!?).

That’s a bit of WTF casting, but it might actually work in what feels like could become a Western in outer space, possibly along the lines of Firefly. Now THAT is something I could really get excited about. The actual name of the title character is still unknown, as I suppose that mystery will be unfolded and teased up until Season 2, but some fans are rooting for it to actually be Boba Fett!

Not this fan, mind you, but if you believe the stories of the Extended Universe (which are no longer considered canon), the bounty hunter somehow survived the Sarlacc pit and had many more adventures thereafter. Of course, EU fans have been riled up before in the past, as an entire book series was tossed into the wind after Mandalore received a retcon in The Clone Wars, so it seems only natural that those same fans are clinging to the past, regarding a new Star Wars series.

Could The Mandalorian be Lucasfilm’s attempt to woo back that same crowd? Before Episode IX hits movie theaters, we may find out!