Something Spooky is Brewing in The Terror: Infamy 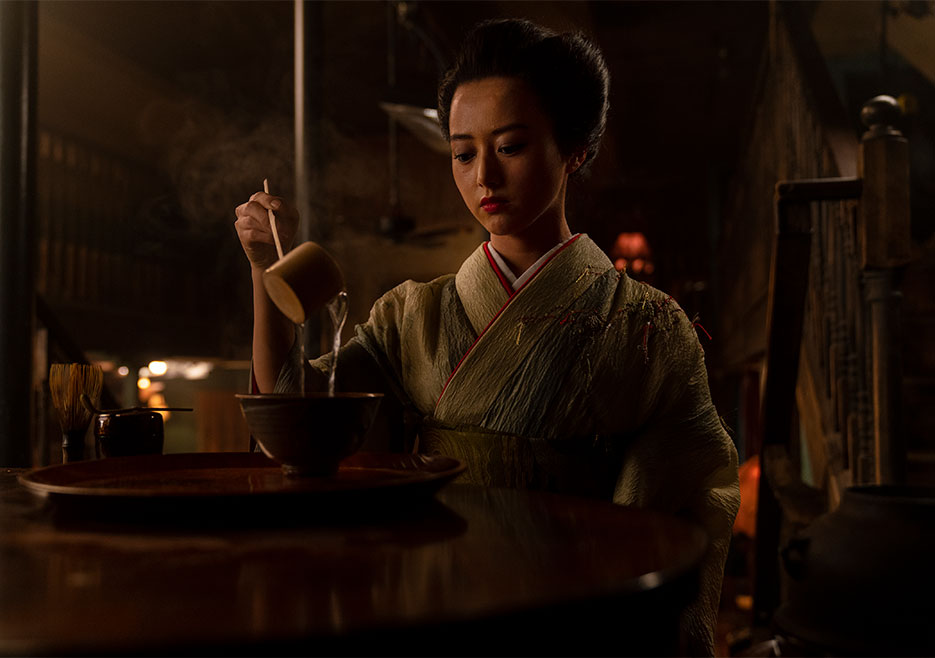 In Japanese literature, kaidan are ghost tales which may include spirits with strong desires. And according to Wikipedia, these folk tales feature supernatural elements that “bring an old-fashioned air into the story.” That’s a pretty basic description of The Terror: Infamy, but it’s also pretty accurate.

Superstitions are canon in this second-year series. While the previous season was based on a historical novel with supernatural activity, Season 2 is not related, story-wise. The Terror has now become an anthology series and the franchise has become better because of it. Previously, the show featured numerous British actors starving in the Arctic, while being hunted by an unknown evil. Infamy features an all-new cast, predominantly actors of Asian descent, in a storyline that takes place at the onset of World War II.

The beginnings of a haunting on Terminal Island (which is just off the coast of San Pedro, California) have been realized by a few Japanese immigrants and just like any good science-fiction or horror movie, no one believes the hero until it’s too late. This uneasy, unnatural menace has arrived just before the air raid sirens reveal that the nation is now at war. The bombing of Pearl Harbor means that many of these characters will be wrongly imprisoned within internment camps, where this undead monster will surely follow, bringing death with it.

“There’s something evil. I can feel it.”

In the season premiere, “A Sparrow in a Swallow’s Nest,” we are introduced to characters who will face more than a few hardships. There’s allegations of domestic abuse, an unplanned pregnancy, a funeral and an evil Caucasian employer, and all of that’s taking place before the War Relocation Authority creates havoc for these characters. Then there’s this evil presence, which may be seeking revenge of some sort (don’t call it the Spirit of Vengeance).

“Just let me be scared.”

George Takei appears in a supporting role as Yamato-san, but more importantly, he was brought on-board this project as a consultant to make sure of its historical accuracy. Derek Mio portrays the main character, Chester Nakayama, who might have become one of the earliest ghost hunters. Through spirit photography, he has realized a something has arrived, creating an uneasy fear of the unknown. So far, the tea leaf reader, Yuko (Kiki Sukezane), is my favorite of the bunch, as she seems to be connected in some way to this tormented spirit… but is she the true evil?

This intriguing life-and-death tale of light and darkness brings psychological horror to the Japanese culture. A groundswell of paranoia by these survivors creates a creepy tale told on the backdrop of a terrible misstep in America’s history. Once this season was announced — and it absolutely feels like a totally different show — I was excited to see it. Supernatural elements seem to be the only true connection between the two seasons, although neither seem to be related. I’ll always be interested in watching stories involving the afterlife, and through one episode, at least, this supernatural thriller has already impressed me.

There really haven’t been too many shows to air — ever — in this country that have practically an all-Asian cast. I’m impressed with this ensemble show, from its developing storyline, to its authentic-looking sets, to its writing, directing and actors. I really hope it gets quality ratings so there will hopefully be many more opportunities for diverse stories to reach a mass audience.