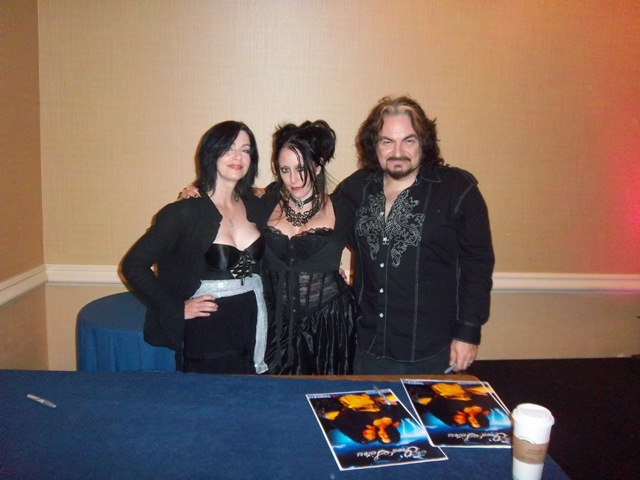 Per Matt
While attending the horror convention, Fatality Fest, we watched the indie horror movie, The Good Sisters, featuring Debbie Rochon and April Burril, written and directed by Jimmyo Burril. After the movie screening, the three gave a brief panel, discussing their experiences while making the supernatural movie about a pair of witches. April and Jimmyo spoke with us about a possible sequel, working within the constraints of a micro-budget film and filming inside a haunted hospital.

You hinted at doing a sequel to The Good Sisters. Where would you take the story?
– Jimmyo: “I’m excited to do The Good Sisters as a ghost story. Once I started figuring out how to make it work and how I want to bring voodoo into it, I’ve got to make this happen.”

– April: “I think it’s going to be more exciting because as ghosts, we’re going to be more like the monster in the movie. Less of a dialogue focus, more of the thing that scares the crap out of people.”

– Jimmyo: “They’ll actually have little to no dialogue.

One of the biggest things to freak me out is having supernatural themes in horror movies, which works in The Good Sisters. Have you ever experienced any?
– Jimmyo: “When I was in the Fourth grade, we moved to a place called D’Low, Mississippi. Everyone in my family believes that house was haunted. There was a lot of strange stuff, like our cat was constantly being put on the hood of our car. We couldn’t find a way that our cat was getting out. It was a white Persian and if she was going through any place that was dirty, it would show. Every night, she was put on the hood of our car.”

“It was an old house on cinderblocks. It was built before The Civil War. The place was used as a hospital for the Civil War, so most people died in the house. There were a lot of strange things: the sound of people walking down the hall and the door opening. There was one night when my Mother went to bed and heard someone run into the bathroom and throw-up violently. She thought it was me and when she got there she found nobody, but the toilet lid was open and the window was open. I don’t know that it was haunted, but my memory and my family’s memory is that it was.”

The Good Sisters wasn’t your first film. Could you tell me a little about your background?
– Jimmyo: “We did three films and two episodic TV series. The first season of the Sally show is 12 episodes, a half-hour each. The second one is eight episodes, a half-hour each, but April and I are theater people. We’ve done a lot of theater. The first thing that we did was a film-version of Silver Scream, which was a musical I wrote. That’s how we kind of made this branch over. So, we tried to figure out how to do it.”

– April: “Debbie came in with us for a seasonal special for the Sally show. It was a Groundhog Day special, because everybody does Christmas specials and Halloween specials. She came on as Blondie, the second prostitute. Her character goes on to play a very big role in Season Two. And of course, she’s in The Good Sisters and anything else we do that we want her to play with us on.”

Didn’t you mention after briefly working with Troma, you’re now self-distributing all your movies?
– Jimmyo: “Yeah. We self-distribute, for the most part. If we have a big-enough budget for our next picture — The Darling Clementines — I would get an upper-echelon distributor like a Lionsgate, who can branch out and get DVDs in the stores. I would like to do that. Not to bad-mouth any companies, but I don’t see anybody on the level that we’ve done so far, would do themselves any favors by going with a smaller distributor.”

I’m always fascinated with production budgets and what kind of results indie horror movies can produce.
April: “It cracks me up when people are talking about this film had almost no money, like $100,000. Really? You know how many things I could buy from the Dollar Store for $100,000?”

– Jimmyo: “We have never had a budget as big as a major film’s craft services.”

– April: “We’re very good at turning our liabilities into assets. I think a lot of that is from our theater experience.” 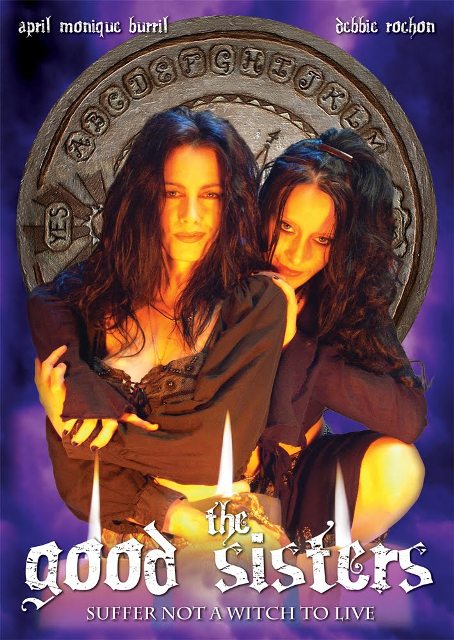 – Jimmyo: “We just find what works… and if it doesn’t work, between April and I, we make it. Our day jobs are as artists. With our theater background and our art background, we build our own sets and make our own costumes. In the Sally Show, when you see billboards, or anything Porterville, I’ve made that. There’s no Porterville town. The town that we shoot it in, there’s this big railroad bridge that has metal signs that say the name of the town. So, I go in with CGI and remove their lettering. The same with the cop cars. We kind of cheat. This needs to be done, so we’re going to do it.”

Do you find collaborating with friends helps your creative process?
– Jimmyo: “Oh, yeah. The cool thing about film and theater is that it’s a melting pot of artists, whether it’s actors, seamstresses, painters, lighting designers, musicians or writers. If you’re one of those kind of filmmakers who do the ‘My word is the final word,’ kind of thing, I think you might come out with a less well-rounded project. When you start adding these other ideas, you make a more interesting final product.”

There was a screening for The Hospital at the Alabama Phoenix Festival. April, how did you get involved with that?
– April: “Jim O’Rear and I have been crossing paths mostly on social networks, starting on Myspace, back in the day. We both have the same sensibility, sense of humor and the same tastes in horror. He finally had a project that was nearby and he had a role he wanted me to play. I read the role of Mallory. This is not like anything I would ever picture myself playing: a 20-something-year-old, college girl who is the bitch of the group. It’s the one who everyone wants to die. I had to decide if I wanted to play that horrible character, who everybody hates. I’ll make them really want me to die.”

Did anything odd happen while filming the movie?
– April: “We shot in a haunted hospital. It’s a known haunted location. When I got there, all of the cast and crew were staying there. Part of it had electricity and sort of plumbing. It was kind of like camping out. They were having ghost encounters all over the place. One of the guys from Ghost Hunters International was in it and we actually went on a ghost hunt. A couple of lights went off and there were noises. It was fun. We didn’t have any amazing encounters that I saw, but it may just be because I was there. I think I scare ghosts away.”

Will Season 3 of Chainsaw Sally be happening soon?
– Jimmyo: “Here’s what’s going down with that: With my partner, Pat Storck, we’ve written the first part of Season 3 — which is much heavier, much grittier. Each time we do Sally, she gets a little more fucked up. Unless we want to stay a ‘net show, instead of going episodic, it might be time to do another Sally movie. Right now, it is a coin-toss if there’s going to be a Season 3 or a movie.”

Is Redbox or Netflix a ever a possibility for your movies?
– Jimmyo: “The Sally movie was on Netflix for a while. I think we’re working on getting them on Netflix streaming. We’re also talking to Netflix about the potential of Sally becoming one of their productions. The way Netflix streaming works now is how we started doing Sally, before Netflix was doing that. It seemed like an obvious thing to do. If you put your stuff online so people can watch it whenever they want to, if they like it, they’ll buy it on DVD — even if they’ve seen it. So, we put it online for free and sold thousands.”

Will you be attending any conventions any time soon?
– April: “We’ve got the next Fatality Fest, that’s being held in Montana, but we don’t have any plans — convention-wise — beyond that. Hopefully, we’ll be too busy filming.”