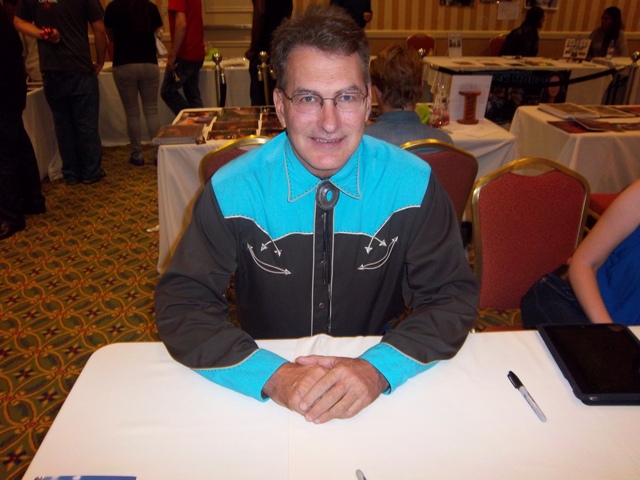 Per Matt
I’ve always been a big fan of Joe Bob Briggs. From watching him on TV in Joe Bob’s Drive-In Movie, to Monstervision, to The Daily Show, it’s been clear that he’s a big-time movie fan. Recently, at the Fatality Fest horror convention, Joe Bob Briggs sat down to talk with us about starting a movie studio from the ground up, his search for great genre scripts and how you could get the opportunity to work for the Hollywood legend, himself.

What inspired you to start a movie studio in New York?
– “It’s a full studio. It’s funded so that we can make 12 pictures the first year. We’re going to do everything Sony or Paramount does, we’re just going to do it at a low-budget level. We’re going to develop scripts, develop talent and hire directors. It’s basically the Roger Corman model, that he developed in 1954. Roger Corman has been a friend of mine for 30 years, but obviously it’s a different world from 1954. Ours is devoted to the alternative means of distribution for 2013, whereas he was involved with the alternative means of distribution in 1954, which was drive-ins and other neglected places. We’re basically creating a low-budget studio film-factory.”

How did you choose the name, Coney Island Pictures?
– “It’s New York-based, but I happen to like Coney Island. I think it’s retro and it kind of suggests it’s slightly sleazy. It’s family-oriented sleaze. It has everything. It’s where all the families of New York used to go. I think they had one of the last continuous freakshows in the country. Unfortunately, the freakshow’s no longer there. Coney Island was known for that kind of thing. Before movies existed, it was the original place of exploitation. Every kind of carnival attraction was at Coney Island. I don’t know if you’ve ever seen the logo for Coney Island, but it’s the most frightening logo you’ve ever seen. I wish we could get it. I’m sure one of those amusement park companies owns it. It’s got this face of a guy grinning, like he was about to devour you. It’s totally frightening to little children.”

What’s the first project you’re looking to film?
– “We have optioned some scripts. We made a call for spec scripts and we were blessed with some really good scripts. If these people were smart, they would sell them to Hollywood for $500,000. They’re that good. Instead, I talked them into selling them to me. I was very open with them about it. I would meet with them and I said, ‘You really shouldn’t sell this script to me. The only thing I can offer you is that I guarantee you it will get made. Because if I buy it, it has to get made. I have no choice. If you sell it to Hollywood, it’s going to be re-written by 30 other people. And then, it may or may not get made. It may sit on the shelf forever. If it does get made, it’s not going to be like anything you wrote. So, all I can offer you is that it’ll be basically what you wrote and it will be made quickly. The bad news is, it’s not much money.”

How did you get interested in starting a movie studio?
– “I’ve watched a lot of indie filmmakers over the years and the things that made indie filmmakers fail were the things that didn’t cost any money. You didn’t work on the script long enough. You didn’t art-direct your film. Digital technology is great, because things that cost $500,000 in 1998 may just cost $10,000 today. Whatever that is… a 95% drop in the price of technology is great, unless it makes you lazy. Guys think, ‘I can shoot as much footage as I want, I can shoot every angle that I want,’ but they don’t plan their shots. So, when I hire directors, I want guys who have been classically trained, where you don’t break that perspective line and you do the set-ups. You know what the money-shot is in each scene, you shoot that and you move on. You don’t wander around with a camera.”

“Basically, we’re reproducing MGM in the 1930s, just on an extra-low-budget level. We’ve got writers, we’ve got directors, but nobody is an auteur. Everybody is a craftsman. We don’t have any writer-director-producer-cinematographers. We just have writers. We have directors. Some guys don’t like this, because some guys have come to me with writer-director deals. You have writers who are not very good directors and directors who are not very good writers, but they’re doing both jobs.”

“There was only one Orson Welles, and even he made some crap. You’re probably better at one or the other. Which would you like to be? If we buy your script, we don’t really want you to direct your script. It’s not because we don’t think you’re capable of it, it’s just that we want a guy who will do exactly what we want to do with the script. Not what you envisioned when you wrote the script. I can say this, because I’m a writer: I fall in love with stuff that I write. I’m not always the best judge of how to edit the stuff before it comes out. I know how painful it is to get rid of stuff that you’re really proud of.”

Are you looking to make any horror movies?
– “Most people send me horror scripts. I want genre scripts, and by that I mean horror, sci-fi, action and martial arts. I also want to make the classic high school-sex comedy or college-sex comedy. I’ve been advised by my friends Jim Wynorski and Fred Olen Ray — classic exploitation directors of the ’80s. They say, ‘Do not try to make one of those old sex comedies. That is suicide.’ Four guys trying to get laid: To me, that’s one of the classic plots in movie history that always seem to work. Their adventures, as they’re trying to get laid, are always funny and they always have a lot of cute girls taking their tops off. How can that not be commercial? I think you can do those, even in the age of porn. I’m kind of determined to try one of those.”

“Most of the scripts we’ve received are horror. I’m very skeptical of horror-comedy, however, I got two scripts that were so good, I’m probably going to make them. I think horror-comedy is really hard to do. The secret to it is that it’s got to be 80% horror, 20% comedy. If it’s 20% horror and 80% comedy, you just get sick of it and it becomes old. I got two really good sci-fi ones. I got one that’s set in the 14th century, in the time of the Great Plague. It’s really a Zombie film. You never mention ‘Zombies,’ they’re not undead; they have the plague. I told the guy, ‘You can sell this either to a video game company or to a major Hollywood studio and probably retire for the rest of your life. Or you can sell it to me for nothing and I will totally exploit you, but I probably won’t have the money to do the crowd scenes correctly.’ The script is that good. That particular script is set in 14th century Normandy. I fully expect to make that. It’s not going to be the first one. In a year from now, after I have some under my belt, maybe I’ll tackle that one.” 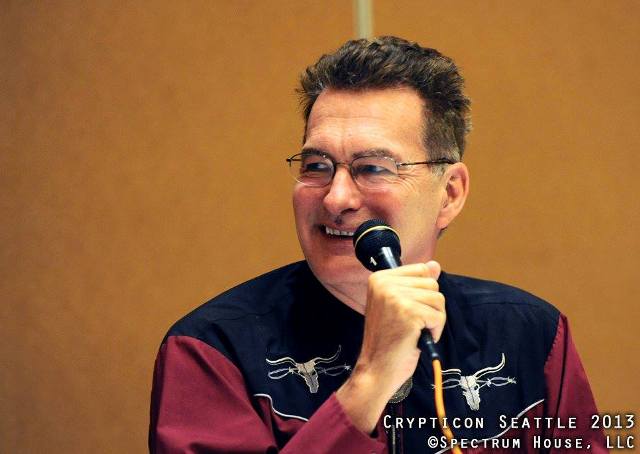 Are you currently looking to hire any positions at your studio?
– “I’ve been lucky with scripts, I’ve been less lucky with directors. If you are a director, if you have recently graduated from film school, if you’re about to graduate from film school, if you have been in Hollywood for 10 years and no one will hire you but you’re really, really good: Send me your reel. You do not have to live in the United States. If you’re a director, I will watch your reel. I have to have directors who are smarter than me, writers who are smarter than me.”

“Most of the actors will be hired locally, but I’m not like the guys who are always complaining about method actors. I love method actors. I love guys who get crazy about their role. I don’t care what bizarre shit they do on the set, if they’re crazy about the role, I love them. I want them to ignore every other aspect of their life in order to be in that character. I love New York actors as opposed to LA actors. The main difference being they study all the time. That’s all they do. They go to class all the time, they do theater all the time, they’re acting — whether they get paid or not. They’re waiting tables or they’re acting, it’s all they do. They’re serious about it. In LA, you’ve got to drive two hours to your acting class. You’re not acting all the time.”

Will any movies be filmed this year?
– “We have six projects that are in intensive script rewrite. We get everybody on Skype, who is involved, and we talk through the script. And by the way, writers love this. They’re not all resistant. Generally, I don’t like that process for my own writing, but screenwriters are a special breed. They understand that everything is going to change. Everything needs to be tweaked and adjusted.”

Will you be appearing at any upcoming conventions or events?
– “I appear a lot at the Alamo Drafthouse. They have an excellent film festival in September called Fantastic Fest. I’ll be there. They’re doing an interesting thing this year. Tim League, who owns Alamo Drafthouse, is starting a film market for genre films, just like the American Film Market in Santa Monica or the Cannes Film Market in Cannes, France. That’ll be a great thing, for guys like us, where films are bought and sold. A lot of exciting things are happening right now, in this genre world.”