FearFest and Other Horror Options for 2019 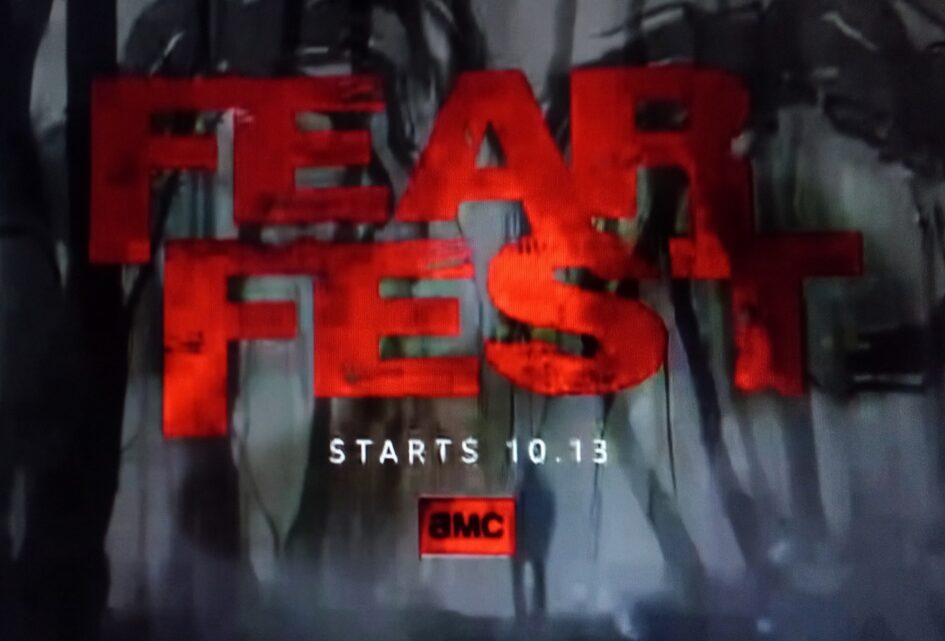 Per Matt
For the love of Edison, I’ve seen the light!

October is probably my favorite time of year. It’s when the leaves begin to change, the weather gets cooler and horror-movie marathons take over my spare time. But this year was a little bit different…

Summer ran longer than expected (for the second year in a row) in the surrounding area. Ninety-degree days just ain’t right for the month that brings Halloween for Middle Tennessee (and the neighboring Southern Kentucky). So, short sleeves and humidity were dealt with up until the second week of September, then a change began to fall. With the cooler weather came rain storms and then just a few days ago, 60-mph winds wreaked havoc, leaving a path of destruction that included the power to my house. Thus, Halloween was ruined (for a few days).

You see, I live out in a rural area. Away from the suburbs. And I don’t have too many neighbors. You could call it country living. And with that comes a variety of problems city folk usually don’t have to deal with. Usually, it’s just my computer’s bad reception (satellite internet service is THE WORST!), but more recently, it was lack of power to my house.

I left the house Saturday morning with no idea that I wouldn’t have access to the ‘net, television or more importantly, light. So, when I returned, I was kinda in a daze. Sure, I found candles and delicately moved about a very dark house (sounds like a horror movie!), but I had no idea how long it was going to last (or really how to prepare for such a situation). And when the lights are out, there’s definitely no watching any horror marathons, whether they’re saved to your DVR or airing on cable channels. Instead, I just went to sleep.

Sunday, still no power. I later found out power was out all around the area, so I wasn’t the only one missing out. Instead, I decided to brew a raspberry gose since I already had the ingredients and didn’t need any electrical power for it. As the sun went down, I’d already cleaned up my equipment and taken a shower, so I went out to a restaurant for dinner and to charge up my phone (I needed to set an alarm to get to work the following day).

Instead, I awoke around 4:30 am and stumbled out to a 24-hour IHOP for breakfast before going into work a little early. What else was I supposed to do? After about 30 hours, my power was finally fully restored (some people are still without it). So, what was the first thing I tuned into the telly? Local weather, naturally. Sadly, nothing seasonal.

All of this is background information, leading up to how I was preparing for the spooky season.

“Was that the bogeyman?”

Looking forward to AMC’s FearFest, I checked into parts of the Stephen King marathon, mostly watched Misery and parts of a few other films, but that was about it. I was getting bored with the usual offerings. Horror movies are more than just slashers. So, I decided to finally switch channels! What a twist!

For the first time, I watched the Halloween Scare-a-thon on IFC, featuring all the screams, all day long and many of the franchises (and their sequels). I also caught some of the horror showings of HDNet. I need to see a variety, much more than just a few franchises. While I appreciate Aliens and cult classics being shown, I had already watched Critters Attack! and re-watched the original classic, Halloween — twice via different channels — followed by Halloween 4, Final Destination and 30 Days of Night (one of my bloody favorites!).

Don’t forget the 13 Days of Halloween on HDNet Movies. I managed to re-watch the original Purge (much less complicated and more enjoyable than the TV version featuring a variety of “main” characters). I eventually caught a few minutes of Freddy Krueger and Jason Voorhees, but I’d rather binge watch American Horror Story, The Walking Dead and random episodes of Futurama, to be honest.

This year, Halloween has gotten complicated for me. Make sure to enjoy it however you feel fit.

‘Tis the season for the fears…