Once More With Feeling: Guardians Episode 3 is a Little Less Plastic 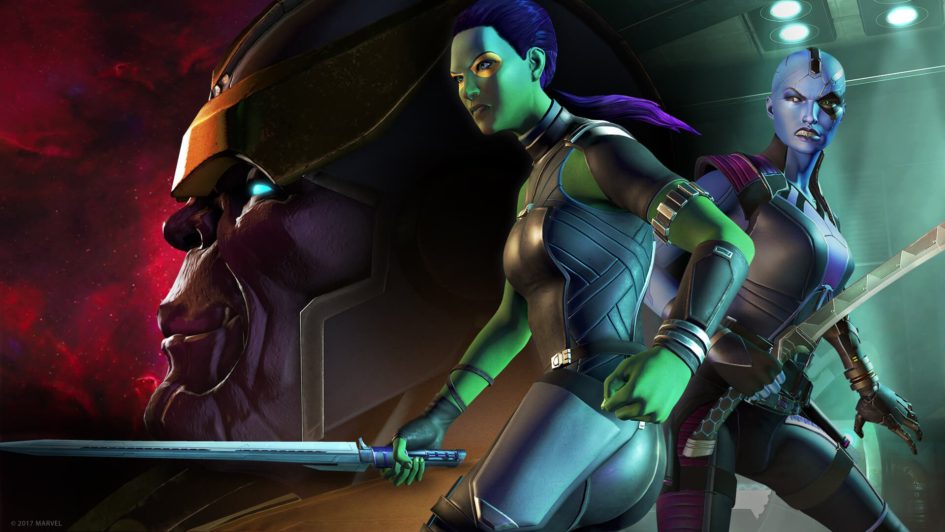 I admit, I’ve given the Telltale Guardians of the Galaxy game some hard knocks. Through a conversation with some fellow Game of Thrones fans, while they were showing off the same studio’s take on that franchise, it all came clear to me. The Telltale platform and genre is not inherently problematic — it is this story and their handling of this franchise that is the biggest weakness. Their concept and platform are sound. They just suck at writing and execution for this title.

That said, Episode 3 (More Than A Feeling) makes a pretty big improvement on the story and gives some more engaging roots to their version of the characters. This time around, I started to care a bit about their plight, and the events and results of the quest. This installment seems more purpose-driven with its flashbacks and the time spent on them than the previous episode.

Another improved element is more opportunity in the given choices and dialogue to play with Peter Quill’s humor and smart-ass disposition. With the addition of Mantis to the story, players have the chance to make decisions in his interactions with this new addition to the team, and that helps freshen up things a bit.

This episode also ends on a more believable dark note than the implausible ending of Episode 1 or the utilitarian end of Episode 2. The pace and positioning of it seems appropriate for the middle of the overall tale, and the awkwardness of it lacking a fit in either the comic or movie continuum is dulled more.

None of these positives affect the overall tedium of the game at a larger scale. For one, the controls are still incredibly finicky, with annoying locations of button alerts (now popping up on the backs of guns or belt buckles, etc) and far-too-precise requirements for arrow controls. They do keep a certain appropriateness of button types (like R2 continuing to be used as a trigger), but the camera position of the action still reduces such scenes to a melee whack-a-mole game.

As with previous installments, these characters seem more animatronic and plastic than other Telltale titles, even though the pacing and action help keep your mind off that fact for a bit. I still walked away feeling like I’d just played a giant action figure game using wax museum dummies.

Speaking of robotic traits, there is a painfully similar re-use of the same puzzle concept as Episode 2, toward the end of this installment. It seems that recycling a lot of elements from episode to episode is the method being used by the game creators, and it shows.

A big key to the now-mixed feelings I am churning up for this title may be an age issue. When I really think about it, my 10-year-old probably should be playing and reviewing these games, as it doesn’t bother him as much. Perhaps it is the sheer volume of time it can occupy to plod through the motions, or the nagging feeling that spending an hour and a half of this game is just an hour and a half less time I could be playing Destiny 2.

Whatever the case, it is nice to see the story improving, despite the inherent flaws in the concept. I’ll give this one a charitable 3/5.