The Good Place Keeps Forking With You in Season 2 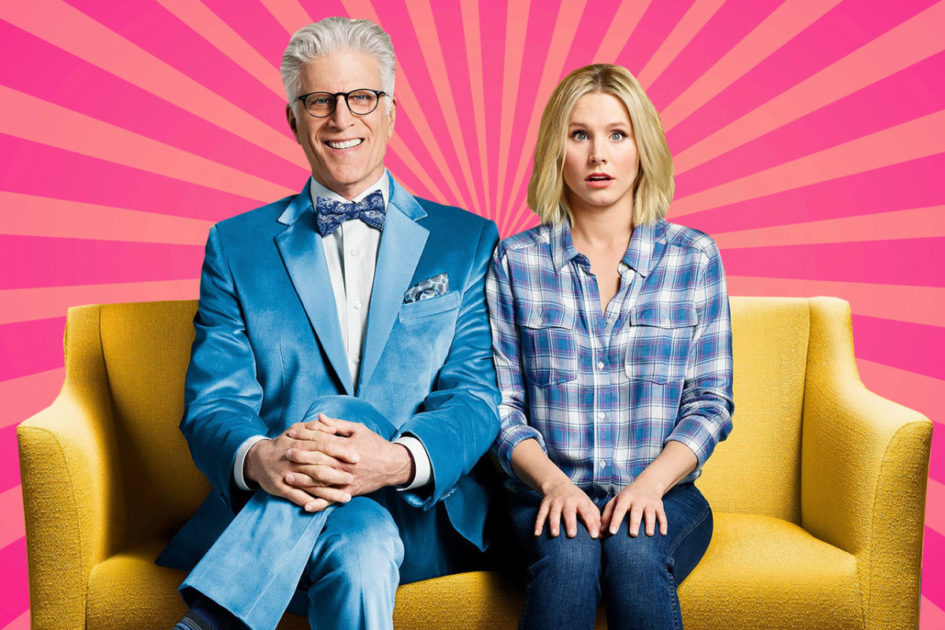 Season 1 of The Good Place ended with one doozy of twist for Eleanor. It turned out that her experience, along with Chidi (William Jackson Harper), Tahani (Jameela Jamil) and Jason (Manny Jacinto), was a new form of torture, dreamt up by Michael (Ted Danson). Rather than getting tormented by demons, the central quartet was being tricked into torturing each other.

The general overture of this twist wasn’t wholly unexpected. When the series was first announced, many people assumed that a comedy about someone who was accidentally sent to The Good Place (i.e. heaven), instead of The Bad Place (i.e. hell), would be revealed that it was The Bad Place all along. And those people were right. The shock came from the realization that (aside from lovable dimwit, Jason), Chidi and Tahani were also in The Bad Place, and that jovial Michael was beyond duplicitous. The whole “town” was in on the con, and the seeds were everywhere, if you knew where to look.

The season ended with Michael wiping everyone’s memory, and restarting his simulated “paradise.” And that is where Season 2 picks up. Michael is preparing for round two. He’s learned from his mistakes, and his grand experiment cannot fail again, else he will be sent to an eternity of suffering.

And that is what makes it so shocking, since round two is over nearly as soon as it began. The season opener spreads its focus among all of the main characters. We watch the suspicious Eleanor work out the pieces of the puzzle, thanks to a note she left for herself. Indecisive Chidi is forced to choose between two potential soul mates. Beautiful skyscraper (Eleanor’s words, not mine) Tahani is placed in a tiny home, with an equally tiny partner. And poor Jason is stuck with a fellow “monk,” who has also taken a vow of silence.

What makes this interesting is that we now get to watch Michael pull the strings from the outside. These new tortures are perfectly suited to his captives, but everything is rushed and un-focused. Michael spent an untold amount of time perfecting the town for the events of Season 1. Everything was planned down to the tiniest detail, but in pairing the humans together, he failed to foresee how they would influence each other. Despite that, his attention to detail was impeccable, but here, in round two, he has jumped right into discomfort. Tahani is immediately miserable, and gets wasted at a party. Chidi is immediately suspicious because his stomach shouldn’t be twisted in knots in The Good Place.

His crew is similarly dissatisfied. Vicky (Tiya Sircar), who had a delicious role as Real Eleanor last season, is relegated to the owner of a pizza place this time. Chris, who is being forced to ad-lib as Eleanor’s soul mate, wants to go back to the ease of the Twisting Department, where all he had to do was twist someone until they broke in half.

Everything falls apart within the course of a day, thanks to Eleanor’s note from last season. And, in a bit of a shocker, Michael has to start all over again. Where it looked like the season was going to focus on Eleanor, trying to figure out what was wrong, the focus has suddenly shifted to Michael. The demonic architect didn’t tell his boss he started a third go round. He lied to his people, and his boss. And if he’s found out, he will end up in his own Bad Place. The dynamic shifted radically in this first episode of the season, and I can’t wait to see how it plays out.