Voicing a Concern in Batman and Harley Quinn 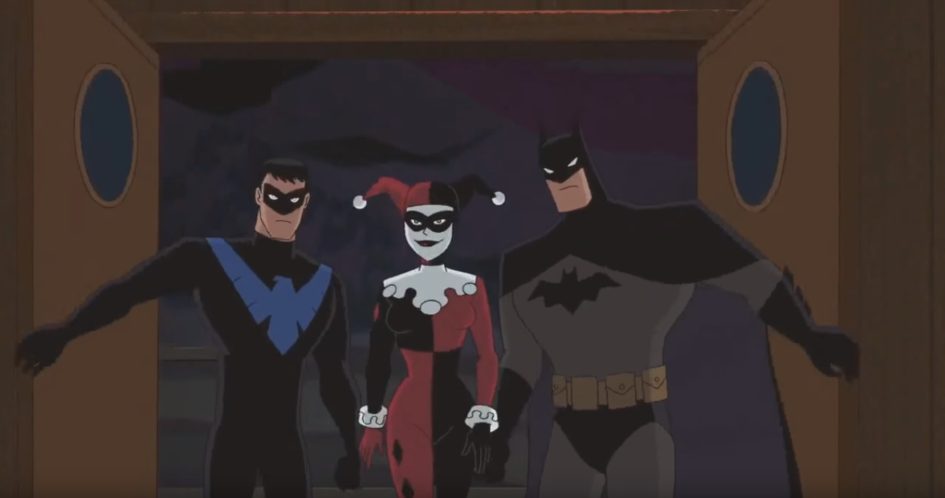 What if you’ve got the quintessential voice actor for Batman, but not for Harley Quinn? Would that make for an animated movie that you think fans would like?

Picture this: You’re Bruce Timm, the guy behind Batman: The Animated Series (Batman TAS). Warner Bros. has given you the green light to create an animated movie that takes place in the Batman TAS Universe beloved by your fans. You write the script. You get the guy who’s directed the last couple of DC animated films, Sam Liu, to direct the movie.

You get THE voice actor to voice Batman, Kevin Conroy, who voiced the Dark Knight in Batman TAS, Batman Beyond, the Batman: Arkham video games and numerous animated movies, including the recent Batman: The Killing Joke. You even get voice actor Loren Lester to return and reprise his role as Dick Grayson (Robin/Nightwing).

Who do you cast for the voice of Harley Quinn? 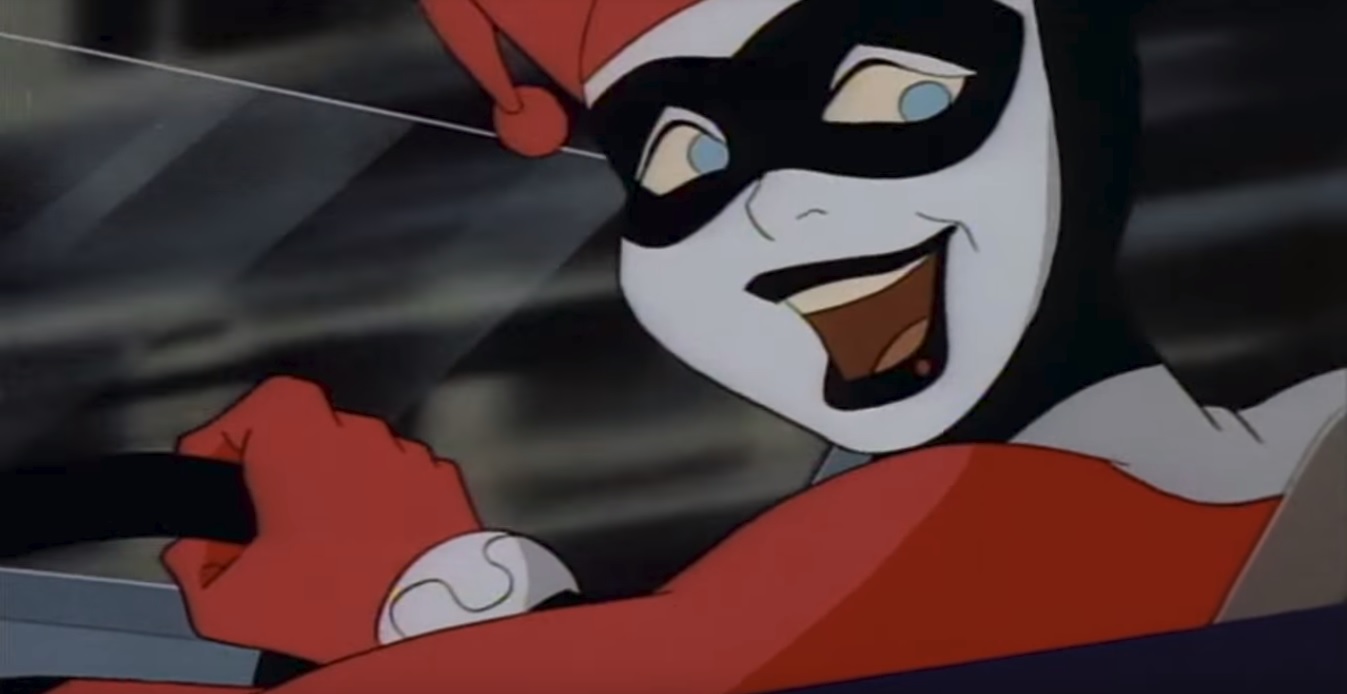 How about Tara Strong? She took over voicing Harley Quinn in the Batman: Arkham series after Arleen Sorkin and has recently finished voice acting the character on the immensely popular game, Injustice 2. Also known for voicing the role of Barbara Gordon/Batgirl in Batman TAS, she just finished voicing that character for the most recent movie, Batman: The Killing Joke. An actress still active in the biz and with a strong history of working with you, it would be a cinch to get her back into the studio. 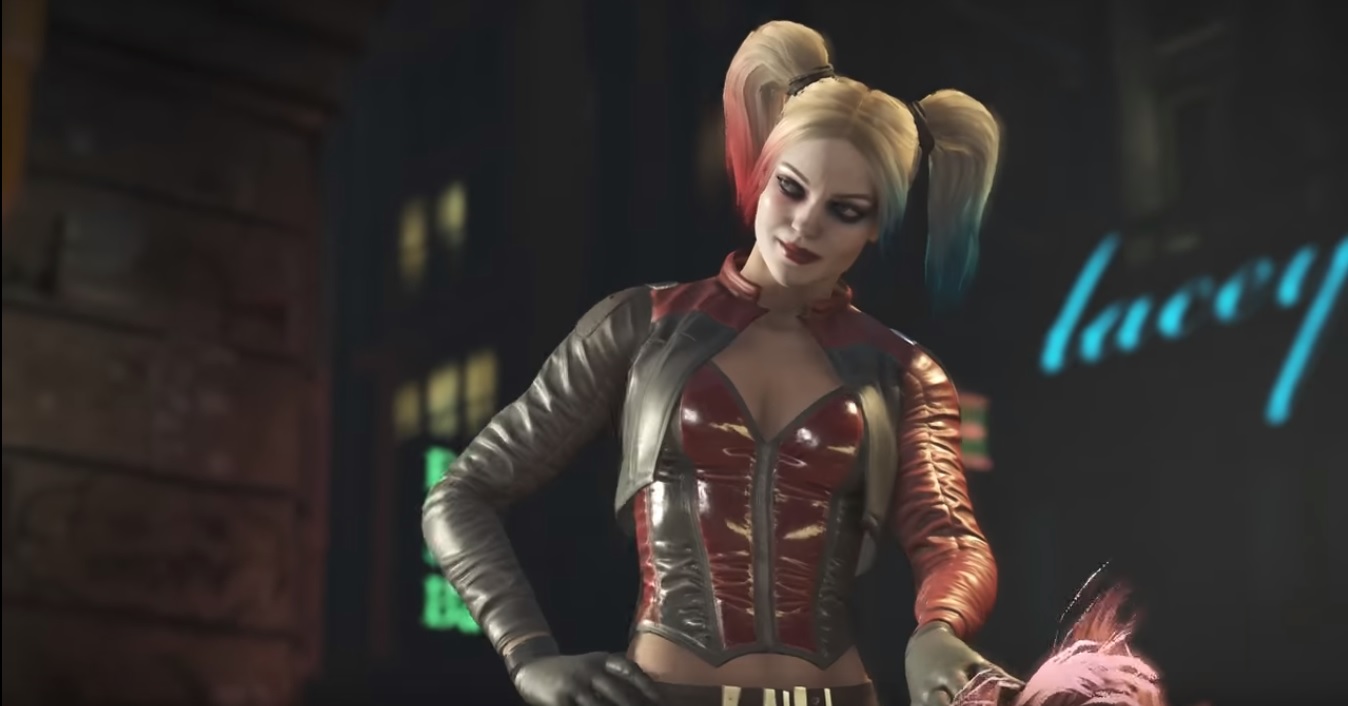 What about Hynden Walch? She just voiced Harley Quinn in the recent animated movie Batman: Assault on Arkham. She was also voiced the character in The Batman (2004) animated series, although she is better known for voicing the character of Starfire on Teen Titans.

There’s always the controversial choice of casting the actress who plays the character on the silver screen in Suicide Squad. While casting Margot Robbie to voice Harley Quinn in an animated feature might anger some fans, it would make sense from a marketing perspective.

No, instead of hiring any one of these other actresses, you hire Melissa Rauch.

“Exactly!” I would answer.

Melissa Rauch is best known for portraying Bernadette on the TV show The Big Bang Theory. Her experience as a voice actor is minimal. There’s also no reason to associate Melissa Rauch with Harley Quinn. I don’t remember Bernadette ever dressing up like Harley Quinn on The Big Bang Theory, but then again, I stopped watching the show after the first couple of seasons, when the tone of the program shifted to something that nerds could laugh at, to a show that’s laughing at nerds.

Also, it doesn’t help that Melissa Rauch has a voice that’s very… let’s call it “distinctive.” 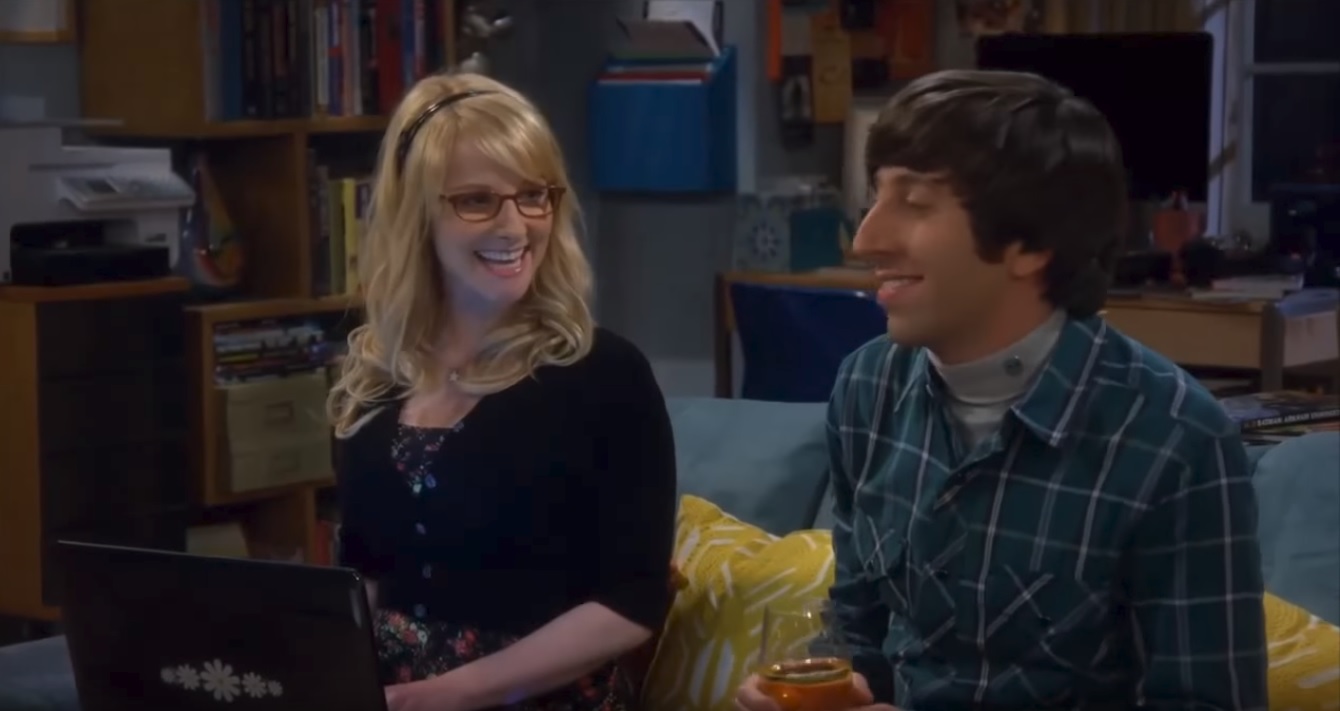 So, there’s little wonder that fans were miffed and tore apart this movie in their reviews, giving the animated feature a low 56 percent on Rotten Tomatoes.

Batman and Harley Quinn is really only worth watching once, if you ask me.

I’m not going to solely blame Melissa Rauch’s voice acting of the titular character. There’s problems with the script and the movie never really settles on whom its audience is. The animation style is reminiscent of the more simplistic style of later seasons of Batman TAS, so it could be a film for younger viewers. However, it has low-brow humor, cursing, sexual innuendos, and an implied scene between Harley Quinn and Nightwing (which I found uncomfortable). 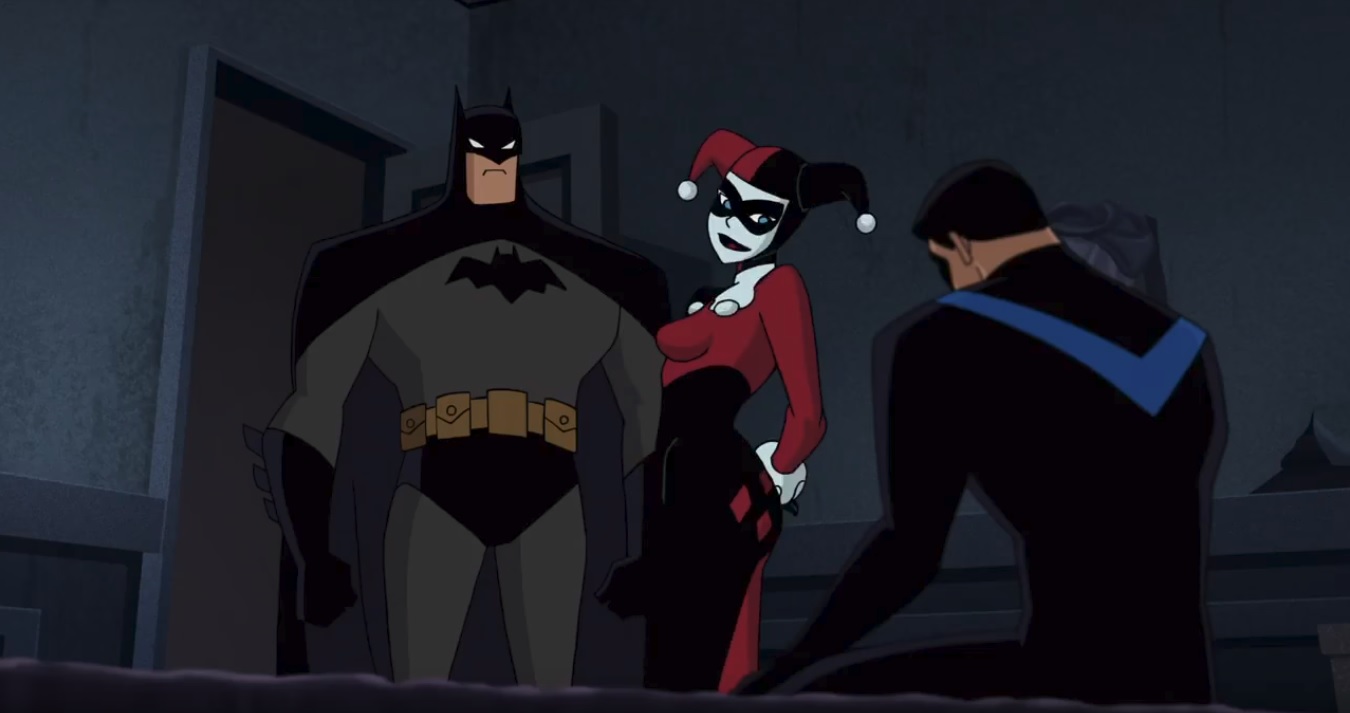 That means I would keep this movie away from the eyes of kids. But then there’s lighthearted moments that, as an adult, I roll my eyes at. So, once again, I’m not sure who DC was trying to market this film to.

But watch it once and see for yourself. Animated fight scenes are always cool in the Batman Universe. You may even find yourself chuckling at some of the humor. The movie’s highlight is when the team goes to a bar where henchmen sing karaoke (yes, you read that right). I wonder how many renditions of Blondie’s “Hanging on the Telephone” this film has inspired to be sung by Harley Quinn cosplayers at conventions and Nerdy Karaoke? 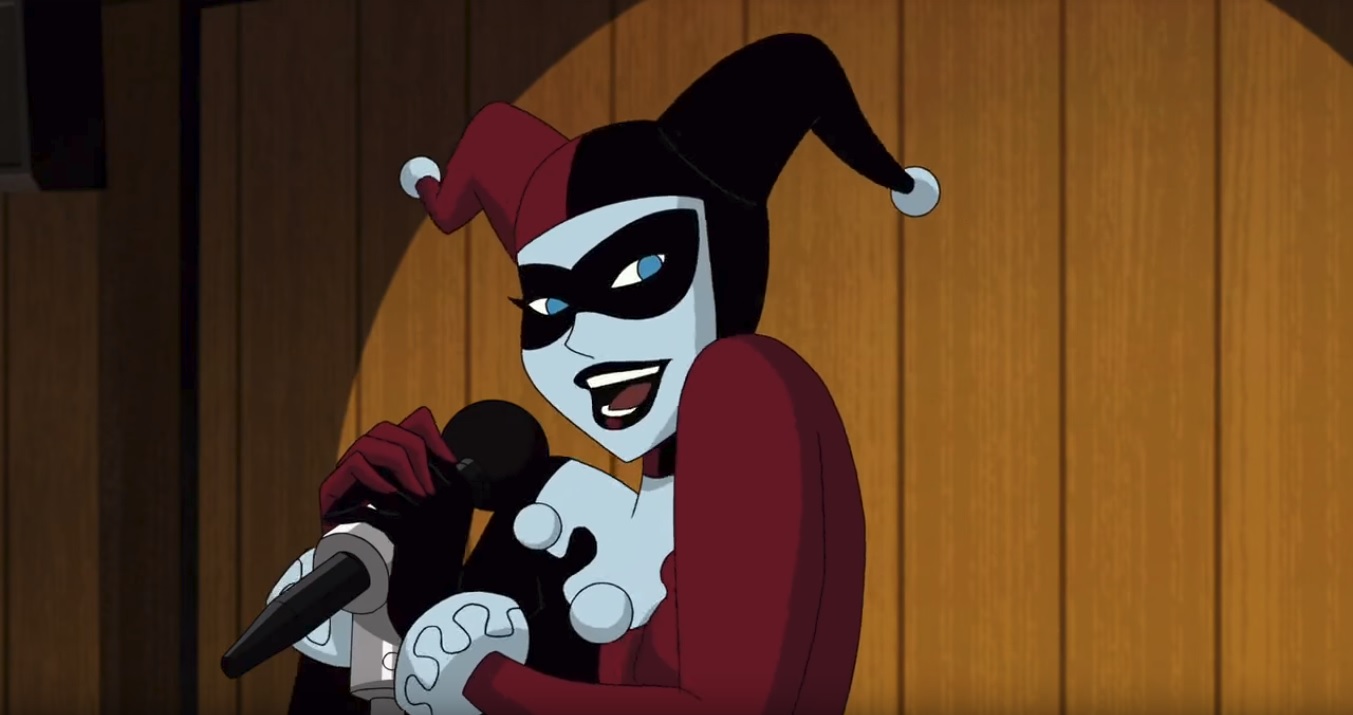 That reason alone is worth renting the movie from Redbox or watching on a streaming service. That, and the song sung beforehand by the redheaded twins who were henchmen of Two-Face in Batman TAS… who I’m pretty sure were gunned down by Rupert Thorne’s goons — so there’s a continuity error right there. 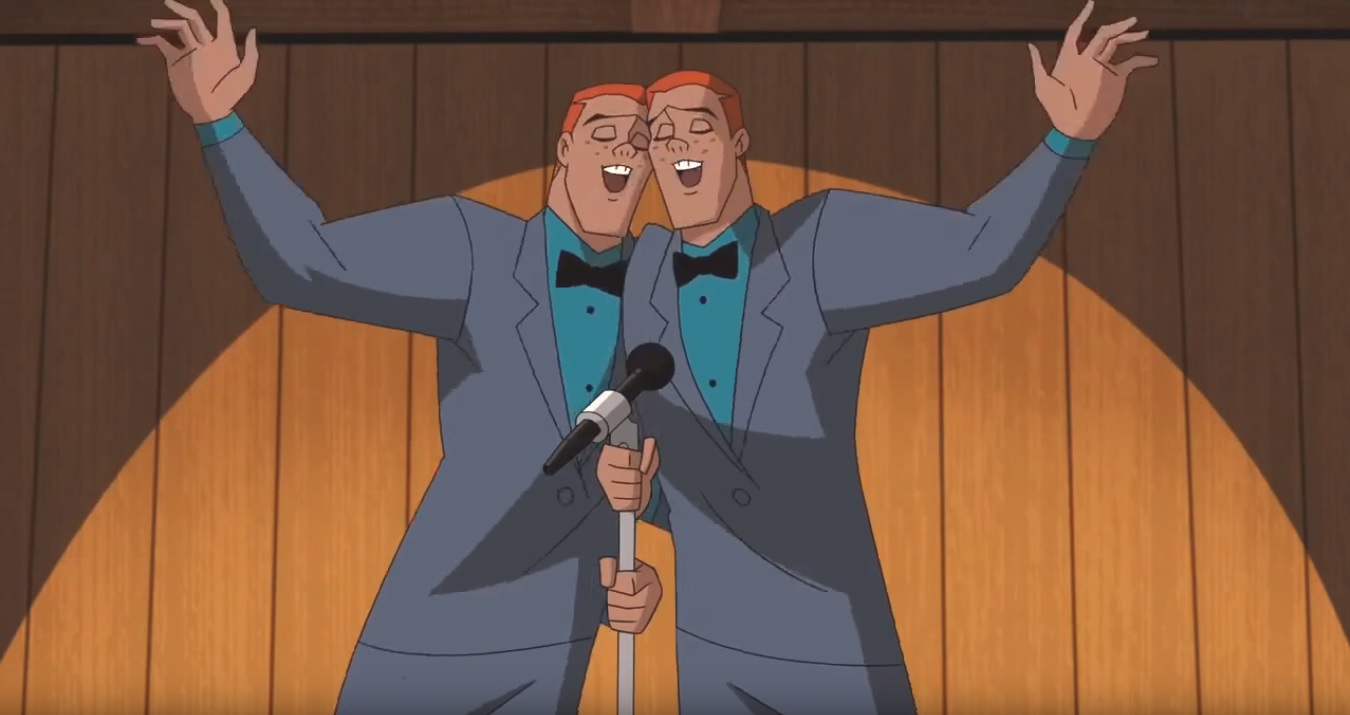 I’m not saying that not hiring Melissa Rauch would have made Batman and Harley Quinn a great movie; but it would have helped. As I’ve stated in my previous article, DC would do better to hire experienced, talented voice actresses for their animated movies (i.e. All-Star Superman and Batman: Gotham By Gaslight), as opposed to random TV actresses. But don’t take my word for it. You be the judge.