We, here at Zombies In My Blog, are believers in Bigfoot.

In our humble opinions, it is not only naive — but dangerous — to assume we are the only sentient creatures within our universe. I suppose one factor in this established belief is our growing up in the South, living around lots of wildlife. And maybe living in a haunted house has something to do with it as well. The paranormal aspect of cryptozoology has always fascinated us, and the unexplained factors, mixed with current techology and crime scene investigation techniques and somehow, it’s still an unresolved riddle, wrapped within a puzzle.

Finding Bigfoot airs on Animal Planet and follows Matt Moneymaker (leader of the group), Cliff Barackman (evidence specialist), Ranae Holland (the skeptical scientist) and James “Bobo” Fay (Expert Field Caller). Together, the individuals comprise the Bigfoot Field Researchers Organization (BFRO) and they mainly investigate reports within the United States and Canada. Last night, Animal Planet aired a Finding Bigfoot Marathon and aired the Season Three Premiere with the group finally leaving the country, headed Down Under to Australia… so I thought it was about time to catch up on a few episodes and see what the hubbub was all about.

The group specializes in video re-creations, employing wild-animal calling techniques and running around in the dark with attached FLIR night-vision thermal cameras, never usually finding anything of consequence. But there will be lots of whispering with shaky-camera movements and sometimes a few snapping of twigs in the dark. Sometimes Ranae camps out solo, hoping to gather evidence. I commend the BFRO group for calling town-hall meetings and attempting to geographically plot the sightings.

The group employs many types of whistling, knocking, screaming and howling, and is sometimes answered by coyotes, cows and other wildlife. At times, their re-created evidence is compared with the old-school Patterson-Gimlin Film, which some claim is the only true Bigfoot evidence out there… while others say it’s already been disproven. 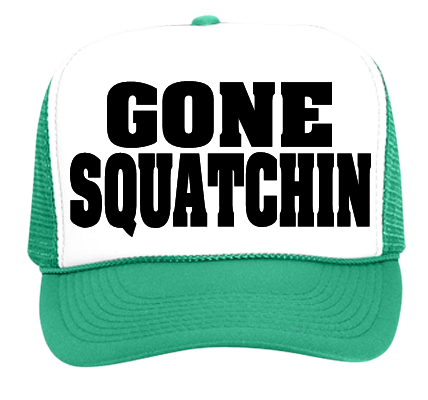 Each individual case is fascinating, and most recently, the group received a phone call from a Biologist who witnessed a Yowie, which is possibly the long-lost relative of Sasquatch, living in Australia. The group is now on a world-wide mission to solve the unsolvable, much like Destination Truth. Bobo is by far the most charismatic of the group. He’s also the best source of one-liners on the show, and that’s why he’s so endearing to the viewer. While the subject matter is similar to that of Monster Quest, it is much more fun.

I truly enjoy watching Destination Truth, but that show’s more about international travel than finding paranormal evidence. Previously, I’d only seen bits and pieces of individual Finding Bigfoot episodes, but never regularly watched any full-length episodes. While I’ve been disillusioned by Ghost Hunters and their supposed faked evidence and turned off by the belittling and showboating of the Ghost Adventures, I might have finally found a paranormal reality show that I can actually enjoy… even if they never find any conclusive evidence.

Notable Quotes:
– “Bobo lives outside the box.”
– “This place is alive with creepy crawlies!”
– “I do think there’s a Squatch in these woods.”
– “I notice Ranae’s horse is a Prince Fan: Purple Reins!”
– “I’ve actually been out here and SQUATCHED a couple of times.”
– “Dumpster-diving Squatches are nothing new. They’re well-known dumpster divers.”
– “So I’m thinking this is another one of those Squatches that ain’t a rocket scientist.”
– “The refrigerator in this area is full, and it’s just waiting for something to come and clean it out.”