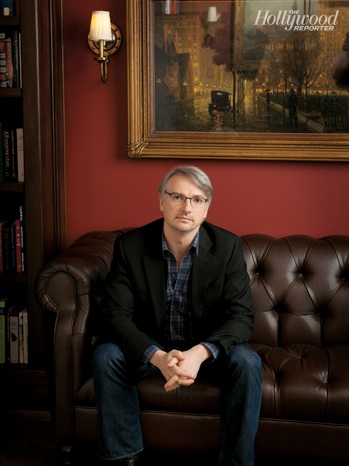 I’d been planning on doing some sort of write-up of the roundtable interview session of drama showrunners the Hollywood Reporter published back in June, but I put it aside and forgot about it.

With the recent announcement that Showrunner Glen Mazzara will be stepping down from AMC’s criticial and ratings smash-hit, The Walking Dead, at the end of Season Three, I thought I’d return to this article, and print a few tidbits, perhaps seek some foreshadowing, as well.

Hollywood Reporter: How did you decide about killing off Jon Bernthal’s character, Shane, last season on The Walking Dead?
Glen Mazzara: “We had some major deaths. Jon’s character, and Jeff DeMunn’s, (Dale) which was the big shock. We’re based on Robert Kirkman’s graphic novel, so people saw the Shane death coming, and Bernthal knew that it was coming. I felt it was sort of anticlimactic because everybody who had read the book knew that was coming. When I became showrunner, I had already talked to the other writers about killing off Jeff DeMunn’s character because I thought nobody would see that coming. But Jon did not want to go. He kept calling: ‘How about this? How about that?’ I have an open-door policy, but ultimately I needed that to be about our main character. I had to stick the landing. I’ve had other people on the show who think it’s punitive when they are killed off, and it’s like, ‘Well, you signed up for a zombie show!'”

Hollywood Reporter: Do you know how your show ends?
Mazzara: “I don’t. I have an idea of what I would like the show to mean at the end of its run, but how you dramatize that, I haven’t figured out.”

Hollywood Reporter: Will you stick with the graphic novel, or will you diverge?
Mazzara: We’ve already diverged. We’re our own entity, like a parallel universe to the novel. Ultimately, the tone, the spirit of it, is the same. That’s how I see it as being a faithful adaptation but really running wide from the storyline, if that makes sense.”

Hollywood Reporter: You’re active on Twitter, does that make your creative process easier or more difficult?
Mazzara: I actually am enjoying Twitter right now. We have very, very avid fans who are constantly asking questions, and I think it’s a good way to engage them — and the message boards, the comment boards, those can be negative. On Twitter, you can just kind of skip and not answer the question, or whatever.”

Hollywood Reporter: How difficult is it on your crew to shoot in Georgia in the summer?
Mazzara: “They are like the Marines taking a beach. It’s 100 degrees, humid, and people are covered with ticks and chiggers. We had one guy driving a golf cart — he hit a deer last year. Poor guy broke his ankle. Then a production designer comes in just two days ago, and a snake just crawled right in front of him. It’s just very, very challenging. Last year we were all exteriors and very few scenes that maybe we could use for, you know, rain cover or something, but it’s challenging. But the cast and crew like that. It adds to the grittiness and the reality of the show.” 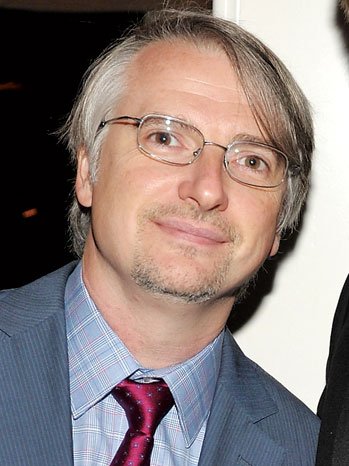 Hollywood Reporter: Speaking of challenging moments, at the beginning of last season, you took over for show creator and showrunner Frank Darabont. What was that phone call like from AMC?
Mazzara: “It was scary. I went to the show to work with Frank, and I know what it’s like to lose a show that you’ve created — it happened to me on [Starz’s] Crash. So I knew it was a painful situation for him, the cast and the crew. I know what it’s like when all of a sudden the creator’s not there. So I went in, listened to the cast and said: ‘I’m not going to be the new sheriff in town. We all have to pull together, get through this crisis, and I’m not going to try to be Frank Darabont. That’s not fair to Frank; that’s not fair to me. There’ll be a script coming down the road that will be in my voice.'”

“And they all were like, ‘OK.’ We released that script a few weeks later, and it created a big panic. So I listened to all of the notes, rewrote it and listened. I think that made them feel better, and the next script was OK. I went back to the writers room, which is in L.A., and I said: ‘You know, everyone expects us to fail. We have to pull together.’ And those writers and I wrote through the night, did draft after draft and found the show that we wanted to do. We have great producers, Gale Anne Hurd and Robert Kirkman and others. We just kind of rallied together.”

Hollywood Reporter: Did you see the whole thing coming?
Mazzara: “I did not. I was completely surprised. What was challenging was, I started to have a feeling of what I thought the show should be, but it was different from what we had done. As I started writing it as the showrunner, I just kept saying, ‘It feels like this. It feels like that.’ And then, by the end of the finale, people said, ‘Oh, now we get it.’ So now I have at least seven episodes that I can say, ‘Oh, that’s the show.’ That I feel I can do and hopefully get it to 100 episodes.”

Hollywood Reporter: When the show returned, the ratings were higher than ever and the accalim was there, did you feel vindicated?
Mazzara: “No. I was just happy to be out of the woods. I never wanted it to be a competition between me and Frank.”

Hollywood Reporter: Has Frank contacted you?
Mazzara: “We traded e-mails when everything first went down. He’s started shooting a pilot for TNT (LA Noir), so we wish him well. I think he has moved on, and I’m happy for him. I don’t think he watches the show now. It’s probably painful. When you are working this hard, everybody’s giving it their all, you become very, very close, and you’re working with incredibly talented people — and to suddently be out of that is painful. I know from personal experience.”

Hollywood Reporter: What’s the best or worst advice you were given when starting out as a writer?
Mazzara: “The best advice I got was, ‘Move it up.’ Like, instead of building to something and having a slow burn, pull up what’s working, get to it, and then fill it good story behind it. That’s something I’ve tried to do.”

Hollywood Reporter: You are at the top of your game, careerwise. But is there something you haven’t done in your lives that you’d still like to do?
Mazzara: “I’d probably want to teach. I have a degree in English lit and was going to be a teacher at one point, and so I could see teaching, you know, English or maybe film. But this idea of the career ending is so scary. Let’s move on. (Laughter)”