First Cow Asks: What Would You Do For a Cup of Milk? 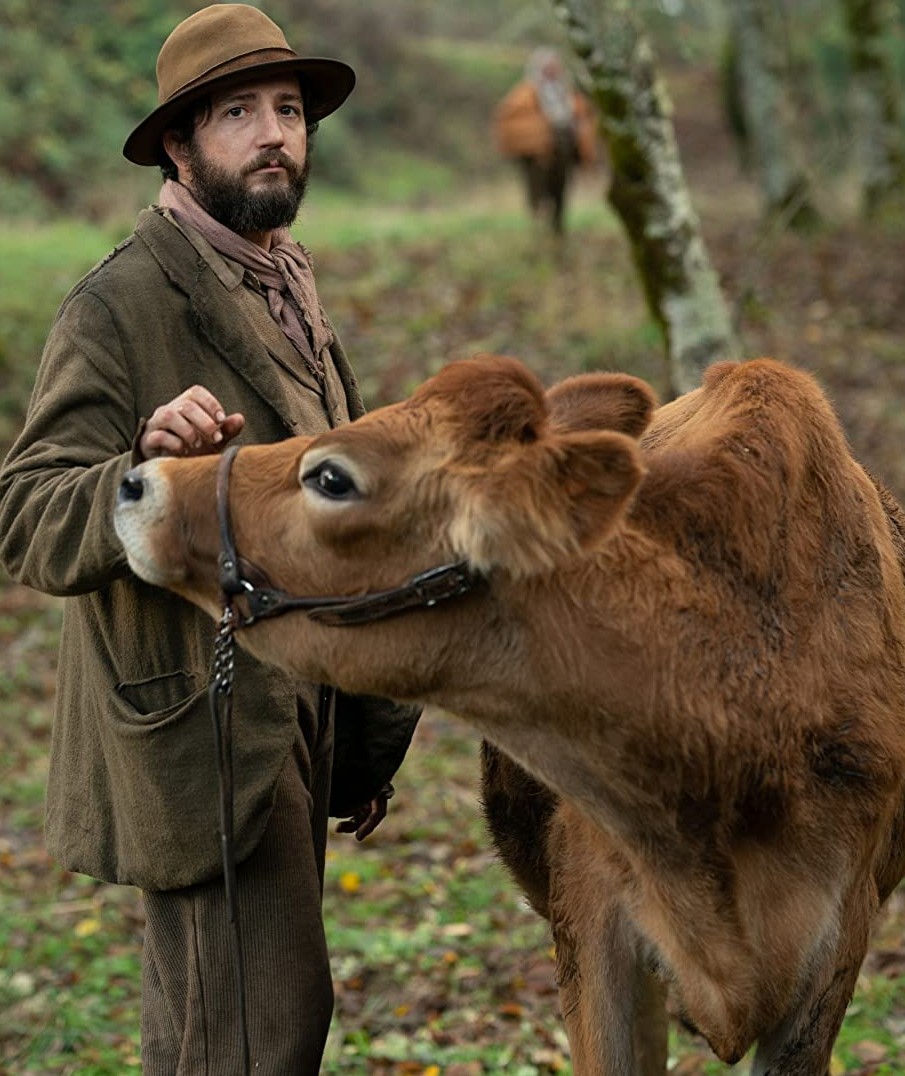 Per Matt
If you’re living in the wild frontier of the Oregon Territory, you might be surprised by what the land’s residents would risk for a cup of milk in 1820. Nothing is too valuable in exchange for rare commodities… including risking their lives. A former indentured chef and a Chinese immigrant bring their talents together in search of the American Dream in First Cow.

Living off the grid is tough for travelers in the 19th century, especially when there’s no convenience stores offering plenty of supplies. As soon as the only milk cow in the region arrives (hence, the “First Cow”),  Otis “Cookie” Figowitz (played by John Magaro) and King-Lu (Orion Lee) hatch a plan to not only steal milk from the area’s highest-ranking English nobleman, Chief Factor (Toby Jones), but they also make a killing by selling their “oily cakes” to the local trappers, laying the foundation for the pair to move to California.

It’s just a matter of time before Chief Factor discovers the thievery; foreshadowing the disaster is inevitable. And yet, knowing this charade can’t last forever is part of the story’s charm. At what point does greed supersede need? It seems to differ for each character.

Director Kelly Reichardt creates an incredibly atmospheric, moody beginning. Without much dialogue, the characters are introduced in the dark. In fact, without a narrator, the beginning is so jarringly slow moving, I had no idea what was happening for long stretches of time. Even more so when the story opens in the present, then immediately rewinds 200 years without any explanation.

Many answers to my questions lie within the film’s wiki and more appropriately, the book which this film is based, The Half-Life by Jonathan Raymond. Both do a better job in defining the storyline than this adaptation, which didn’t feel consistent. And once you finally begin to believe in these characters, their tale immediately ends. In fact, I was turned off by the film’s abrupt conclusion, which was terribly anticlimactic. After the fact, I realized the cold intro would have worked much better before the credits rolled, not at the very beginning of the movie.

Somehow, the story seemingly got lost in translation, but what First Cow does have going for it is the incredible Oregon wilderness, as the cinematography is beautiful. And the music with which it is paired is pretty great, as well. In fact, the Music City Film Critics’ Association gave First Cow The Jim Ridley Award, which is a special award given out each year, named after one of Nashville’s most beloved film critics. It is awarded to the film or the person that best represents Nashville and Tennessee. This year’s recipient is composer William Tyler, who wrote the score for First Cow. That’s a great honor for the film, which was one of the MCFCA’s Best Picture nominees.

Other critics and film groups have taken notice as well, as the film’s recognition has been building up a head of steam toward awards season. A24 Films has done a great job in growing an audience for the movie, which seems to have a pretty good chance at winning some major awards.

Greed, not common sense, is to blame for these characters’ demise, which is a relatable human trait, whether you’re living on a frontier or not.