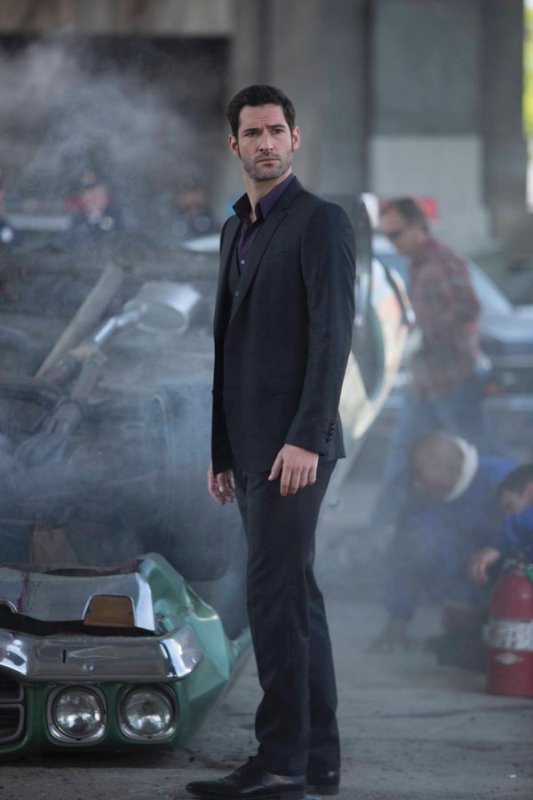 If there’s one thing that show business can teach us, it’s that you can make a story out of anything. So, why not center one around the devil, himself? Well, that’s what the heads of FOX decided to green light this year with their new series, Lucifer.

A few decades ago, it would have been unheard of to cast your protagonist as anything other than the white hat do-gooder that is virtuous in every way. Recently, however, less-honorable characters have garnered audience’s and critic’s acclaim. Breaking Bad, Dexter and House of Cards are just a few of the more recent series that have showcased malicious lead roles spawning large fan bases. Though, those shows had more freedom to explore explicit themes that can be presented in cable and premium services. If you’re going to have a TV show that revolves around the devil himself, it will surely be toned down for a 9 p.m. network showing.

What is the devil doing in his own program? He is bored with Hell, so he came to the closest American equivalent: Los Angeles. After thousands of years, he has decided that being stuck in the scarier side of the afterlife just doesn’t suit him anymore. If you walked right past him or even had a quick conversation with him, you probably wouldn’t think he is the fallen angel of the Biblical prophecy. Throughout the pilot, I had to remind myself of his identity, even if he said it 10 times. But maybe that’s the catch. We think of the devil as the most evil and wicked, so one would think he would stick out like a sore thumb. No, he is deceptive and charming, seductive and cunning. The dark haired, handsome man with the British accent fits the conniving nature of Lucifer. After all, the serpent in the Garden of Eden didn’t force Adam and Eve to eat the forbidden fruit; he tricked them into eating it.

I’m wondering now, if FOX’s Lucifer is trying to trick its audience in a similar fashion. What do we see out of this character? He’s more devil-may-care than the harbinger of damned souls. Within the first few minutes, he is convincing an old friend from the mortal world to sober up and make something of her life. It seems like a bit of an altruistic cause for a being whose sole purpose is to tear as many mortals from the grace of God as possible. Of course, Lucifer’s starlet doesn’t get the chance to fulfill his wishes before being mowed down by a drive-by shooter moments later.

This celebrity slaying is what drives the plot of the show that has me and many others saying, “Oh, of course.” That’s because our hero (or villain) calmly walks to the crashed SUV to coerce a confession from the dying breaths of the culprit to reveal that we, the viewers, are watching one of network television’s favorite pastimes: the police drama. Yeah, something semi-original couldn’t last that long before falling into one of the two common tropes for basic cable, which makes me think if this series works out, maybe God will get a spin-off saving lives in an L.A. hospital.

So, there’s a force of evil who doesn’t look like he’s into much evil, who in fact gets intertwined with L.A.’s homicide unit while trying to solve a murder. If I was running this show, it would be a lot better and truer to the character if instead, he went around instigating the murder and foiling the cops’ plans than just helping them along. Lucifer doesn’t do much to paint the devil in his ungodly light. The atmosphere is cheery and his seemingly only power is to get others to reveal their inner desires to him. Maybe he just wants to live like the rest of us just to break the pure monotony of the tortured souls in Hell. I’m sure as more episodes elapse, there will be more sympathy for the devil. At the end of the pilot, Maze, one of Lucifer’s hell-bound demons, even tells him, “I’m worried the humans are rubbing off on you. Stop caring, you’re the devil.”

The show really becomes quite predictable once it reveals itself. The investigation goes from suspect A to suspect B, to a known associate of the victim, giving a glimpse into our tattered detective’s life to show why she is the gritty, hard-boiled person that she is. All the while Lucifer turns on his charm and mysticism, bending the laws of man by doing things like breaking out of handcuffs, yet for some reason he has to drive a car to get around anywhere. You would likely forget the show’s premise if you remove the two other Hell-born characters and minor references to Lucifer’s identity.

Shows such as this are perplexing to me, because of the vulnerability factor of the character. He is a lot like Superman, in a way. He is immortal, nothing can hurt him, and though we haven’t seen the extent of it yet, he has to be very powerful, in a way. So, what really hurts to the core of Superman? He is trying to protect a more fragile humanity and the ones he loves. Well, who does Lucifer love? Nobody, right? After watching the pilot, that clearly isn’t the case. He cares enough to solve the murder of a pop diva and clearly admires Detective Chloe Dancer. It may be his Kryptonite; surely staying on the surface will weaken him or at least change him. There are also a couple of foreboding threats from his brother, Amenadiel, to return to Hell upon his father’s orders. And to think, the devil has a family tree that somehow he isn’t atop.

OK, it hardly seems like Lucifer is going to be anything other than a police procedural with the thin veil of Satan’s presence to make it quirky and slightly different. Most shows in that genre certainly don’t last long and I can only imagine that it’s because network viewers have grown so sick of them, that they would rather watch shows that are all-too familiar like Once Upon a Time and Grimm. It really does seem that for every one show like Heroes, LOST and Fringe, we get a dozen like Bones, CSI and Chicago P.D. Maybe the producers at FOX have a few tricks up their sleeves, but that has yet to be determined.