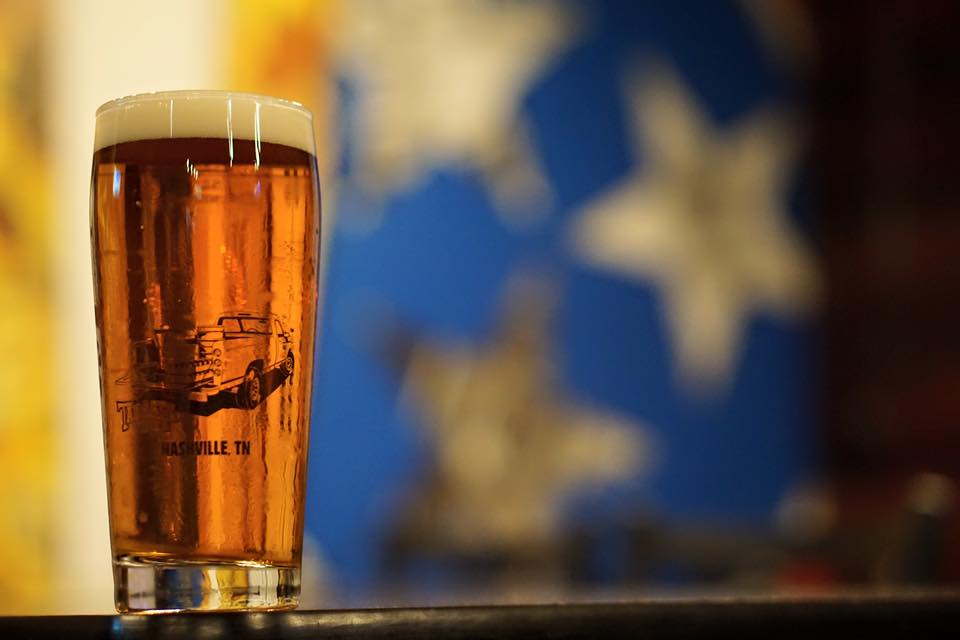 Tailgate Beer Founder Wesley Keegan has been brewing beer at his brewery for nine years overall and last year, Tailgate moved its headquarters into Nashville, Tennessee. Since that time, Mr. Keegan has grown the company, won some awards for his craft beer (where his Peanut Butter Milk Stout won Best Experimental Beer in the World and his Grapefruit IPA won Best Fruit Beer in America at the World Beer Awards, as well as the Silver medal at the U.S. Open Beer Championship) and recently, his brewery has announced expansion plans.

During a recent visit to the brewery located in West Nashville, I visited with Mr. Keegan, discussing his upcoming one-year anniversary party, previewing his upcoming production brewery and predicting what he expects from the Nashville craft-beer scene in the near future.

What does one year of brewing craft beer in Nashville mean for Tailgate Beer?
– “One year, here, has just been build, build, build, build. In some cases, it’s been faster and more aggressive, while some cases have been slower. The tasting room started out slower than I expected, because where I come from, tasting rooms are just super busy on Day One. They’re not, out here, but that’s changing.”

What can we expect for the one-year anniversary party?
– “We’ve installed a full-pizza kitchen, which has been really well received. Last year, we were only doing paninis. We’ve done so many events since the Grand Opening, we’ve found that the simpler that we keep it, the better we’re able to take care of our customers. We’re selling VIP tickets for $30, customers get three pints, plus any $25 t-shirt. A lot of our t-shirts cost $25, but there’s no cover. It’s completely free to attend, but it gives you the opportunity to get a t-shirt and a pint for $30, plus two free beers, or however else you want to do the math. We don’t normally host a lot of live music. I wanted to, but that really hasn’t been what people come here for. We’re doing free tours all day and our art director is raffling off some pieces of his art. It’s going to be a lot of fun. Last year, it was more of a spectacle and this year it’s more about taking care of the customers. One of the things I really regret from last year’s Grand Opening was there were so many people, there was nothing we could do to expedite service. Today, we’re much better suited. The line moves so fast. The team we have is great. No matter the outcome — large or small — everybody’s going to be able to come and have a good time, food’s going to be consistent and beers are great. There’s going to be draft beers that people haven’t seen for a very long time and some brand new beers.” 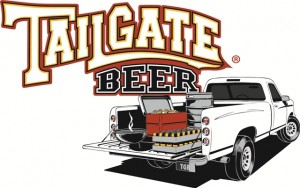 You have embraced sours and spicy beers. What’s on tap next for Tailgate Beer?
– “A lot of the things that we’re doing, here, is from a three-barrel system. We release two beers a week that are seasonally appropriate. In the Fall, we released six different pumpkin beers. Each week, we released a new pumpkin cask. So, we had a lot of seasonal beers. Personally, I’m a really a big fan of West Coast IPAs, so I like big, hoppy beers. A number of our IPAs have more than 100 IBUs. I don’t think there’s anything like that in Tennessee and then there’s our Peanut Butter Milk Stout. We’ve done peanut butter and coffee, peanut butter and jelly… whatever we’ve put peanut butter in, it’s been a success. For the sours, we’ve started a Kettle Souring program, which, obviously, is a much faster way to sour beer than traditional methods that gives us an opportunity to create a variety of sours. We’ll make a couple of different sours every month and release them on Sour Sunday. When that month’s featured sour comes out, we’ll put it on tap and bring out some of the different sours from the vault. We’ll have a lot of variety.”

“Moving forward, we had a big expansion announcement this week: It’s really taking those experimental beers and bringing them up to a larger system. So, it’s canning and if we like one of our sours, for example, we can release it in a six-pack. That’s kind of the 2016 agenda: Install the new system and really start canning all of these beers that have been a success for us on draft, that have been brewed, here, in town.”

Please tell me more about these expansion plans.
– “We always had a two- or three-year plan to utilize this additional space that we have. There’s another 8,00 square feet in the building that we haven’t really used. I would see all of my brewer friends get small spaces, then after one year, they would reach capacity and need more space, but they didn’t have it. In getting this space, the acreage, plus the imprint was something that was a big attraction for me. I always knew that on Day One, when we arrived here, we would consolidate from selling beer in 14 states to just selling it in Tennessee. We’re here to be a Tennessee brewery. We are a Tennessee brewery and doing anything, otherwise, was inauthentic. We’ve maintained our canning from out of state, but there’s too many advantages not to. Outside of that, we’re a Nashville brewery. We relocated to be a Tennessee brewery and having all this space, we’ve been pretty fortunate. We’ve done really well, built a great team and business has been good, but we were able to take that plan that’s been two or three years down the road (even four, five or six) for the size that we’re doing, and we’re implementing it now.”

“So, in addition to our existing 16,000 square-foot building, we’re adding another 10,000 square feet attached to it, with a 50-barrel system and 200-barrel fermenters, capable of annual capacity of 60,000 barrels a year, which would put us at one of the largest, if not the largest, in the state. We’ve got a lot of work to do, to get there. We’ll keep what we’re doing here, but it will basically bring all of our out-of-state production in here.” 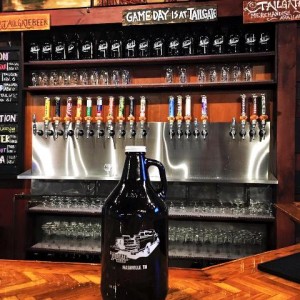 When do you estimate that will start?
– “Mid 2016. It going quickly, but we’re moving fast. Tanks are on their way!”

What new beers will you be canning?
– “Peanut Butter Milk Stout, for sure, is going to be the first one out, then the Grapefruit IPA. We’ve been working on it for months, but there’s been a lot of federal delays, that we didn’t have a lot of control over and everybody experienced it. Then there were canning shortages a couple of months ago. It’s been a nightmare on a small level, but for us, it hurts. We’re going to release a general IPA — probably Watermelon Wheat. Depending on our ability to put these things to market, we could go with as many as six styles in cans, but having done this as long as I have, it really just depends on how quick can we turn the distribution. If we can put all the six-packs on the shelf, then it’s a lot simpler to bring out new styles. But if we brew it and sit on it, then it doesn’t make sense to keep creating a variety. A lot of that is going to be out of our control, but my hope is that we can bring out six new styles, including a sour and canning it this year in 12 oz. six-packs.”

Do you have any future expansion plans for distribution?
– “Tennessee, only. Last year, we had kind of statewide distribution. There’s been all sorts of mergers and acquisitions that’s been a little bit difficult among the distributors, but that stuff’s settling itself out, for us. All we care about is Nashville and Tennessee. We’ve got some really good relationships with larger chains like Wal-Mart, Kroger and Mapco and this spring, we think we’ll be in Publix. If we can service and work with those partners, that’s really what defines our expansion outside of Nashville. We’ve got a really good draft presence South of Nashville to Chattanooga. All of our draft that sells in Tennessee is 100 percent brewed in Nashville. It’s been a little more organic, than deliberate. We really want to invest in home and make sure that when we do make that expansion, it’s natural.”

What do you expect from the Nashville craft-beer scene within the next few years?
– “It’s funny, because depending on who you’re talking to, beer-scene conversations are either aggressive or apathetic. What I’ve seen in Nashville has been a very consistent trend in other beer cities: Things like glassware becoming conversations at retail accounts, where customers are getting charged more for a 16 oz. pint, when they’re only getting 12 ounces of beer. That’s happened at different places — and continues to happen — and that’s happening here, now. You’ll see things like different breweries are finding their niche. There’s a lot of great current brewers coming on line, but I’d really like to see a lot more of the noisy minority revisit the beer scene. There’s so many times where I’ll meet people who will say, ‘So-and-so sucks,’ and I’ll say, ‘What do you mean? I was just there and they’re doing great beer; beers that I’ve never seen before.’ Then they’ll say, ‘I haven’t been there in a year.’ That’s kind of a disservice. To the same extent, there’s a lot of, ‘I only support this because it’s local.’ Do you know what you’re drinking? Do you know why you like it? Do you understand what would be comparable at another place, so you could actually try other places?”

“It feels like a little bit of a ramble, but the Nashville scene is growing and it’s a natural progression that I’ve seen in other cities. It’s going to be exciting when other people see it, too, because this is such a transplant city, that people who are coming from other places that have developed beer scenes are saying, ‘Five years ago, this is where my town was, so I can help weed it along this trajectory, where it’s a much more postive experience for everybody involved, rather than having snap reactions, but it’s really growing and it’s really exciting.”