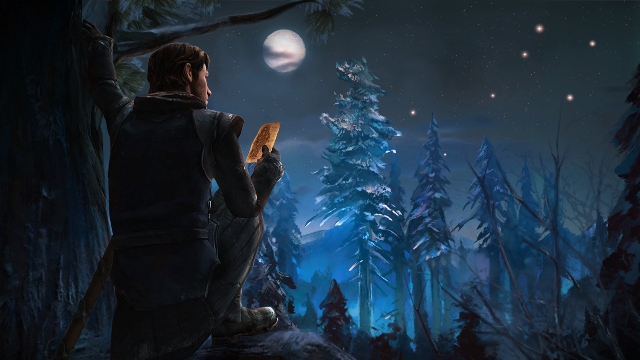 “The worst is yet to come.”

Never before has a line of dialogue so accurately foreshadowed the fates of the main characters in Game of Thrones: A Telltale Games Series.

House Forrester remains in a state of disrepair as Episode Six, The Ice Dragon, begins. Gared and his companions wander aimlessly for the North Grove, Mira desperately needs an ally, Ironrath prepares for an unavoidable conflict and Asher finally returns from exile.

Lady Margaery feels betrayed by Mira’s past actions, finally dismissing her handmaiden. Those pesky rumors of Mira murdering a Lannister Guard did’t quite help her reputation or her cause very much. Asher and his sellswords arrive at Ironrath not a moment too soon, just as a battle is about to erupt. But it is Gared and his companions who make the biggest discovery within the video game series, which may be more groundbreaking than battling undead corpses, also known as wights.

There is so much bloodshed in this final episode alone, it’s probably double the entire number of deaths from all of the previous episodes combined. That’s saying something. In fact, this may be the biggest episode yet. It took me almost 3 hours to complete it! The last stand for House Forrester is a daring final battle, one that’s very enjoyable. And when the battle is over, the war has only just begun. Apparently, this fight between the Forresters and the Whitehills will continue on in Season 2!

I really enjoyed Gared’s journey throughout the snow-covered Northern Forest, but the further adventures of Asher and Beskha were the best of Season 1, by far. The relationship between those yin-and-yang mercenaries will hopefully be explored a bit more in upcoming episodes. I’m curious about the future of Elsera and Josera Snow, with some luck, their backstories will be explored. I’m also hoping there will be more blood magic mind control and more Zombie skeleton battles next season, as well!

All achievements and trophies in the final episode of Season 1 are story related and unmissable, so enjoy the storyline. There’s no need to follow a walkthrough here.

In terms of making choices, the final decision was mighty… one which I wouldn’t mind replaying a few more times.

This entire series has been one of growth for me. I began playing Episode 1 having neither read a novel by George R. R. Martin, nor watched an episode of Game of Thrones before, so wading through the politics and the family drama was a little rough at first, but I soon binge-watched four seasons of HBO’s TV show within one week and instantly became a fan. Telltale Games nudged me toward watching the TV series and once I did, their video game franchise gave even more detailed nuance to the show’s mythology. That’s definitely a win-win scenario for a newfound fan!

With the release of Episode Six, the finale was available simultaneously worldwide across all consoles, computers and mobile platforms on the same date, which was a first for Telltale Games. Congrats!

One Thing’s For Sure: Telltale and the Game of Thrones storytellers have no fear in killing off main characters, since quite a few of them don’t survive the first season. Thankfully, none of those deaths include any main characters from the HBO TV show, but it almost feels like the entire season was a waste of time, since most of the main characters were meant to die from the start. Their deaths were inevitable, but the choices were still hard to make. Who has to die? How do you choose? Why is it necessary? These and other life-and-death questions must be made while visiting the Seven Kingdoms, just make sure you don’t make too many emotional attachments to these characters… nobody seemingly lives to an elderly age in this environment.

Strength: Interesting characters get the spotlight here.
Weakness: Some storyline elements feel unavoidable; main characters are killed off.
WTF Moment: Asher gets the literal display of a backstabbing!

Notable Quotes:
– “I need order in my household.”
– “This place is evil. I can feel it.”
– “Do you do all your wooing in cells?”
– “It burns like all seven hells combined!”
– “It’s time for you to answer for your crimes.”
– “Wars are won and lost in the marriage bed!”
– “Winter is coming and we haven’t much time.”
– “He kept this house together through sheer force of will.”