Geek Culture Goes Global in Valley of the Boom 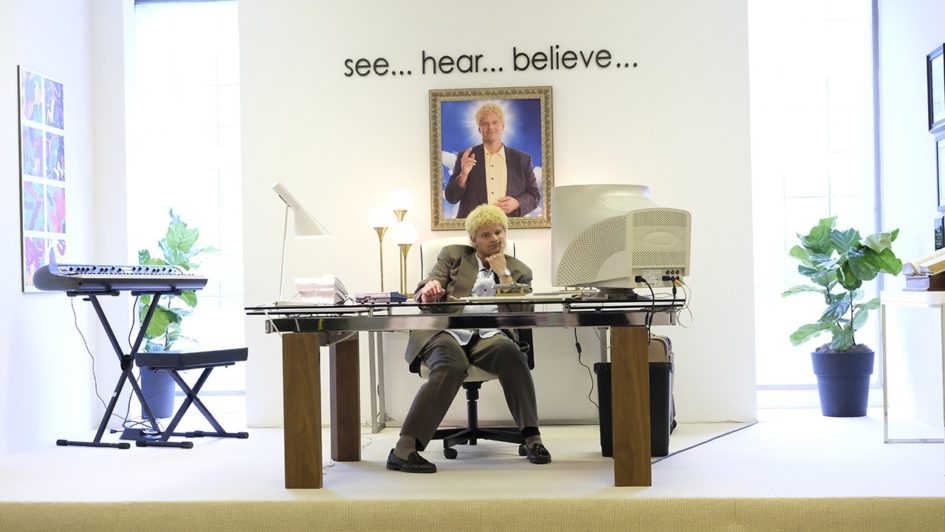 Describing pre-internet life to a millennial can be difficult, so instead, have them watch Valley of the Boom, which documents life before the World Wide Web in a sorta based on true events six-part limited docuseries, which is also enjoyable for those who actually lived it.

Boom follows three main storylines in Silicon Valley that feel like they’ll crossover at some point. The most interesting one involves Netscape vs. Microsoft’s “Browser Wars.” Another one follows the creators of The Globe, a groundbreaking social media site that was Facebook before Zuckerberg made his mark online. But the most bizarre storyline follows Michael Fenne, a real-life con man who cashed in on the tech boom craze of the ’90s, who wouldn’t be believable at all, if he wasn’t real.

Like the intro scroll proclaims, this is the mostly true story of three companies full of visionaries, hustlers, geeks and college kids who changed the world. Totally awesome archival footage backs up some of the real-life persons of interest, who are then re-enacted by actors to recreate past events. If you watched the Mars series, you will recognize the documentary and dramatic aspects of the show. Also, like Mars, this is a limited series, as the first two episodes — which have already aired — are one-third of all of the episodes. That feels way too short for a series that’s based on real life that’s quite enjoyable. But there’s the rub: deciphering the fact from the fiction can be difficult sometimes.

Through two episodes, there’s not a lot of women appearing in Boom, which sadly seems real, as people living and working within this tech bubble feel like an all-boys club. Breaking the rules of business and re-writing them as they go, Michael Fenne was actually the alter ego for David Kim Stanley, who was a fugitive of the law and is shown as a fast-talking salesman who sells equal parts buzzwords, as well as hometown charm to venture capital firms interested in investing in his digital startups.

Seeing the odd, interpretive dance while reading an actual legal document sent to Michael Fenne’s ex-wife, as well as a ’90s rap battle describing the ultimate meeting with Microsoft that declared war with Netscape and a bizarre puppet recreation of Bill Gates’ Microsoft address (due to not having any existing video available) all pale in comparison to the real-world Fenne.

Having used dial-up modems, waiting forever for only a few pixels to generate onto your computer screen during the AOL phase and eventually playing multiplayer games online, seeing some behind the scenes events really brought me back to a time when streaming video felt like prehistoric times. Having seen many commercials, I was very excited to see what this series is all about, but when I discovered Ariannna Huffington was an executive producer for it, I almost lost all interest before even seeing an episode. She doesn’t actually ruin the overall experience, but since she’s an executive producer of this series, having her also speak in front of the camera felt superfluous.

While I cringe every time I see Katie Couric ask, “What internet is” on an episode of the Today show in 1994 (also shown here), it does remind me of the saying: Those who forget history are doomed to repeat it. The same could reflect the Wild West of the emerging and ultimately crash of the tech boom craze.