Get Shorty Proves That Completing a Movie is Murder 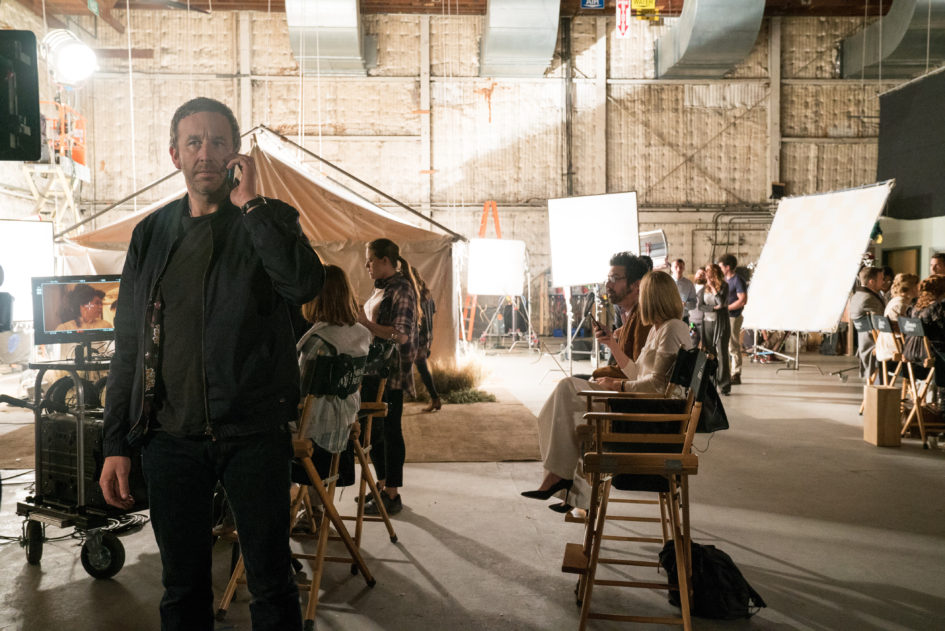 Behind the scenes, while filming a movie in Get Shorty. Photo Courtesy: EPIX.

Starting a feature film’s production, let alone completing one in Los Angeles is murder, as Miles Daly quickly finds out in the EPIX original series, Get Shorty.

Season 1 of the TV show involved sketchy investors, questionable actors, false insurance claims, trust issues, backlot negotiations, a parking garage shootout and making deals with the devil, while the FBI is constantly sniffing around, trying to bust everybody involved. All of that drama makes a few dead bodies pale in comparison… almost. So many great storylines were crammed into only 10 episodes of the show’s first season. And this is from a series that was adapted from the two-hour movie of the same name, along with the best-selling book by Elmore Leonard.

The brilliance of author Elmore Leonard cannot be stated enough. Many of his novels became bestsellers and later received film treatments. Creator Davey Holmes, along with Writer Adam Arkin and everyone else on the production team deserve a lot of credit, as well. They absolutely hit a home run, as far as the source material is concerned. And I was definitely worried, at first, the series would be so different from the novel, as well as the movie, that it wouldn’t feel authentic or recognizable. I’ve never been so happy that I was worried about nothing at all. The crew at EPIX knows exactly what they’re doing with the franchise.

There are a lot of moving parts in this series, but it’s not too difficult tracking the different characters’ motives. Miles (Chris O’Dowd) and Louis (Sean Bridgers) are great, starring as hitmen trying to go legit in Hollywood (but working in an industry that’s no less corrupt). Amara’s crime boss (Lidia Porto), as well as her nephew, Yago (Goya Robles) are easy to root against, while Brandon Fisher’s executive at Gravity Pictures International (expertly played by Phil Lamar) is fun to see transform into a filmmaker many people hope actually exists in modern-day Los Angeles. So far, the star of the show, beyond a shadow of doubt, has been Ray Romano’s portrayal of B-movie king, Rick Moreweather. He’s shady. He aims low as a direct-to-video director, but may have doomed his professional career by hooking up with Amara. Then there’s his wacky hairdo, which deserves a mention, practically becoming a separate character, itself.

Miles is definitely at his persuasive best when he’s getting dirty, taking out the trash. In the season finale, “Blue Pages,” it’s basically a miracle that his movie, The Admiral’s Mistress, is even filmed at all. But now that it has, what direction will the series head next? Season 2 is lined up for 10 more episodes, but it will most likely depart drastically from its source material. Since it’s currently getting filmed, not a lot is known so far about it. By looking up the show’s wiki, it seems the chase by the FBI will get more involved, with Miles and Louis possibly breaking free from their criminal backgrounds. And there could be a mysterious love interest involved, as well. These storyline elements offer promise. But the biggest question remains: Where’s John Stamos?