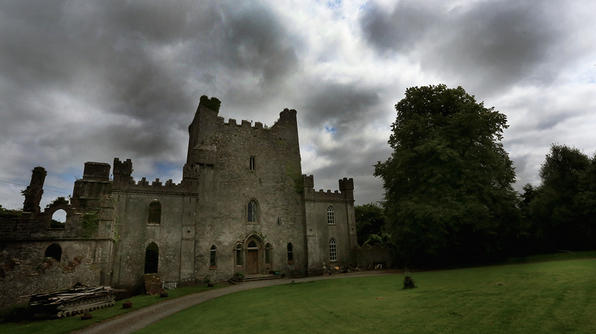 What kind of ancient entities lurk on the Emerald Isle?

That’s a question the Ghost Adventures Crew hope to answer in this super-sized holiday episode.

It’s been more than a minute since I last checked into Ghost Adventures. So, it’s time to get spooky.

Ghost Adventures: Ireland’s Celtic Demons is a two-hour special that aired on All Hallows’ Eve, which features the paranormal investigators visiting Ireland to explore the dark origins of Halloween, which date back to 500 B.C. and learn about the region’s ancient legends.

The guys are joined by locals who try to piece together the mystical region’s past, including Irish folklore historian Joe Cully and Pagan Priestess-Historian Lora O’Brien.

Some of the locations that are visited include the Irish Hell-Fire Club; found on Montpelier Hill, where every stone was taken from a tomb to build a now-haunted castle, Leap Castle; one of the most haunted castles in the world, where it is said the sinister spirit, The Elemental, dwells and Loftus Hall, Ireland’s most haunted house, which may in part be the basis of Rosemary’s Baby.

There’s some interesting history on display in this seasonal special that’s stranger than fiction.

These ghost hunters are the first paranormal investigators to explore each location and the results are a mixed bag of coincidences, unexplained voices and weird sounds. There are lots of unverifiable events taking place, from feelings of uneasiness, gusts of cold air and too many off-camera events that supposedly happen on this TV show.

In addition to all of the above, there’s more recreation of past events than actual evidence caught on camera, for my tastes. It doesn’t help that Zak and his crew have a flair for the dramatic… I mean overly dramatic. Watching Ghost Adventures is clearly for entertainment purposes, only.

Is there ever any clear-cut evidence discovered by the Ghost Adventures Crew on these journeys? The answer is up to the viewer’s interpretation. Real or not, the guys do their best to be provocative… and once in a while, they might even catch some somewhat-credible evidence.

If you welcome darkness and a possible visit by paranormal entities, give Ghost Adventures a try. And if it’s Halloween night and there’s nothing else to watch on TV, then welcome to my world.