Beer with a Brewmaster: Luke Millard 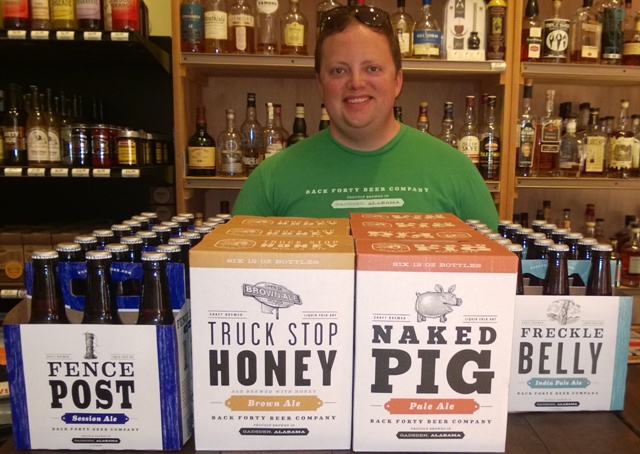 Per Matt
For anyone who thinks there’s no craft beer brewed in the Deep South, Back Forty Beer Company hopes to change their minds.

Not long ago, Sales Manager Luke Millard visited Red Dog Wine & Spirits in Franklin, TN to promote Alabama’s largest brewer. Located about half-way between Birmingham, AL and Chattanooga, TN, Back Forty Brewing Company is growing Alabama’s craft-beer culture while fighting an uphill battle against the state’s antiquated alcohol laws. In my interview, we discuss the state’s craft-beer scene, discover the legality of homebrewing and find out if kudzu is an actual ingredient in their Kudzu Porter.

How did your brewery choose its name?
– “The back 40 is piece of land, furthest away from the barn on a large farm. It’s typically overgrown and too much work to cultivate it. But the magic of the back 40 is that if you put in the extra time and effort that it takes to bring that piece of property to a point where you can plant crops, it’ll actually be the most fertile land because it hasn’t been over-cultivated.”

“Five years ago, when we started, that’s kind of how we saw Alabama and the Deep South in general, when it comes to the large factory breweries. Their laws are all screwed up, there’s no craft-beer culture, it’s too much work to deliver craft beer in the South… it’s not going to sell, so what’s the point? We feel like we were a big part of the reason the law got changed in Alabama, so we could brew. We’re out to change the laws, we’re out to change the mind of everybody who thinks there’s not any craft-beer culture. We’re trying to create it.”

What’s your best-selling beer?
– “Truck Stop Honey is our best seller. It’s an English-style brown ale that we brew with Alabama wildflower honey.”

Can you tell me a little about your seasonal beers?
– “We do two packaged seasonals a year: The Spring and Summer seasonal is our peach wheat and Kudzu Porter has dropped from a year-round beer to a Fall and Winter seasonal. And then quarterly, we do a Brewer’s Choice Series, where we have a small test-batch system that the brewmasters play around with. They do all sorts of crazy stuff and when they hit on something that works, they’ll brew a 30-barrel batch of it and we’ll distribute it as draft only.”

Is Back Forty canning any of their beer?
– “That’s a new a project we started this year. We’re actually contracting those. In Washington D.C. there’s a place called Beltway Brewing, which is a giant contract brewhouse with no internal brand, it’s just got contract-brewing equipment. We took our brewmasters up there, met and brewed some test batches. So now, we ship our raw materials up to them, they brew it and they have a full canning line there.” 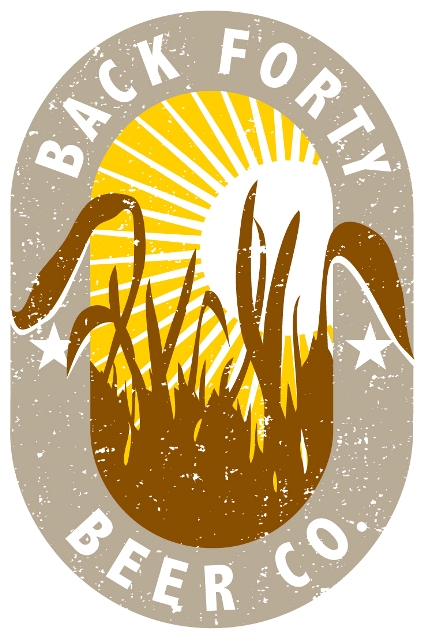 Does the Kudzu Porter have actual kudzu as an ingredient?
– “It doesn’t actually have any kudzu in it. I get that question a lot. Kudzu Porter has been a recipe that we’ve been brewing, several times, over the years. At one point, it was the fourth beer, in our regular rotation. Around this time last year, we discontinued it because sales were very spotty. Some places didn’t even know we had it. Other places couldn’t believe it was going away. It was their best seller. We kind of dropped it back.”

What are some of the latest beer trends in Alabama?
– “I’d say we’re on the traditional side of craft beer, in Alabama. We’re interested in making beers for novice craft-beer connoisseurs… making something sessionable, something that pairs well with food, something that’s not too overwhelming for new craft-beer fans. There’s a lot of barrel-aging going on…”

Are really hoppy beers trending upward?
– “No. To me, it seems the trend is wild ales and sours. You know, IPAs have been a go-to craft beer for years. It seem like that is kind of waning, although at GABF this year, American IPA had the most submissions. Everybody’s got an IPA, but if I had to spot an early trend, I’d say sours and wild beers are trending.”

I hear Alabama’s alcohol laws are ancient.
– “In Alabama, the only way that I can sell you any of my beer directly is if you come to the taproom, I can sell you a pint for consumption, on the premises. The way the law actually reads, I can only serve a single person three 16 oz. pours in a 24-hour period. Why they wrote that in the law? I don’t know. It’s a Prohibition Era, thing. All of my beer has to go to touch the distributors, unless you come to my brewery to have a pint. That being said, we would not be where we are, without distributors. The three-tiered system is great for us. The relationships the distributors have in the market help us to get it out.”

Wasn’t there an Alabama law that made homebrewing illegal?
– “That law was changed, this year. Homebrewing is now legal, in Alabama.”

How is alcohol distribution different in Alabama?
– “In Alabama, our spirits are the only thing that’s governed by the state. All the spirits distillers sell to the state, then they distribute to state-owned stores. Good bottle shops are few an far between. They’re starting to pop up. A lot of guys are starting to get the license that allows them to have draft to go. It’s kind of a new thing, in Alabama.”

How many breweries are in Alabama?
– “When we started, there were zero. Us and Good People were the first to apply for a license. At the brewers’ meeting in June, there’s officially 27 breweries in five years. They may not all be open and operating, but there are 27 approved licenses. It’s blowing up.”