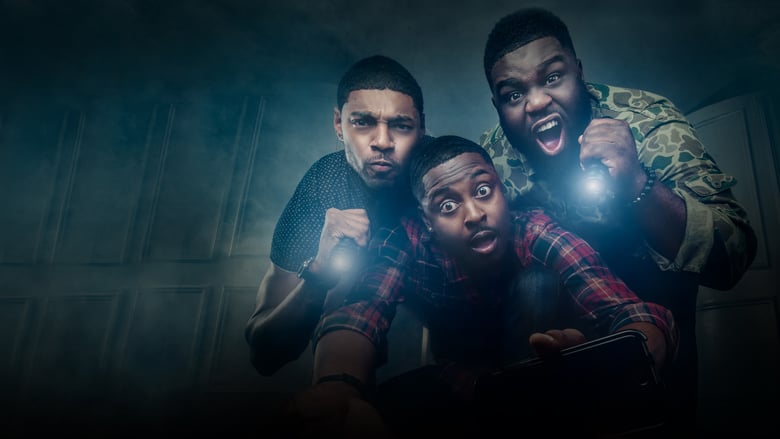 As September ends and October begins, the haunting season will soon be upon us. But for some unlucky people, that can be 24/7. That’s when three longtime friends from Atlanta, GA will arrive onto the scene. In Ghost Brothers: Haunted Houseguests, Dalen Spratt, Juwan Mass and Marcus Harvey investigate the paranormal and do their best to bring some form of closure to the afflicted tenants.

Season 1 of the series consists of only eight episodes, but it wraps in a powerful way. Each episode generally focuses on one troubled family, trying to help bring a sense of peace and understanding to upsetting situations. Whether they’re assisting a police officer in Texas whose family has been threatened by an entity called “Mr. Creepy,” or they’re helping a Tennessee couple move into a haunted house for financial reasons or the group is investigating a historic bed and breakfast that has been linked to the Underground Railroad, each case features personal stories that eventually lead to these tenants living their best lives.

Confirmation and closure are powerful words that are needed by humans. These three hosts and investigators help bring about both. Dalen and Juwan are best friends and fraternity brothers. You can see the camaraderie in their joking and teasing each other that naturally happens on camera. The scaredy-cat of the group, Marcus, is also the funniest (he also brings barbershop wisdom to the troubled families). Together, they all work well on the show.

In some situations, they debunk what may be perceived as supernatural or paranormal. In other situations, they use comedy as a tool to deal with tense situations. In each episode, they make sure to thoroughly dig into local research beforehand, in order to learn all the facts about their upcoming investigation. Once it’s wrapped, they check back in with their clients five or six weeks later in order to determine their current situation.

“Haunted By History” was a great episode that really showed how the group can make a difference. Visiting the Stonewall Farm Bed & Breakfast in Hillsboro, NH, the guys learned about the haunted history of the property. They saw the secret passageway that led down to the building’s basement, which was rumored to be related to the Underground Railroad. Unmarked graves were found on the property and a very small bone was found in the basement when it flooded, leading to a spike in unusual activity. Their investigation included the historical relevance of the property, a visual provocation and response to bourbon being poured as the three celebrated the spirits on the property. As African-Americans, they thanked the restless spirits that may have died on their journeys to freedom in the North, and they attempted to release them from the property.

Say what you want about the afterlife, reality TV and the hundreds of ghost hunters out there, looking to make a name for themselves. Usually, those generalizations are spot-on, but the Ghost Brothers seem to be genuine about helping out families in need and I really enjoyed watching several of their episodes. Since there’s not a lot of black paranormal investigators with TV shows focused on their efforts, they’re cornering a unique niche of the market that should (and will hopefully) continue into at least another season of new adventures. I look forward to seeing their future endeavors.