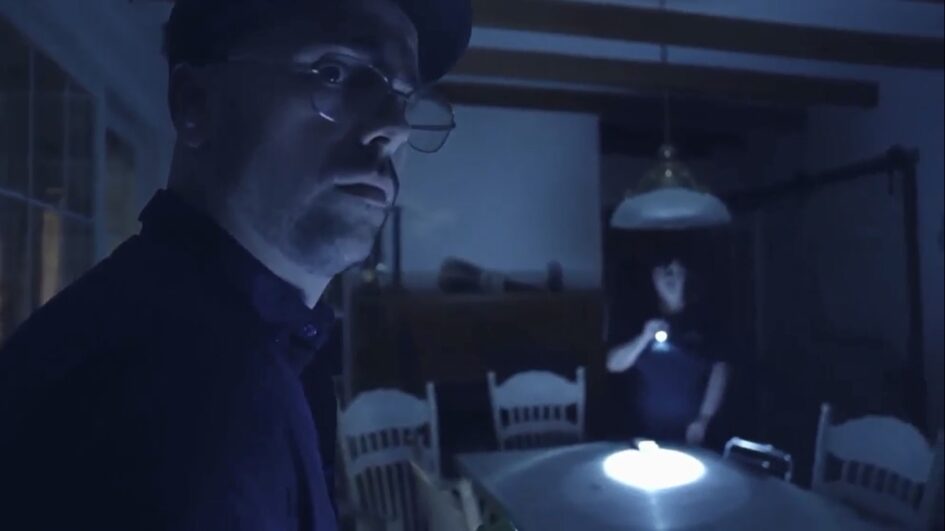 For 12 years, Ghost Hunters aired on Syfy, as Grant Wilson and Jason Hawes transitioned from part-time Roto-Rooter plumbers to full-time paranormal investigators, creating a hit reality TV show while inspiring many imitators along the way. It’s been six years since the final original episode aired, and with it, Wilson and Hawes have seemingly taken their professional careers in separate directions. Wilson has recently rebooted Ghost Hunters and last week saw the series premiere of Hawes’ new endeavor: Ghost Nation.

Before watching the series premiere, “The Boys are Back,” I visited IMDb to take a sneak peek at the show’s details and was shocked to see the webpage listing this as a documentary and horror series, but not reality TV. Really?

As the episode unfolds, a camera crew followed Hawes, Steve Gonsalves and Dave Tango to this year’s Fanboy Expo in Knoxville, TN, where the crew made the major announcement about their new TV show. Conveniently, a local paranormal investigator was attending the pop-culture convention, requesting help for a local family, which the guys accepted and the reality of this show begins.

Hyped as an isolated farmhouse with a dark history, involving a murder conspiracy with links to the KKK, the trio teams up with Jessica Clevinger to investigate claims of a disembodied voice and four appearances of full-body apparitions that have been spooked the property’s owners. And for the first time ever, they basically validated a claim before starting their investigation, as a remote-controlled car moved on its own. Multiple times. Spooky.

The team moved into the haunted house for a whole week (I don’t remember that amount of time in past episodes of Ghost Hunters), seeking answers for the scared family. Now with a narrator, aerial drone shots and too many dizzying flash cuts — along with unnecessary sound effects to hype up the drama, it would probably be more effective with only ambient noise), the guys bring the same small talk/jokes they have been known for lightening the overall mood. This time, they worked with a local historian for background information and even fed the owners’ animals while staying at the house.

Just in time for Halloween programming, Ghost Nation brings a bit of nostalgia to the Travel Channel, but by the case’s conclusion, there was no final determination on how to help the family; the guys basically showed their evidence and then it ended. I was expecting more than that from the most influential ghostbusters on TV.

It’s a new world out there for original paranormal programming, much of which has arrived onto the scene within the last 12 years. This was the first time I’ve seen a series pilot open at a pop-culture convention, but it kind of worked. However, with so many other paranormal options out there for viewers to watch, including Ghost Brothers: Haunted Houseguests, Portals to Hell, The Ghosts of Morgan City, Ghost Bait and even the return of Psychic Kids, just to name a few, the trio better bring their A-game to their new show or they’ll be left in the dust by these new-school paranormal detectives.

I do want Ghost Nation to be successful and for the guys to be able to help out people in need, but I also want to be entertained by everything that I watch on the small screen. Here’s to hoping the Travel Channel gives the guys an ample amount of time to reach that point with this show.