Get Shorty Burns Down Its Past Before Rebuilding Season 3 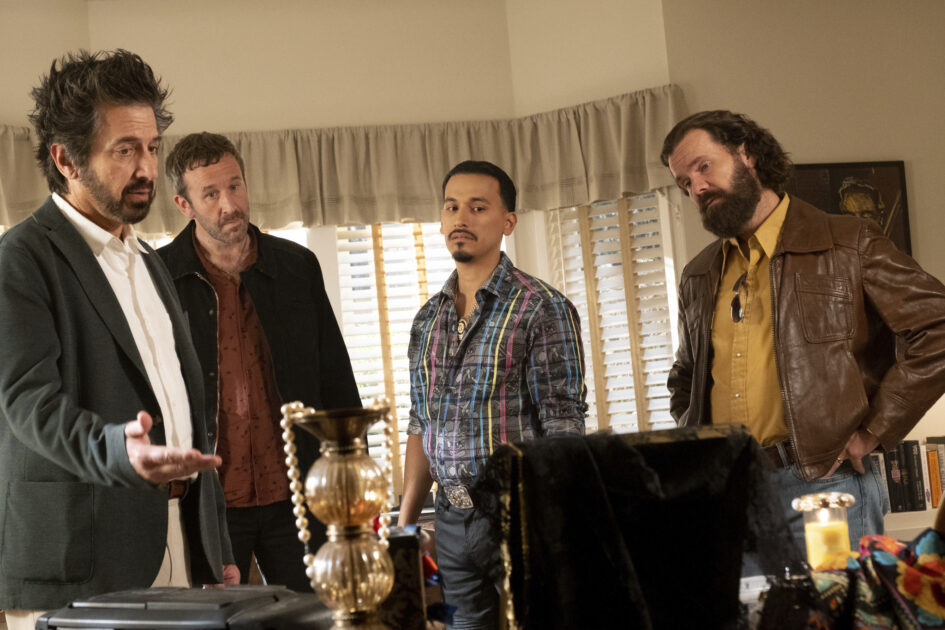 Per Matt
Hollywood loves a comeback story — especially if it’s full of revenge! Season 3 of Get Shorty seems to follow that storyline arc, satirizing show business and definitely bringing darkness to this black comedy. Just don’t expect an immediate outcome.

After watching the season premiere, “What To Do When You Land,” as well as the second episode, “Dark Roast, Oat Milk, Two Splendas,” it seems vengeance is best served cold… so it probably won’t happen until episodes six or seven. That’s plenty of time to make Miles (played by Chris O’Dowd) perfectly miserable, which is fun to watch, as a viewer.

Once again, Hollywood appears in the spotlight, as the new season picks up the pieces after Miles Daly’s incarceration for a white-collar crime (money laundering). So, what’s an ex-con to do after being imprisoned for 25 months and nine days? He goes to work as an assistant to the studio chief who implicated him, naturally!

Louis Darnell (Sean Bridgers) is living his best life, married to Gladys (Sarah Stiles) and babysitting their child, while pretending to be a talent agent. April Quinn (Megan Stevenson) can’t seem to get the greenlight for any films without Miles’ support and Rick Moreweather (Ray Romano) mourns the untimely death of his crime boss wife, Amara De Escalones (Lidia Porto)… but is she really gone?

The main storyline follows Miles, now living in a half-way house in Inglewood, CA. The hitman-turned-producer is a true cinephile. After making two films with laundered cash — and having his name removed from each one — and now a free man, the ex-con has plenty of time to plan his revenge on the studio chief who sent him away. The wonderfully uncomfortable Steven Weber is Lawrence Budd, the ultimate entertainment-industry antagonist, whose performance is maliciously delicious. So, will Miles’ life ultimately become a tragedy or will it be an unlikely success story?

After the past season concluded, Miles has been emotionally broken down in almost every way possible, with his wife divorcing him, custody troubles, never-ending attempts to escape his sordid past only to be continuously dragged back down into the various cartel clashes, all of this happening while he tries to take his talents to Hollywood. It was very smart of the screenwriters to totally remove that crowded backstory in order to take this terrific show into a new direction (at least for a few episodes).

I can only imagine how much trouble Rick will get into by adapting Amara’s life story into a feature film — possibly featuring JLo and John Stamos — and hopefully we’ll see more tongue-in-cheek humor that only a TV show featuring a behind-the-scenes look at the entertainment industry can bring. Adam Arkin and Davey Holmes have really hooked me, continually surprising me with Miles’ character and how I’m dying to see more of his grand scheme playing out through the rest of this season, while I guiltily can’t wait to see how he nonchalantly diffuses every difficult situation. He’s always thinking one step ahead of everybody else, which is why it’s so easy to root for this constant underdog.