What’s in Store for AMC’s FearFest? 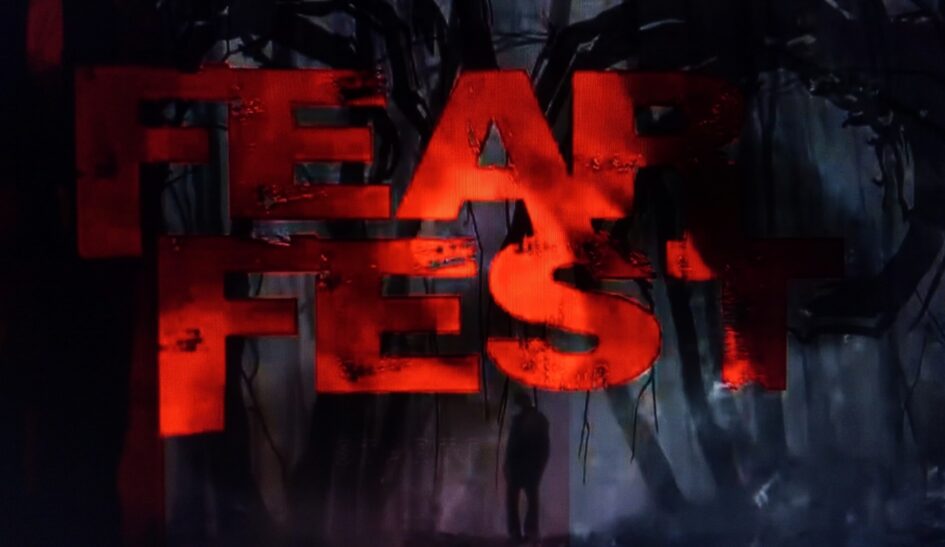 Each year, I patiently await October’s arrival for multiple reasons and this year, I was especially curious to see what AMC’s FearFest had in store for fans in the mood for some Halloween scares.

Psychological terror can be infectious. It’s absolutely one of the best types of horror subgenres and I can never seemingly get enough of it. What the mind can imagine often supersedes anything that could remotely play out on the big screen, but there’s plenty of great auteurs out there to keep horror aficionados on pins and needles. This year, FearFest attempts to focus fully on the franchises and cult classics that everyone needs to see (in case you haven’t seen them already).

Eli Roth’s History of Horror was a surprising highlight of last year, but no such high-concept projects are in the lineup this year. Nothing but horror movies — many of which have already aired on the station. Each day’s offerings seem to be themed, with Aliens, Jaws, Halloween, The Omen, Friday the 13th, Final Destination and Leprechaun franchises fully represented, along with a handful of Stephen King films and some cult classics scattered here and there.

You can’t forget new episodes of The Terror: Infamy and The Walking Dead, but I want more from the channel that continues to crank out terrific original programming. Take a look at our past complaints (What Happened to AMC’s FearFest?) and you can tell we take our horror seriously. We just released our Haunt Life Definitive List of Must-See Horror Films for 2019 and we’ve got the paranormal genre covered, but we still want something more from AMC.

Technically, FearFest actually began yesterday, airing a bunch of Jaws films before The Walking Dead‘s second new episode of the season premiered. Those movies are fine and all, but I’d really love to see the network purchase the rights to air some indie horror films for the duration of October. The very first distributor I’d talk to would be A24 Films. While The Witch, It Comes at Night, Hereditary and Midsommar are just some of the best of the bunch, throwing in some art-house horror would not be a bad idea at all to change up the pace for the viewers.

Apparently, AMC Premiere subscribers will be able to enjoy full and unedited theatrical versions of select movies, so it seems FearFest is at least attempting to up its status with fans of the genre, but has the network already been left in the dust by Shudder? I would say yes.

The network really made a mistake by not hiring Joe Bob Briggs as a host for his horror movie marathons. I would have really loved to see weekly editions of The Last Drive-In with Joe Bob Briggs, airing around midnight on the weekends throughout the year. Alas, he’s made a home for himself on the Shudder streaming service and after 20 years(!!!), the network STILL doesn’t have a public face to represent FearFest to the general public, and that’s a crying shame.

After reading Paperbacks From Hell, hiring author/researcher/horror journalist Grady Hendrix (along with assistant Will Errickson) would be a novel idea. I’m absolutely sure those two horror nerds could create something great for late-night TV. If not appearing as hosts of horror screenings on the channel (along with some great commentary), they could possibly create a talk show to discuss the latest news within the horror genre, possibly throwing in some interviews with other authors and filmmakers. They could also take their show on the road, filming content at various pop-culture and horror conventions that take place throughout the year. That could be incredible!

Coming up with fresh, innovative shows for FearFest isn’t really hard to do. I’m looking at you, AMC. Hire me and I’ll make a bloody splash with my programming ideas! Until then, check out this year’s offerings by AMC’s FearFest.