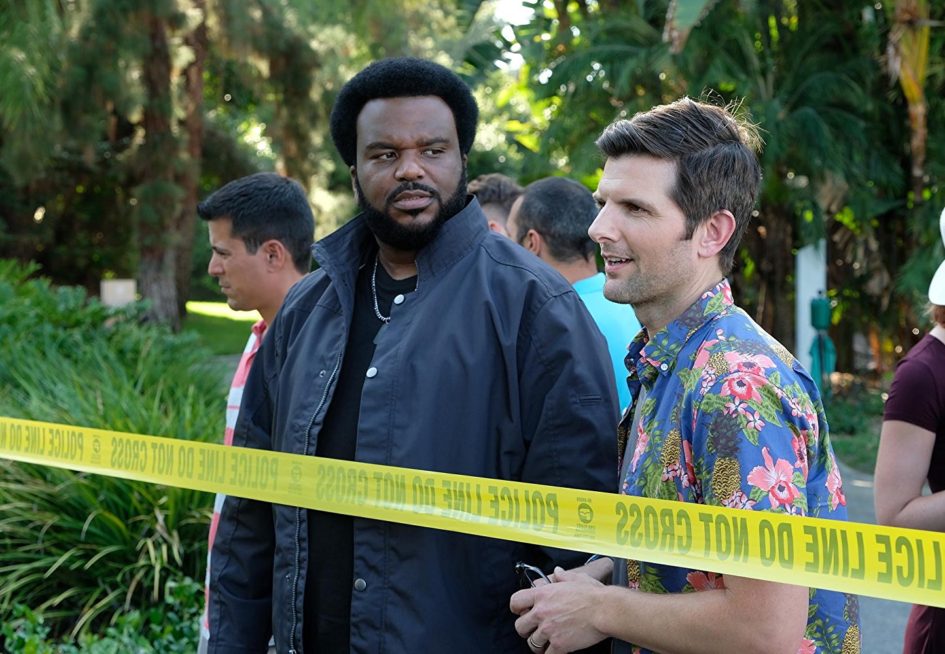 A skeptic and a true believer team up to investigate a series of unexplained events that could threaten humanity’s very existence. The truth may be out there, somewhere, but this is Ghosted, the new supernatural sitcom airing on FOX.

Leroy Wright (Craig Robinson) and Max Jennifer (Adam Scott) are kidnapped by a top-secret government agency and both are promised to return to greatness in their former jobs if they help out with one mission, consisting of two days. Previously, Leroy was a top missing persons detective for the LAPD (now working as a mall cop), while Max was a brilliant astrophysicist at Stanford (now a bookstore employee). The Bureau Underground studies the paranormal and anything outside the scientific realm, which was created to protect humanity from extraterrestrials, poltergeists, cryptids and any other supernatural threat.

The pilot dealt with a missing person who turns out to be an alien abductee, but the plot was merely a MacGuffin. The true reason for the episode (and the entire series, really) is getting these two guys together on screen, in order to watch what happens next. Sometimes it’s funny. Usually it isn’t. Once in a while there’s a sci-fi reference thrown around. Most of the time there’s something ridiculous happening. That seems to be the formula for this TV show.

After watching four episodes, the show’s mythology is slowly building, but different unsolved cases and incomplete storylines makes the deciphering process a little complicated. There’s very little paranormal in the pilot, but the second episode, “Bee-Mo,” featuring angry, little Zombie kids running around on Halloween was much better.

Adam Scott is trying hard not to be funny, while being certifiably crazy (which is an odd sight). Craig Robinson’s a serious, angry and seriously angry former police officer. Both actors are working hard at not laughing on screen. Neither one creates many laughs. Which is odd, since they’re both probably best known more for their comedic timing than their serious acting skills.

Before the series aired, I was looking forward to seeing this show more than the return of The X-Files in Season 11. While Ghosted feels more like a spooky spoof, after watching last year’s event series, I’m quickly losing interest in the agent’s further adventures and really wanted to see something else within that vein.

Overall Thoughts: OK, what’s the deal with the title? Since no ghosts can be found within the first four episodes, does it possibly refer to the dating term? Whenever music is played on the show, it seems to come from an ’80s soundtrack, making the show feel like it takes place during that decade, which is not the case. Speaking of music, anytime Craig Robinson has an excuse to sing a song on screen, it’s golden. Nice to see these moments purposely inserted into the script, in hopes of escaping too much exposition.

Final Thoughts: With Max being an expert in multiverse theories, how long must we wait until the topic enters the storyline? Also, in the show’s universe, every electronic device on the planet must have a wi-fi connection, so naturally the Bureau Underground can hack into them with the assistance of satellite technology. Not sure which direction this series is headed since the backstory is still being built for these characters, one episode at a time. With few laughs provided and a very thin storyline, the audience needs something relatable or something funny to bring them back for more. Hopefully this TV show will get the necessary time to grow. I want to believe there will be many laughs found in this show’s future.